Luckily the Deputy Sheriff and civilians only sustained minor injuries from the second accident. 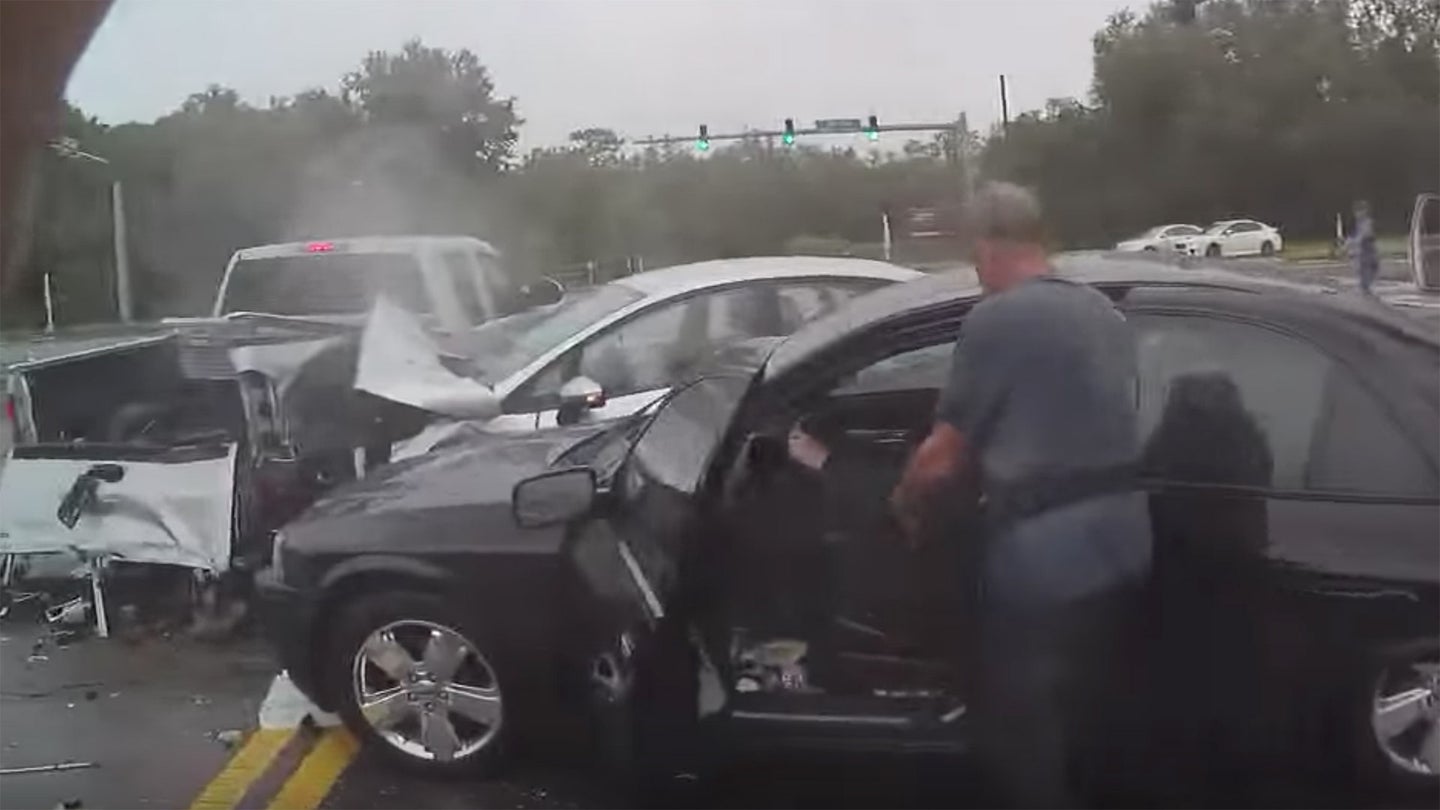 In the video below, we see dramatic body cam footage from a Pasco County Sheriff's Office as he and several other officers attempt to assist injured and disabled motorists after an accident. From the condition of the vehicles involved in the initial crash, it looks like someone was crossing through the intersection when then were hit by oncoming traffic, resulting in the vehicles' final resting place.

As deputies were investigating the scene and rendering aid, a silver Chevy Silverado crossed traffic and was t-boned by an oncoming car. The Silverado went flying across traffic and slammed into the already damaged vehicles. Several civilians as well as a deputy were thrown to the ground, sustaining minor/additional injuries. Sadly, this incident is a reality of how dangerous working in the emergency services can be. This is also the reason why emergency vehicles are often used to shield a scene from traffic. Due to the unique positioning of the scene and rainy conditions, the secondary accident does not seem far fetched.

In order to prevent such incidents in the future, various departments in the emergency services urge people to slow down when they see flashing lights or when road conditions are sub-optimal. We are glad to hear only minor injuries were sustained.