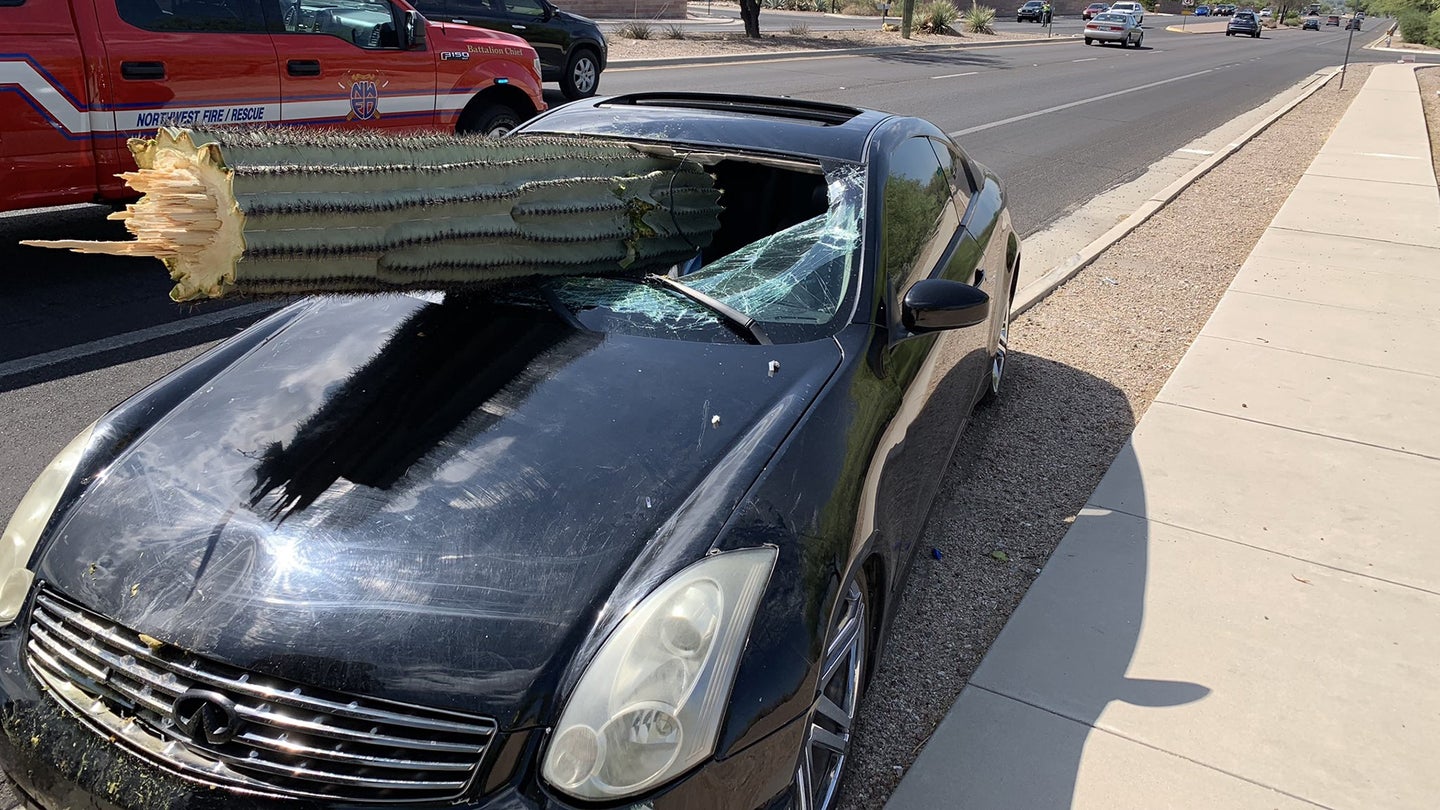 One Tucson, Arizona driver is counting their blessings after a saguaro cactus impaled the windshield of their Infiniti G35 while traveling down a highway. Details are limited but local news outlets say authorities responded to a report involving a car that crossed several lanes of traffic and went through a center median at around 9:20 a.m. Wednesday in the Catalina Foothills area of Tucson.

When police and other first-responders arrived at the scene, they saw this:

According to local affiliate Fox10, the cactus went through the windshield when the driver drove over the center median, sustaining only a few minor injuries. Pima County Sheriff's Department spokesman Deputy Daniel Jelineo noted that the driver showed obvious signs of impairment and was arrested on the scene.

No other injuries were reported, according to the Northwest Fire Department’s tweet on the accident.

While it might seem like a Looney Tunes scene featuring Wiley Coyote and Roadrunner, saguaro cacti are no joke. Native to the Sonora Desert and one of the many agricultural icons of the southwestern United States, saguaros can grow to be over 40 feet tall with a girth of around 10 feet.

During the rare times that it rains in the Sonora, a fully hydrated adult saguaro can weigh anywhere in the neighborhood of 3,200-4,800 pounds, or about the same weight as many modern cars. That’s beside the fact that the saguaro's pricks can leave a lasting mark if one has an unfortunate run-in with them.

Although it’s probably not as severe as hitting, say, a solid tree trunk, the driver is still incredibly lucky to be alive.