Even with its groovy dance moves, the creature depicted in this video is downright bizarre—extraterrestrial or not. 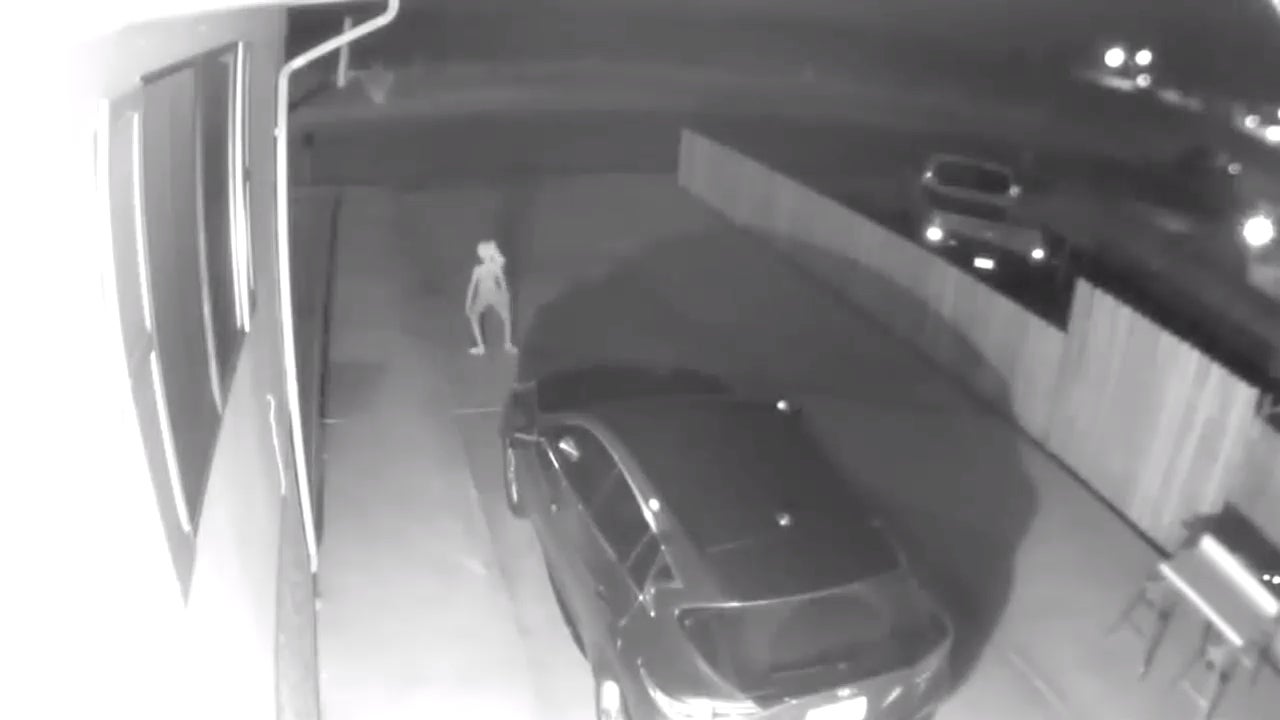 A Colorado woman's security camera captured what could either be a close encounter of the third kind... or just a nude crackhead enjoying their night out. Regardless of the creature's provenance, it appeared to be having a good time near the woman's Infiniti QX30.

Vivian Gomez explained in the caption of a video she posted to her personal Facebook page on Thursday, that she was examining her home's security camera footage when she saw this unidentified bipedal creature strutting around her property. According to Gomez's claims, the footage was recorded sometime around 9:00 p.m. on Saturday, June 1.

So I woke up Sunday morning and saw this on my camera and am trying to figure out...what the heck?? First I saw the shadow walking from my front door then I saw this thing....has anyone else seen this on their cameras?? The other two cameras didn’t pick it up for some reason.

In the original video, which has already surpassed 10 million views as of Tuesday morning, the small bipedal stumbles past her Infiniti and down her driveway. Based on the size of the QX30 it walks past, it appears to be only around the height of the vehicle's door sills, likely putting it between four and five feet tall—the size of a child.

Gomez says in the comments section she lives across from a high school, but given that school is out in most of Colorado and that the video was recorded on Saturday evening, the odds of this being a high schooler's prank are slim. As for whether this video depicts a human, those odds are more favorable. While the thing's proportions are strange, and somewhat gangly for a human, they appear to be wearing a floppy, wide-brimmed hat, if not also flip-flops and underwear.

Just what someone might have been doing running around a residential area in a partial state of undress on a Saturday night isn't clear, but we're more likely to attribute this occurrence to drugs than aliens. A close encounter of the hallucinogen kind, if you will.

Colorado Axes Plan to Blow Up 8.5M-Pound Runaway Boulder, Will Modify Highway Instead

It was $200,000 cheaper to reconfigure the road around the house-sized boulder, which will now become a state landmark called Memorial Rock.