Infiniti to Withdraw From Australia in Late 2020 Due to Poor Sales: Report

Although luxury car sales are at an all-time high, Infinitis are selling so poorly that the automaker already planned to pull from Western Europe. 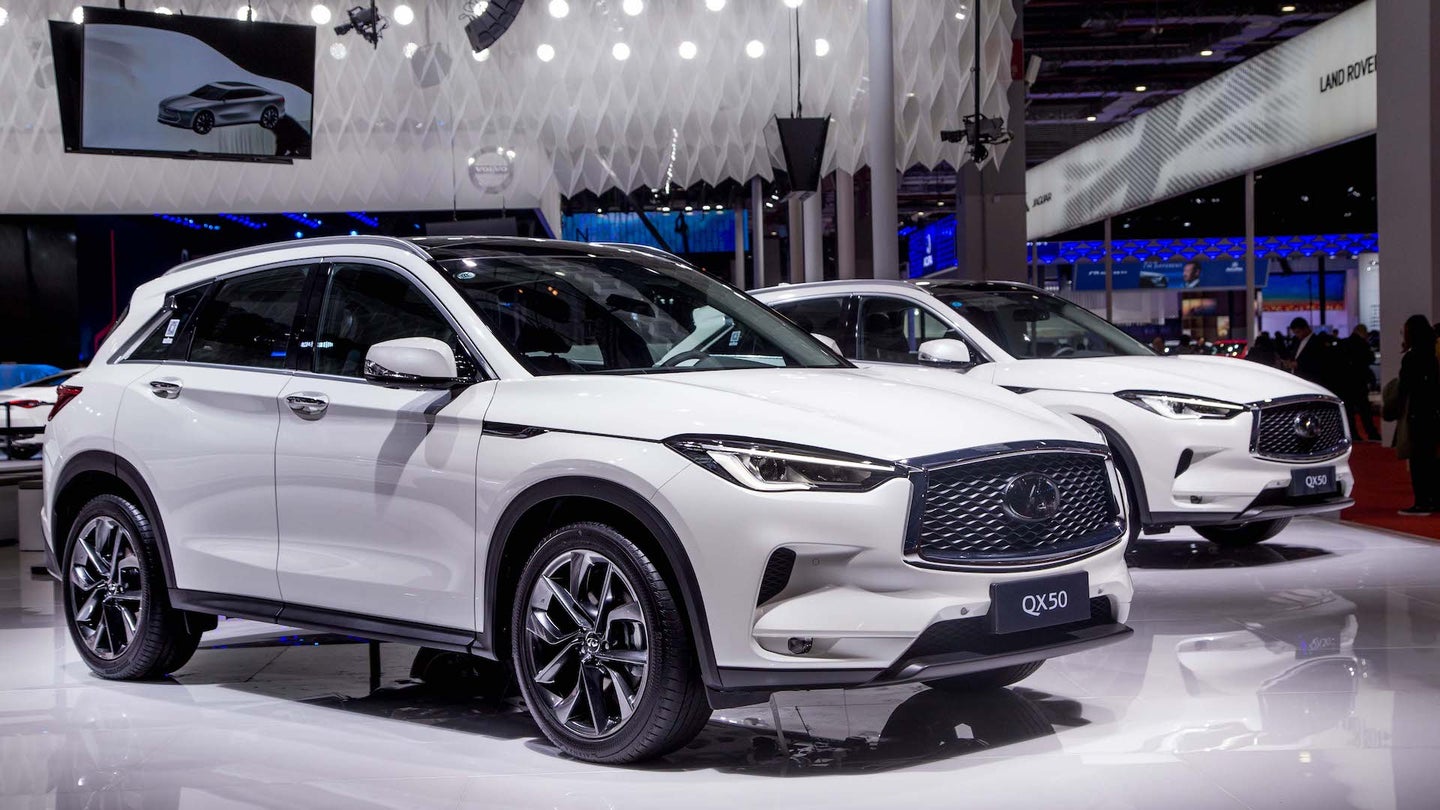 After seven years of hacking away at the Australian luxury car market, Nissan's premium subsidiary Infiniti has reportedly called it quits and will withdraw from the continent in late 2020.

Infiniti informed its dealers and service centers of the plan Monday according to news.com.au, and reportedly issued a same-day release explaining its planned retreat from the Land Down Under as "the next step in a strategic plan that will provide greater efficiencies."

Translated from Corporatese, this means Infiniti's Australia venture was losing the company money, rather than earning it, and when you look at the company's performance in the region, it's easy to see why. Annual sales for Infiniti Australia peaked in 2016 when the company moved just 807 cars in a market that bought up 1,178,000 new vehicles during that time according to Cars Guide. Sales have reportedly only fallen since and as of September 2019, Infiniti's lifelong Australian sales reportedly tally only 4,274.

Infiniti's Australia pull-out will reportedly resemble its withdrawal from Western Europe, which is slated for earlier in 2020. There, Infiniti will continue to support its customers with parts, service, warranty work, and used sales, though new vehicle sales will cease. This scheme will reportedly be mirrored in Australia, with the automaker reportedly stating that it "is committed to fulfilling its obligations to customers in Australia."

Giving up on Australia will "have no impact on Infiniti's ongoing operations in Eastern Europe, Middle East, and Asia, which continue to grow," according to a company statement quoted by Which Car. Infiniti has previously explained that with its retreats from Australia and Western Europe, it will be able to focus on its golden goose markets of the United States and China by introducing new vehicles such as the QX55 coupe-over and electrifying its lineup. Even these markets, however, aren't safe havens, as Infiniti's U.S. sales fell year-over-year from their high in 2017 and are on track to slip again in 2019, raising questions about the marque's health.

We’ve only just been teased, but the SUV Coupe will be ready by next year.