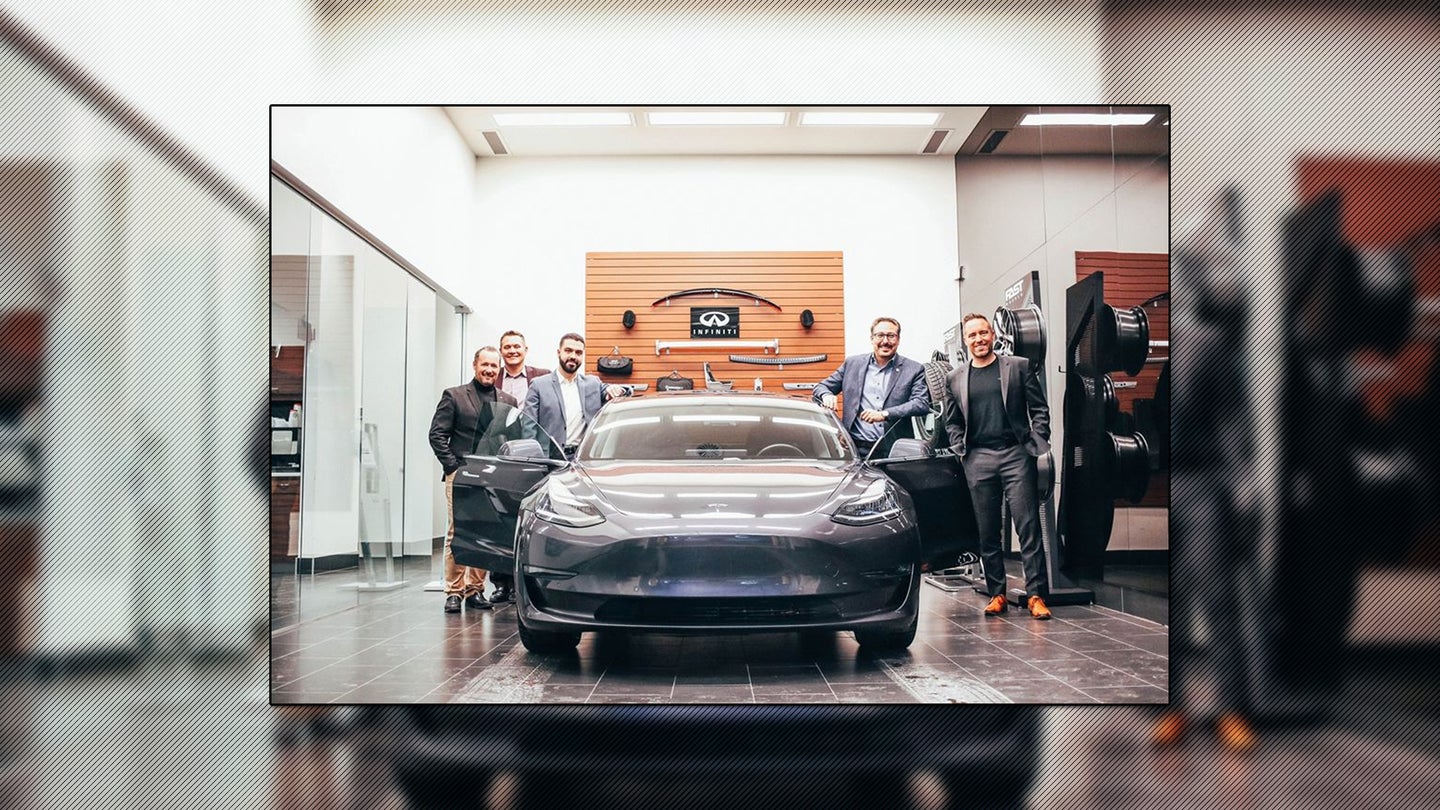 As the decade comes to an end, most automakers are investing heavily in electric vehicles (EVs) and rolling them out to semi-early adopters who await them with open wallets. Most of them except Infiniti, of course, who despite having the know-how from its parent company Nissan, it still hasn't rolled out a full EV. Combine this with an aging lineup of vehicles, and it explains why the luxury automaker's sales are downright catastrophic.

Case in point is an Infiniti dealership in Canada, who recently bought a Tesla Model 3 for the only purpose of selling it right back to one of its loyal customers. The reason? The customer really wanted an EV and Infiniti doesn't offer one.

First reported by Electrek, an Infiniti dealer in Sherbrooke, Quebec had an important customer who frequented the dealer for "many years" and was interested in purchasing a vehicle. His biggest stipulation for the purchase was that the vehicle had to be electric. To solve the problem, the dealer sourced a Tesla Model 3 and made him very happy—or so we hope.

Once the dealership decided to do this for its customer it didn't take a whole lot of time to make it happen. CEO Elon Musk has previously stated that customers can order a vehicle online in under two minutes without the need to visit a dealership or deal with any salespeople, so that played into the hands of the Infiniti folks. The dealership clarified on Facebook that the Tesla was used, but it didn't elaborate on the back-end of the deal. However, we can only imagine that the price of the Tesla must've been attractive enough for the dealership to make it worth the hassle.

With the dealership going out of its way to find the perfect vehicle for the loyal customer, it hopes that he will turn to them once again when Infiniti unveils its line of fully electric vehicles in 2021. If you ask us, however, he might find it hard to switch from an automaker that offers cutting-edge tech to one that currently doesn't. But only time will tell.