Video of a Tesla Model 3 that was fully penetrated by a metal guardrail from front to rear surfaced on Twitter Monday night. The footage doesn't explain how the jaw-dropping crash happened, where it occurred, or who was at the wheel, but it does show a gnarly collision that anyone would be lucky to walk away from. However, upon taking a closer look, there are a few things about this skewered Tesla that simply don't add up.

In a nutshell, this Tesla crash resembles many other scary crashes that involve cars driving directly into highway guardrails. When this kind of unlucky crash happens, the guardrail's sharp edges cut through a car's body until the vehicle comes to a complete stop—but by that time the guardrail has typically entered the cabin. Ultimately, it depends on how fast the vehicle was traveling at the time of impact.

In this specific case, the driver (or software) of the Tesla must've been traveling pretty darn fast in order for the guardrail to exit through the trunk. Not only that, but it quite literally looks like five or six feet of guardrail actually made it out of the rear of the car.

It's when you look at this and other details about this crash that things don't make sense. For example, the front bumpers looks to have perfectly cut openings where the guardrail penetrated the vehicle. In a normal collision of this nature, the front ends are usually smashed beyond recognition. Now, we know that unlike most vehicles, the Model 3 doesn't have an engine, but still, one would expect the front bumper to look...a bit more damaged than this. Also, there appears to be heavy damage on the passenger front side of the vehicle, yet the guardrail goes directly through the middle of the car, into the cabin, and out the trunk in spectacular fashion.

There's absolutely no denying this Model 3 was involved in a crash, but is it possible for it to have been skewered this badly and the front bumper look like it was neatly cut out? More importantly, guardrails don't magically hover over the road ready to be impacted by cars; they're held by wooden or metal posts, which when impacted, cause a big enough shock to deploy the airbags. In this case, the airbags didn't deploy—and even the touchscreen is still functioning.

This awry footage was uploaded by Qniversal Studios, a sort of parody Twitter account that doesn't appear to be the owner of the vehicle or even be related to the person piloting the Tesla at the time of the crash. It's also unknown who actually recorded the video and did all the narrating, but it's safe to say the nature of the crash has them in some sort of shock. Another Twitter user shared location coordinates on the thread comments, pointing to what appears to be the location of the crash, and if accurate, the crash allegedly took place near Miami International Airport.

Perhaps another Florida Man story in the making? 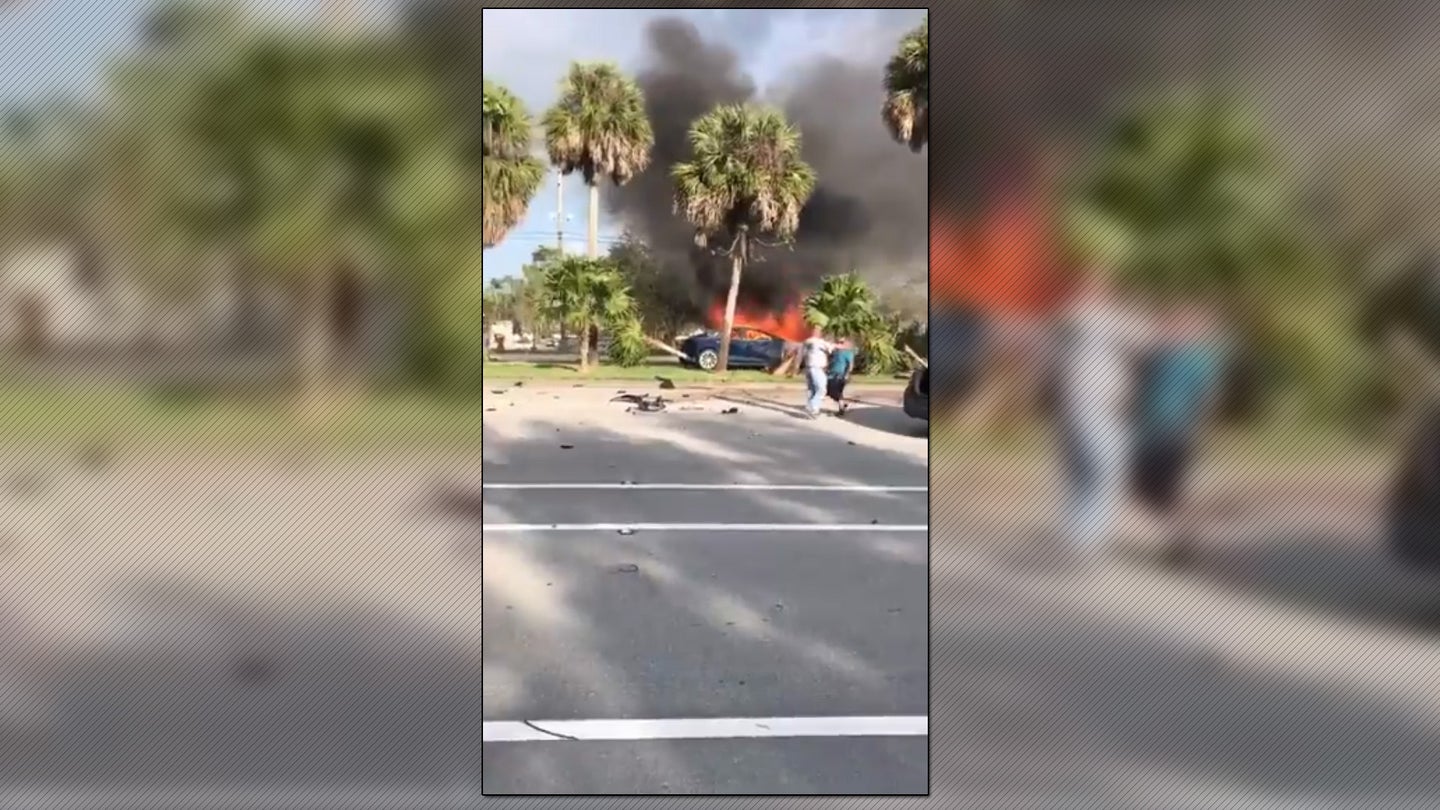 One accident involved a man trapped in a burning Model S while the other incident featured a Model 3 with its roof sheared off after a crash. 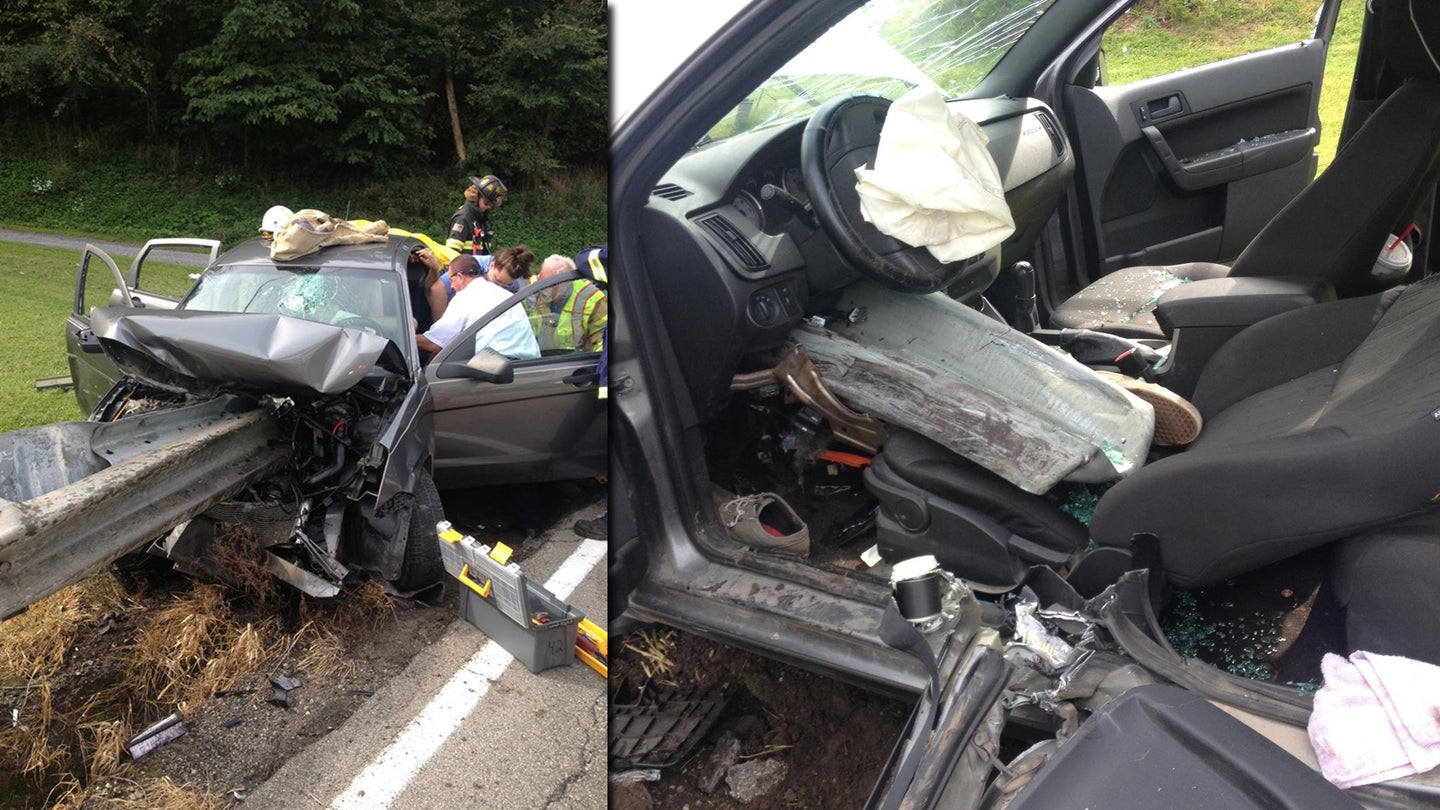