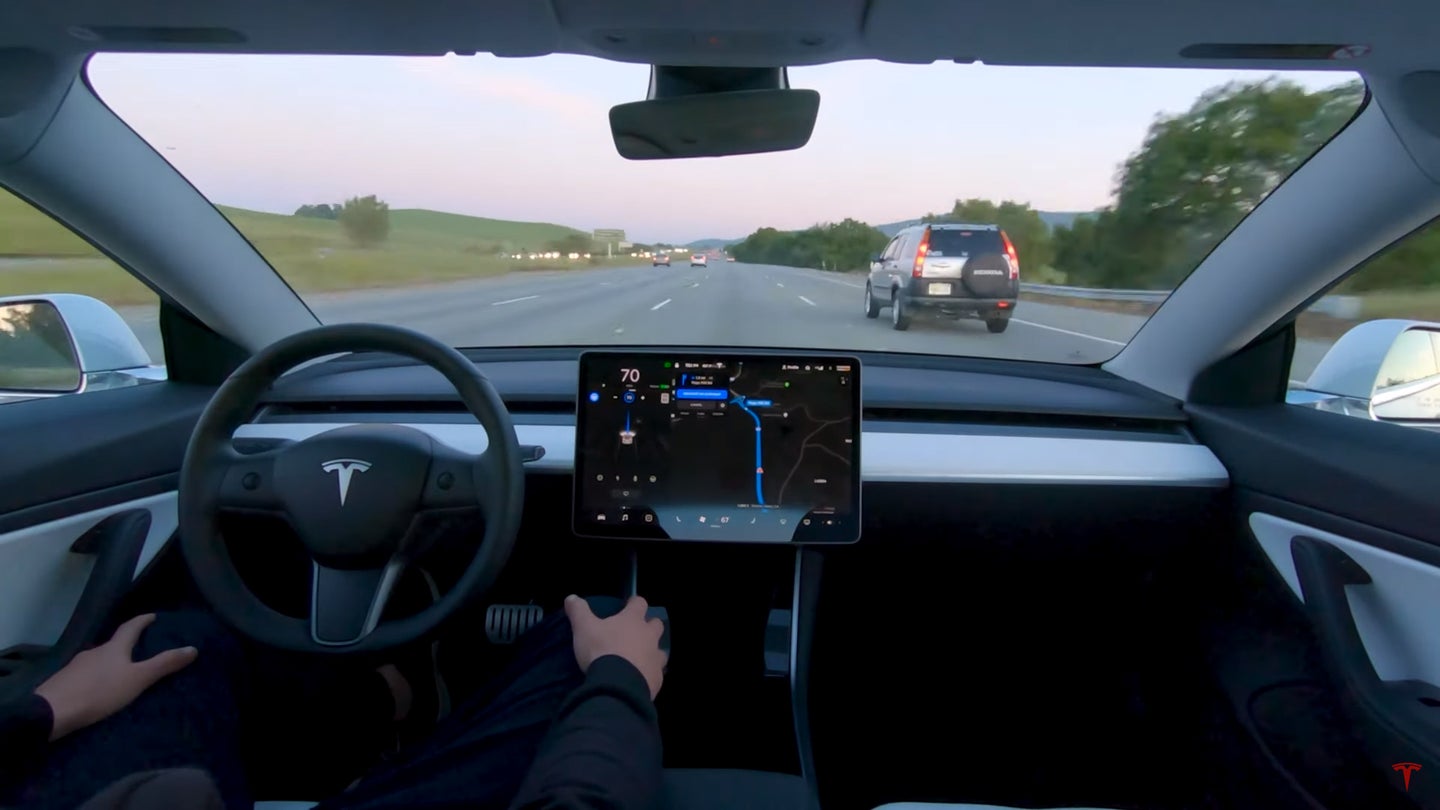 Tesla released a video of its Model 3 sedan taking a fully autonomous drive in sunny California, following its "Autonomy Investor Day" presentation on Monday afternoon. Of course, a human was sitting behind the wheel for safety reasons.

The nearly two-minute-long video begins with the safety human confirming the planned route via the Model 3's column stalks. Next, Navigate on Autopilot takes over, controlling the vehicle's steering, acceleration, braking, and signaling without any driver input. The vehicle completes the course and ends by putting itself in park. Once it's all said and done, the driver exits the vehicle without having to touch the steering wheel in a controlling manner a single time over the course of the drive.

While the video is admittedly impressive, it's important to note that the route doesn't address many possible road conditions, or even the average commute most civilians have to traverse every day. There was very little traffic on the road, only basic road signs that prompted the Model 3 to "stop and go"—at the very most—and few road markings. In addition, the self-driving Tesla didn't have to deal with cyclists or pedestrians possibly crossing streets unexpectedly.

Also, funny enough, the Model 3 was traveling 10 miles per hour faster than the posted speed limit at some point in the video.

Attendees at Autonomy Investor Day were also said to have been able to demo Tesla's Full Self-Driving suite, though they were reportedly not permitted to record.

Tesla demoed a very similar drive before in a Model S all the way back in November 2016. When comparing the two, it's clear that the Model 3's newer hardware and programming have come together to offer smoother inputs and more precise driving. The Model 3 in the video above is using Tesla's newest purpose-built Hardware v3, a specifically-designed ASIC which has enough compute power to meet the automaker's self-driving goals.

Nevertheless, Tesla's CEO Elon Musk claims that Autopilot is one of the many features that makes the automaker's vehicles an "appreciating" asset, especially as its vehicle and software prices continue to rise—despite Musk's claim that sales are inhibited by high cost. The first price jump for the advanced software will be occurring on May 1st.

The full four-hour presentation of Tesla Autonomy Day can be seen below:

Elon Musk adds the MIT-AVT study to his list of misleading Autopilot safety claims by glossing over key factors, both disclosed by the authors and not.