A couple engaging in explicit acts while driving on the highway triggered Musk, but did he miss his chance to "step up?" 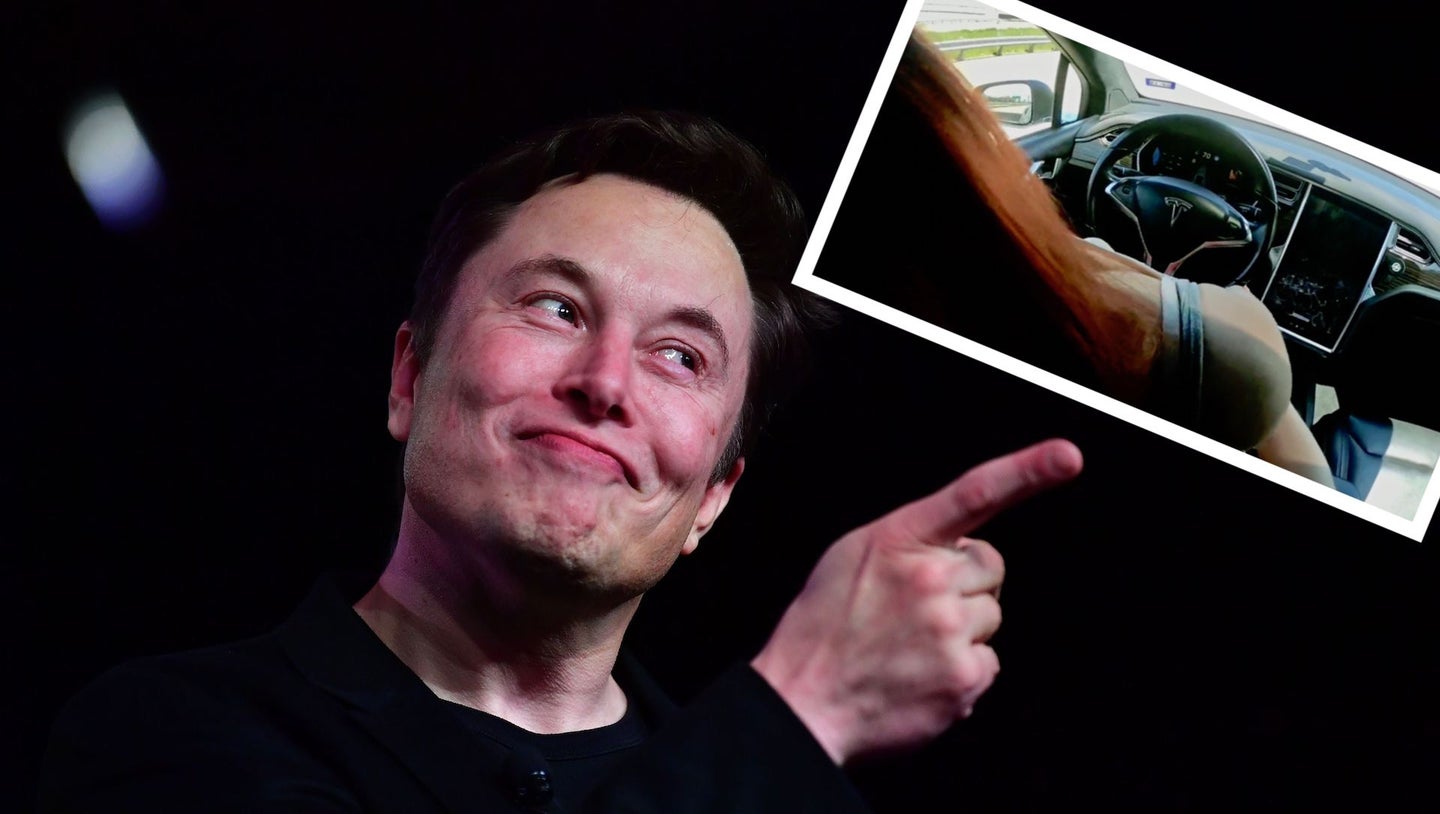 Media-attuned Musk and Tesla under him have insisted at every turn that Autopilot crashes are not the responsibility of the company, but the end user. It blames misuse and contests in court that if drivers don't use Autopilot as instructed on Tesla's website—hands on wheel, eyes on road—the customer is legally accountable for what the vehicle does. Therefore, a video depicting flagrant misuse of Tesla's most controversial technology makes for a perfect opportunity to condemn improper use of Autopilot, and educate the public.

But that's not what Musk chose to do.

Make no mistake, we believe Musk's Twitter posts saying "more ways to use Autopilot than we imagined" and "shoulda seen it coming" are reactions to said pornographic video, but we can expect Tesla's legal or PR team will claim otherwise. These tweets could indeed be brought up in court, as Tesla faces a wrongful death lawsuit related to a fatal 2017 crash of a Model X—but only time will tell.

Though the lawsuit specifically pertains to alleged failings with the Autopilot system that resulted in the death of the SUV's driver, Tesla has been accused of capitalizing on consumer ignorance regarding the capabilities of its driving assist technology. As such, this tweet could eventually be used as evidence if such a matter ever arrives in court.

Color us crazy, but this would've been a perfect opportunity to denounce the misuse of Autopilot.