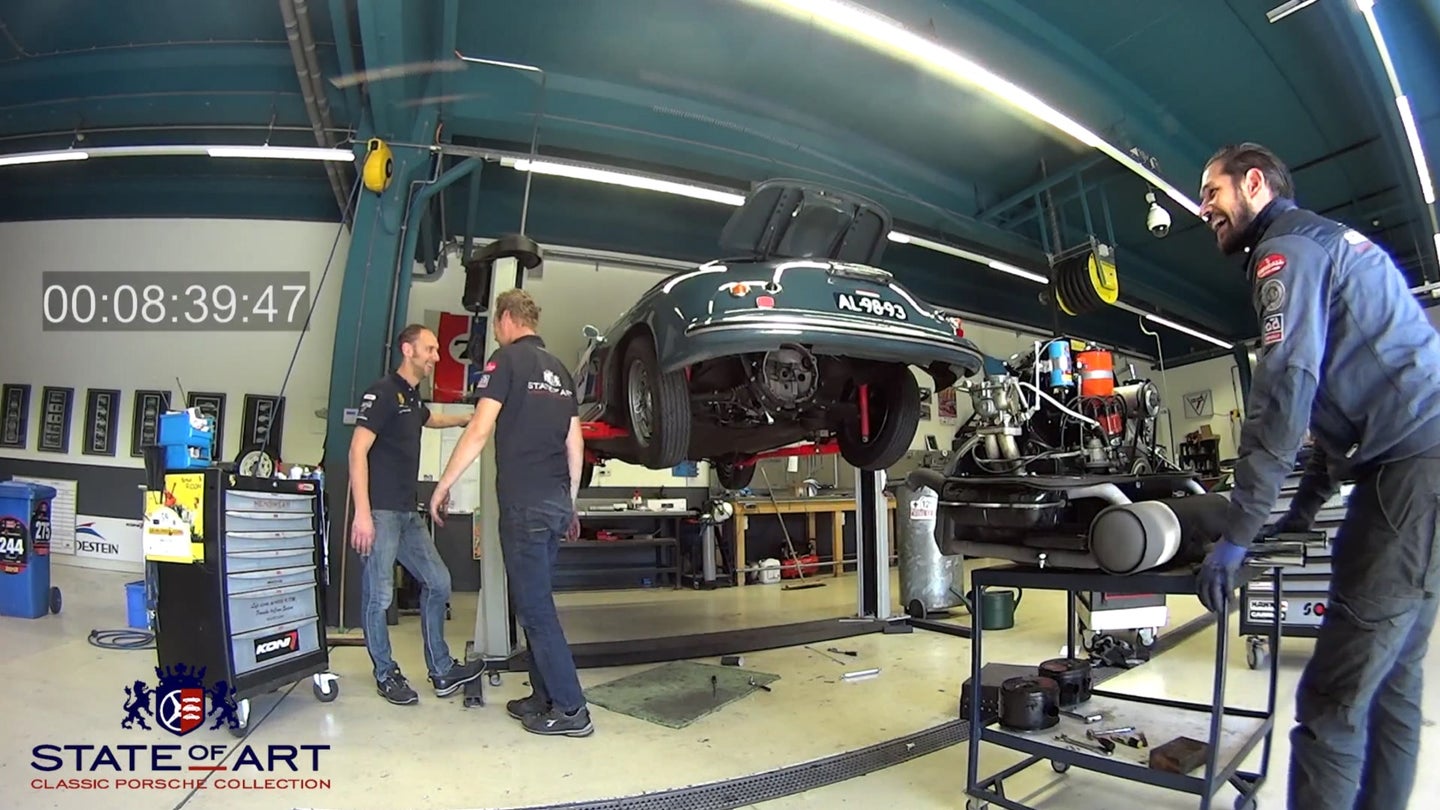 It goes without saying that Porsche's 356 is a pretty simple car. The type-616 aircooled flat-four is mostly a self-contained unit, and removing one from the back of a 356 isn't all that complicated. With three guys, a two-post lift, a full bevy of well-organized tools, and an engine stand, they managed to squeak the engine out in just under nine minutes.

Sure, that's not quite start-to-finish, as it does take some time to pull the car into the shop and get the lift properly aligned to lift the rear-heavy car, but we're still blown away at how organized these guys are. They work almost as a single mind, never getting in one another's way, never dropping anything, and never being in the wrong place. Smooth, fluid, even-keeled, and deeply knowlegeable about what needs to be done and in what order, these three gents are excellent examples of the kinds of shop hands you want working on your cars. They're quick, but not ham-fisted.

Okay, so all you need to disconnect to remove a 356 engine is the ignition lead, the engine tin, the transmission bell-housing bolts, and the throttle linkage, but that doesn't make this feat any less impressive. Everything in the engine compartment is complete by the four-minute mark, and its the transmission bolts that take the longest. This procedure would likely take someone like me an hour or so at least, figuring at least ten minutes of searching around the shop for the 10mm socket that was *just* in my hands thirty seconds ago! It's almost like having an organized and methodical approach to taking apart a German car in a clean shop is the key to getting things done quickly.

It took longer than 9 minutes to write this.