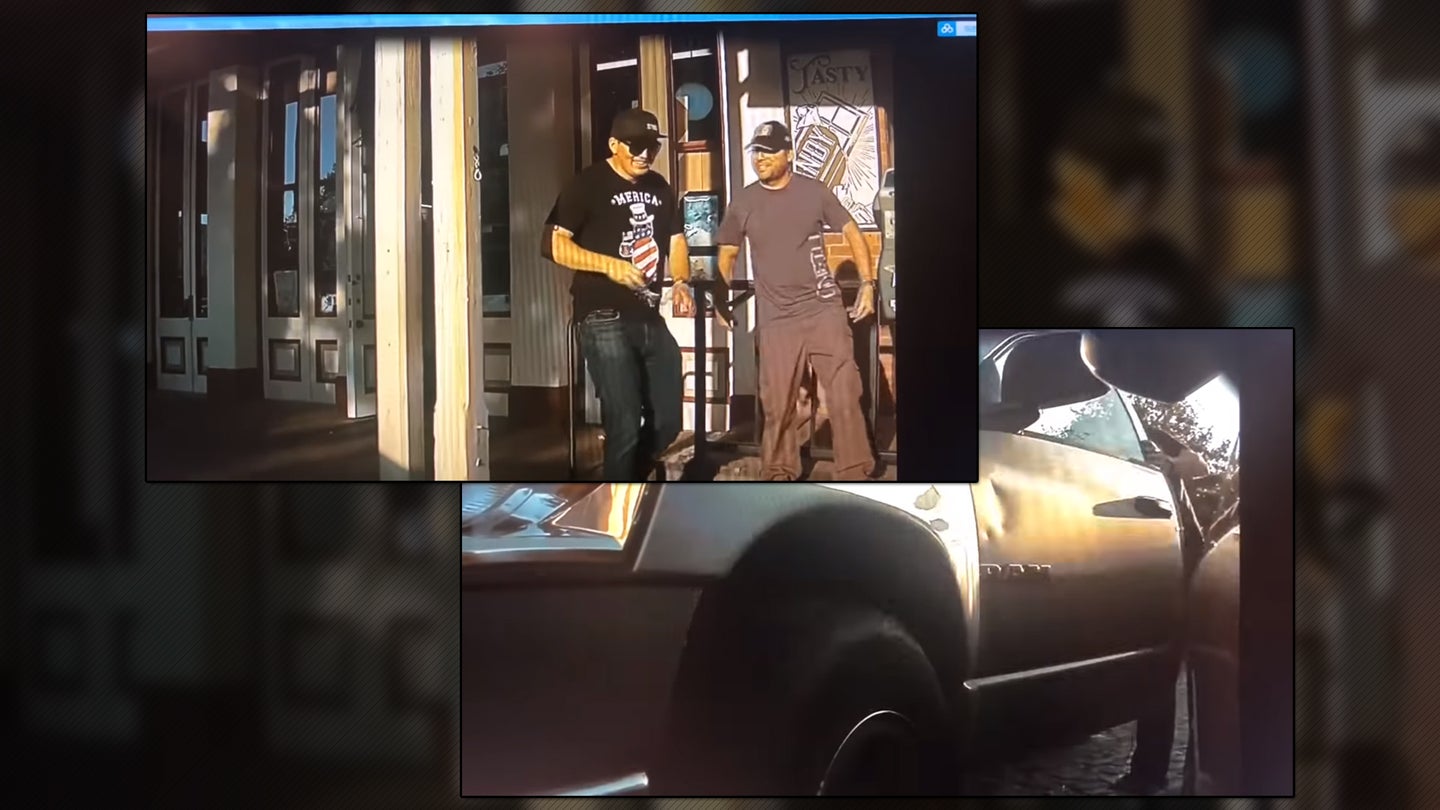 Having your car vandalized sucks, and oftentimes victims of these hideous crimes must pin their hopes of catching the wrongdoers on bystanders or private security cameras nearby. However, Tesla owners are a bit better prepared for these kinds of stupidities. Recently, the owner of a Tesla Model 3 found himself up close and personal with a pair of vandals who repeatedly keyed and door-dinged his electric car, but luckily, the whole thing was caught on the car's own security camera system called Sentry Mode.

The video below, which is actual footage taken from the Model 3, shows two males in Sacramento, California approaching the Ram pickup truck parked next to the Tesla. After investigating the area near the truck's door handle for several seconds, one of the men reaches into his pocket, pulls out a set of keys, and goes to town on the Tesla's glossy paint.

After the insufferable duo is done keying the car, they return to the front of the Model 3, not knowing that they're only gifting the world with a better look of their smug faces yet again. After laughing around for a few more seconds, one of the men goes to the driver's side of the truck and swings the door wide open, door-slamming the Tesla pretty hard in the process. Meanwhile, his accomplice isn't done with the shenanigans, as he comes back once again and keys the Tesla once more before leaving.

It's not clear if the owner of the Tesla intends to file a report, or already did, however, they do note that damage has been estimated to cost more than $2,000 to repair; enough to charge the vandals (if found) with felony vandalism.

Sentry Mode operates by recording footage from Tesla's Autopilot cameras when a driver enables the feature before walking away from their vehicle. When a "minimal threat" is detected by the car, the car's large 15-inch touchscreen displays a warning to notify those around it that it has begun recording. The car saves the recording to a flash drive that the driver has plugged into the cabin, and will notify the driver on the screen when they return that an event has been captured.

This is surprisingly not the first time that a keying vandal has been caught on Tesla's Sentry Model. A woman was caught and charged this past April for the same kind of stunt, all thanks to the Tesla's cameras.