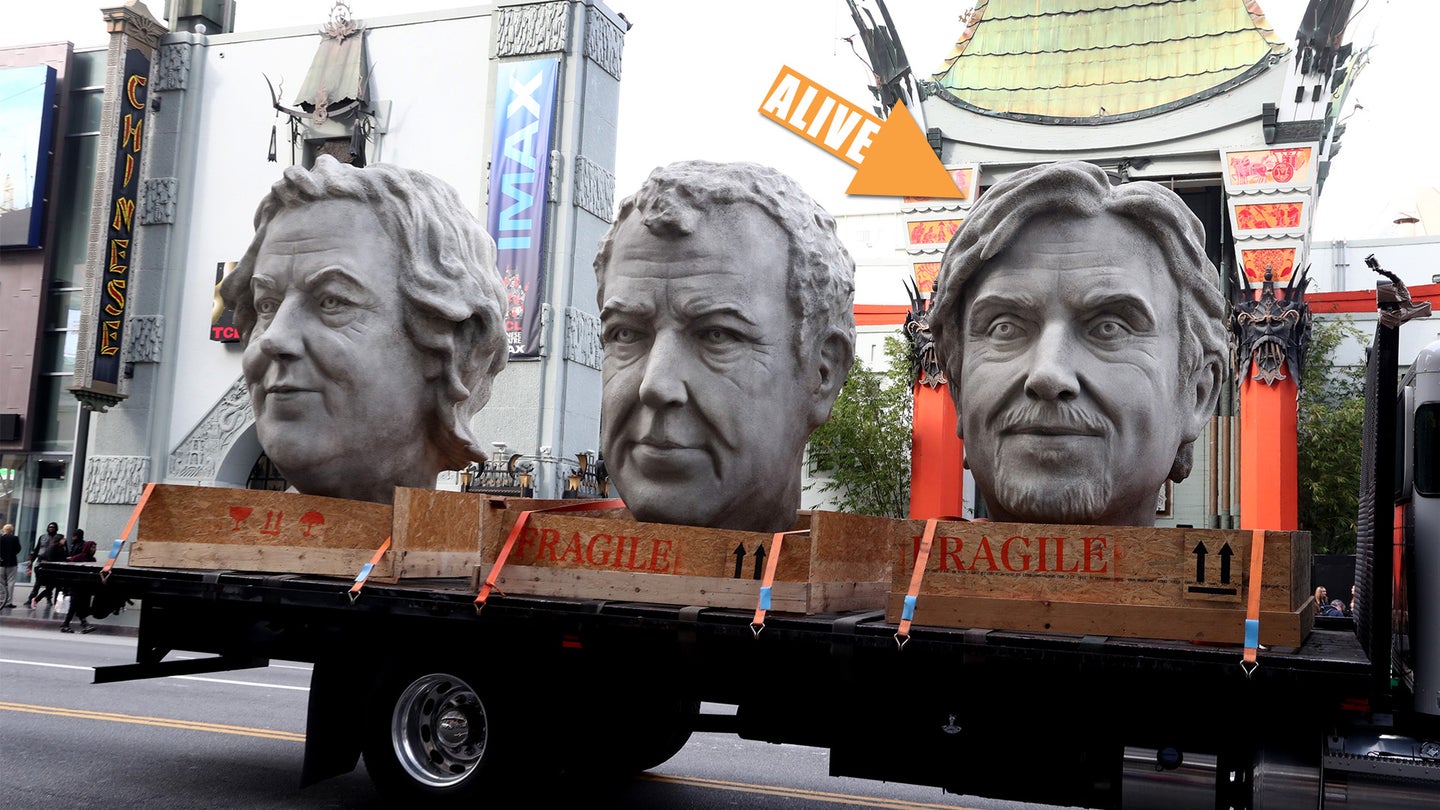 Mozambique, an African country known for its culturally influenced food and diverse music, is the location where the iconic trio behind The Grand Tour were filming. Word has it, host Richard Hammond was filming a segment on a motorcycle when he reportedly ejected from the bike. It is unclear what caused the accident, or if Hammond was wearing any sort of safety gear at the time.

But, good news! Rumors were confirmed by Hammond's own post on DriveTribe, confirming that:

The Hamster, which is the star's affectionately coined nickname, also mentioned that he "Can't tell you more yet about the how and why of it; that's all for later in the year on the show". Kind of exciting news, as this leads us to believe that the crash or at least a recollection may be featured on an upcoming episode of next season's The Grand Tour.

Hammond was reportedly knocked unconscious, but was not taken to the hospital because, well, according to Jeremy Clarkson, "We don't do hospitals". And even if they did 'do hospitals', many areas of Mozambique are still quite remote, making proper healthcare difficult to find

“Richard was traveling quite fast when he came off. It cause instant horror on set. There was a lot of concern. If his injuries had been serious it wouldn’t have been easy to get medical attention. It’s very remote there and facilities are basic.

The lads are known for having a laugh on set but Richard’s previous accident is still fresh in their minds. They were all shaken by the latest incident.”

Which accident, you may ask? 11 years ago, Hammond suffered a near fatal collision while behind the wheel of a vampire drag car, when the front tire burst at nearly 290 miles-per-hour. This previous accident damaged his posterior cortex, which is responsible for handling the mind's awareness to the body relative to objects around it (also known as 'spatial awareness').

In any means, we are certainly glad that he's doing alright and jumped right back into the classic banter between the bunch of buffoons we love to watch.