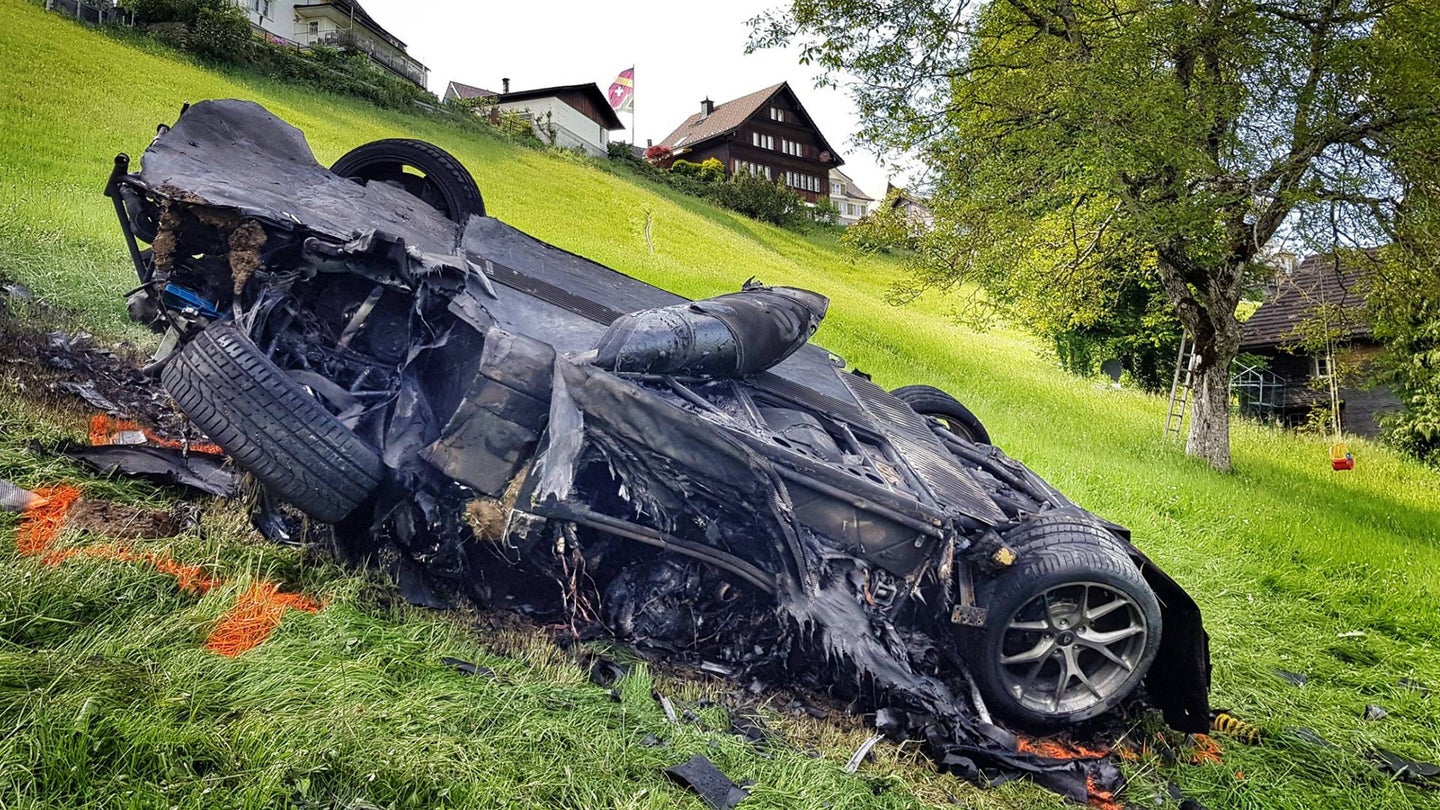 As little pieces of the destroyed Rimac Concept_One continue to roll off that Swiss hillside à la The Iron Giant,

Writing an op-ed in the U.K.'s Express this weekend, Hammond's wife Amanda Ethridge describes being stuck over 500 miles away in England as she learned of his most recent brush with mortality and struggled to navigate the chaotic aftermath. Right away, it's striking how she talks about his escape from the Concept_One moments before it burst into flames—to her, it's less a heroic close call than a stark reminder of the fragility of things.

"None of us in our little family dare consider what the outcome would have been if Richard hadn’t scrambled his way out of that car last weekend," Ethridge writes.

She first got news of the crash from Richard Hammond himself, who called her from the stretcher as he was being loaded onto a Medivac helicopter to let her know he "had a bit of a shunt" and "might have done my leg," but was otherwise okay. It was James May who filled in the horrifying details in a follow-up call minutes later, and it sounds like Captain Slow was on his game that day, reminding paramedics of Hammond's lingering brain injury from his 2006 jet-powered dragster crash and riding in the helicopter with Hammond to the hospital.

The rest of the day was a blur to her. There were tearful, almost wrenching moments as she explained what was happening to her children and they all tried to process it together. A plan to fly him home before the operation was quickly scuttled, and 24 hours later she was on a plane to Switzerland to be by his side as he recovered from extensive orthopedic surgery on his knee.

The rehab won't be easy—she notes the Hamster's "had a very uncomfortable few days and the bruises are really starting to bloom," and adds that he's a "terrible patient"—but at least he's home in one piece. It will be at least a few months before Hammond can drive again, though even that might be too soon for his family.

"Most of us are fortunate to escape looking death in the face. Richard has done it twice—and that’s two times too many," Ethridge writes. "Although honestly, the lengths some people will go to just to get out of walking the dogs."