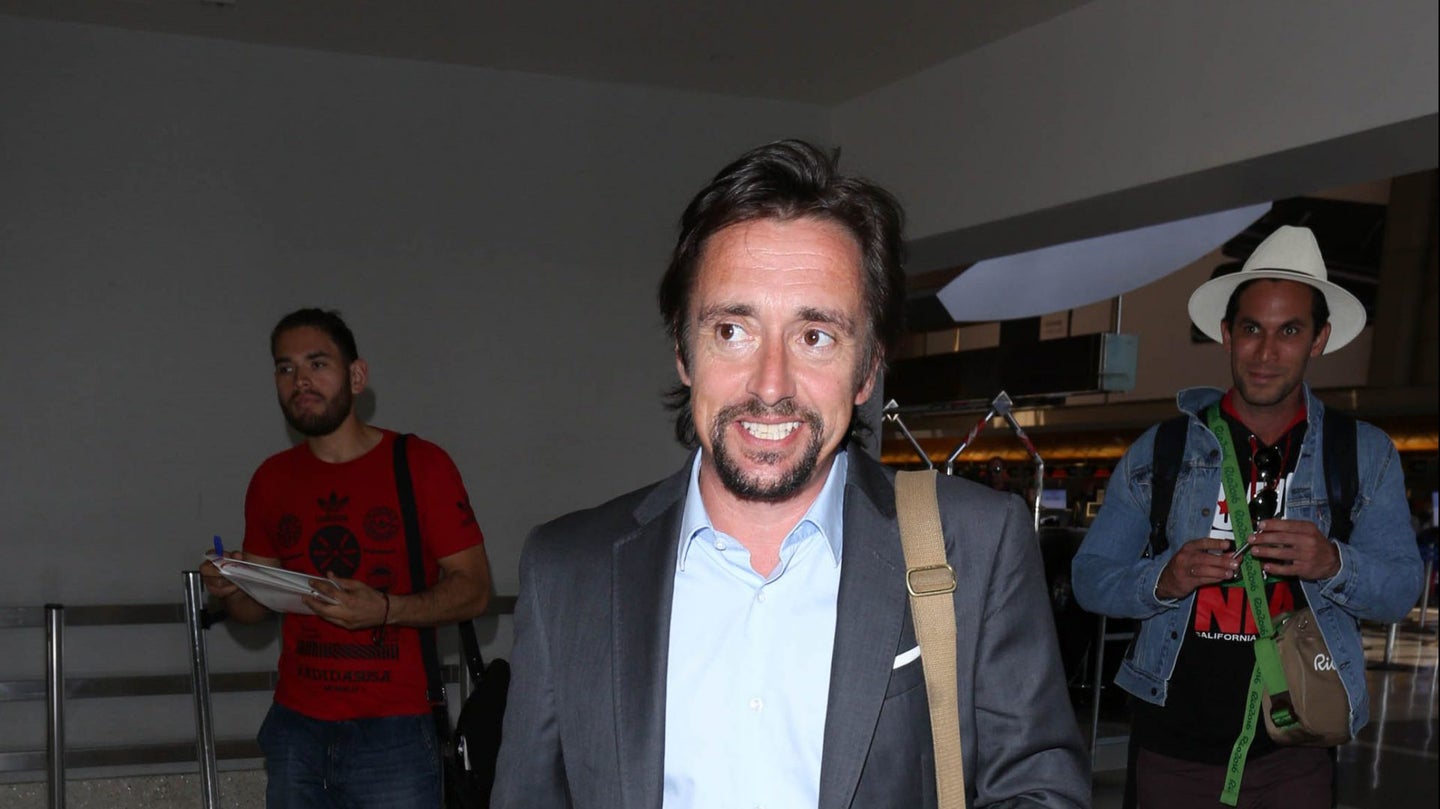 Despite what you may have heard, no, Richard Hammond's house has not been burgled.

Throughout the weekend, reports from multiple U.K. news outlets surfaced alleging that a 20-acre castle in Herefordshire owned by Grand Tour presenter Richard Hammond had been broken into and ransacked. The Telegraph called it a "James Bond-style raid," in reference to how locked down and secure the place is. The Sun even goes as far as calling the $2.8 million (2 million pound) castle "Fort Knox."

(As an aside, yes, $2.8 million will apparently get you a freakin' 20-acre, iron-gated castle in Britain. For all of our readers located in San Francisco, New York City, or any number of overpriced metropoles, let that sink in for a minute or two.)

In response, Hammond himself posted a video to DriveTribe on Monday cheekily and succinctly calling out the reports as "utter bull-REDACTED." Baloney. Fake news. False reporting. It didn't happen.

Given that this is filmed from behind the wheel of the British TV star's beloved 1963 Opel "Oliver" Kadett acquired back in the Top Gear days, I think it's safe to say Hammond, his home, family, and possessions are secure. I mean, if one were to rob Richard Hammond, the first thing on the To-Steal List would be Oliver, would it not?

The apparent non-news comes just a couple weeks after The Daily Mail published a questionable report that said The Grand Tour would not continue past Season 3, a claim Jeremy Clarkson also swiftly shut down on social media.

While the whole non-robbery situation is definitely perplexing, given the famous motoring trio's history, we can't help but wonder if this is all part of an elaborate prank by colleagues Clarkson and May.