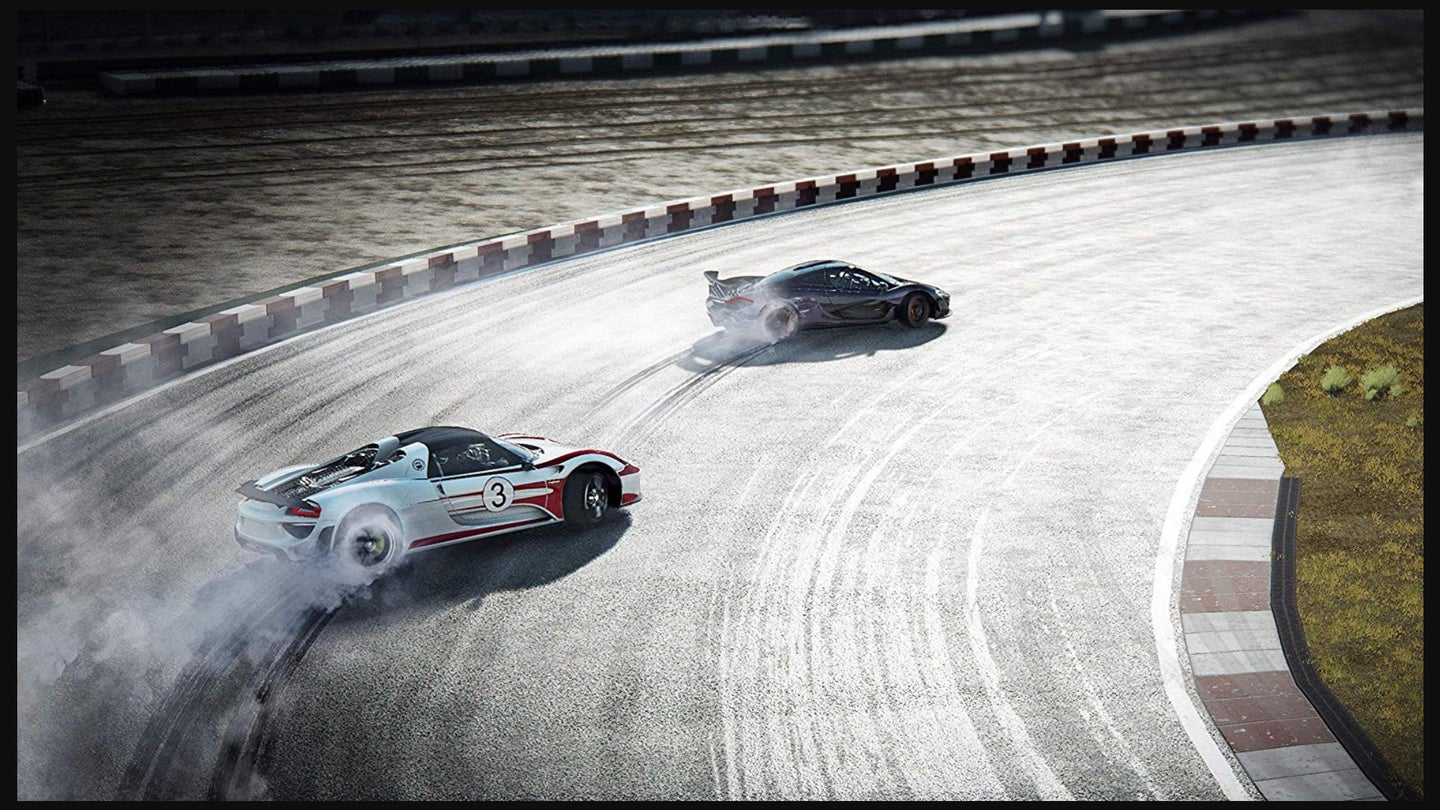 If you're a fan of racing games like Forza but find it annoying that most of 'em don't feature nearly enough middle-aged, British men, Amazon apparently has a solution.

Yes, The Grand Tour is getting its very own video game, imaginatively titled The Grand Tour Game. Despite the less-than-amazing graphics, it won't be a free-to-play mobile affair either. Instead, it's being billed as an "episodic racing game" for PlayStation 4 and Xbox One.

Set to release at the same time as Season 3 of the show, each weekly installment will put players in the same cars and locales featured in that week's episode of the show, Eboladrome included. It wouldn't really be a Grand Tour game without Jeremy Clarkson, Richard Hammond, and James May so clips from the show and "original voice acting" from all three guys will also feature.

"It's a video game featuring me, the crashy one, and the slow one. That’s all you need to know," said Clarkson. "If you've always wanted to come on the road with us, this is as close as you’ll ever get. Unless you kidnap James and steal his face."

The Grand Tour Game will also do four-player split-screen and get humorously on-brand power-ups like High Tea and More Horsepowers.

Developed in-house by Amazon Game Studios in Seattle, "The Grand Tour is about powerful cars and ridiculous stunts, but it's also about camaraderie," said Creative Director Craig Sullivan. "We're committed to authentically capturing the spirit of the show: cars, banter with friends, and (mostly) friendly competition."

The Grand Tour Has Found Its New Driver

After months of auditions, a new racing driver has emerged for the motoring series.