Think she'll get a senior discount at sentencing? 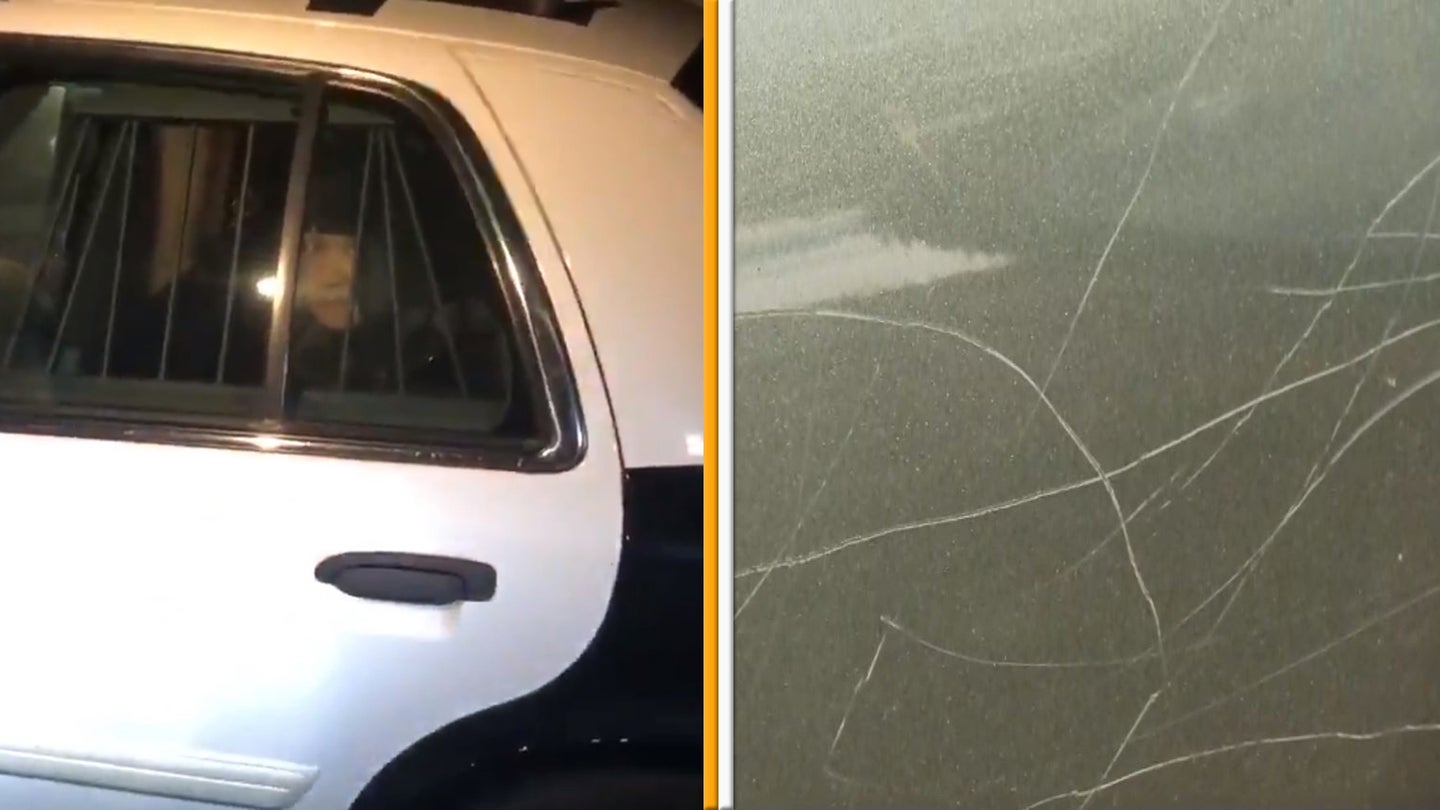 It's the latest in seniors behaving badly: A 75-year-old woman has been arrested by police in San Diego after authorities say she methodically keyed dozens of cars in her neighborhood over the last month, causing tens of thousands of dollars in damage, NBC San Diego reports.

Keying a car is a pretty terrible thing to do, which is why residents of the Scripps Ranch neighborhood told reporters they never suspected the kindly old woman who was always seen walking around when huge scratches started popping up on people's cars. The scratches reportedly differed in severity, but fixing the damage was never cheap, and the mystery vandal eventually struck at least 30 cars in the area.

Paranoia in the neighborhood grew as people struggled to make sense of the spree. Some thought it was a group of rogue teens, but officials say the real identity of the San Diego Slicer was 75-year-old Emilia Bello. Bello was arrested on Sunday and charged with felony vandalism after a neighbor spotted her in the act and called police.

It's no retirement community golf cart chop shop, but the image of a grandmother strolling around and idly keying cars for no reason is a strange fit. Police reportedly haven't identified a motive, other than that some people just want to watch the world burn.