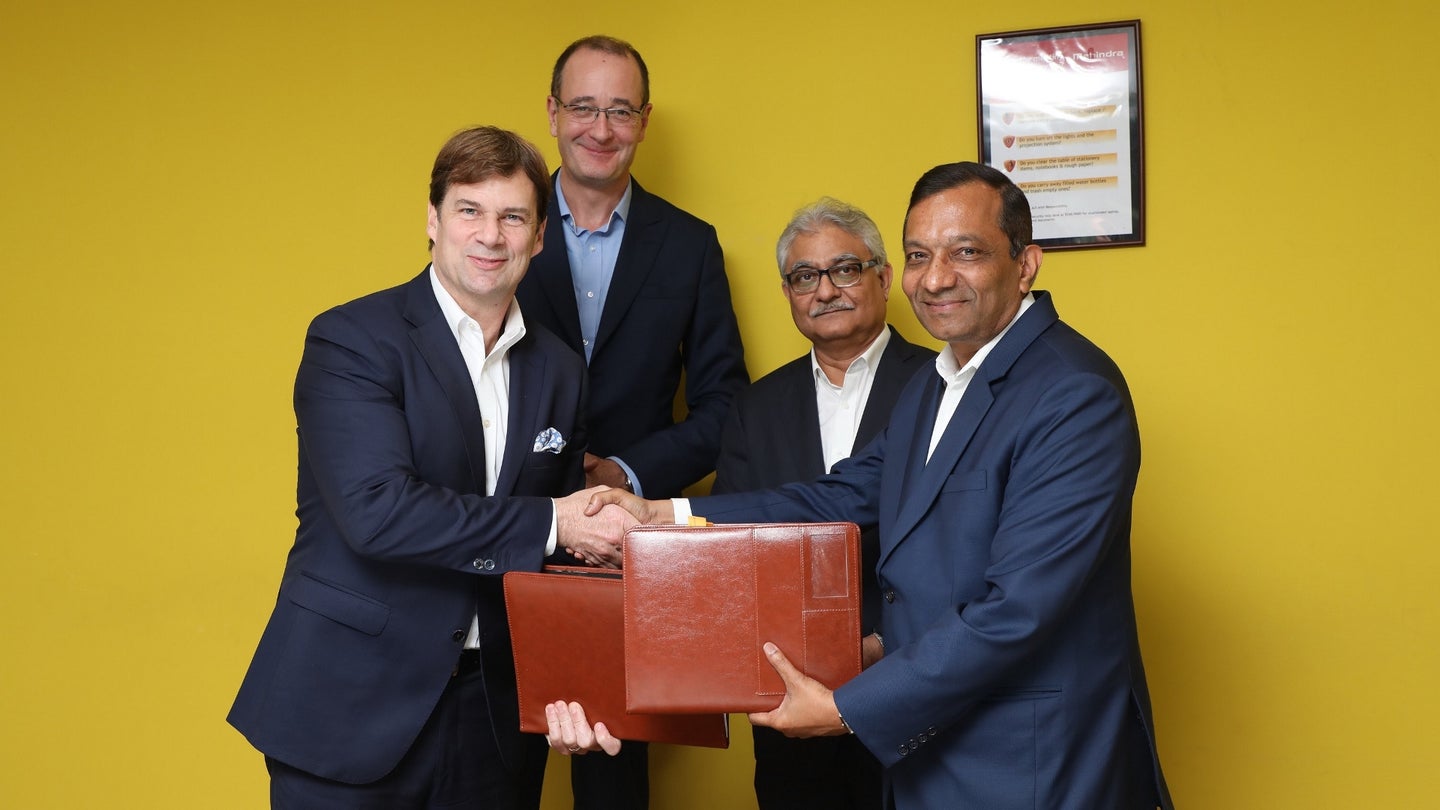 Ford announced a partnership with Indian manufacturer Mahindra last September. Mahindra might not be a big name in the U.S., but it’s the largest tractor manufacturer in the world and also dabbles in cars, trucks, and various commercial vehicles. Not much news has come of the alliance between the two manufacturing giants since the partnership was announced, but according to a new joint statement, the two brands will be developing new SUVs and a small electric vehicle for India and other emerging markets.

India has been a rapidly growing car market over the past few years and Ford was among the first global car companies to enter the market back in 1995. Since then, Ford has grown quite a presence in India making it the second-largest Ford employee base in the world.

One of the new vehicles being jointly developed by Ford and Mahindra is a mid-size SUV. It will be built on a Mahindra platform and it sounds like it will primarily be used as a commercial vehicle. The new mid-size SUV will be sold by both Ford and Mahindra under their respective brands. The two brands are also working on a compact SUV and a small EV together, but we don’t know many details about those vehicles yet.

“Ford is committed to offering the best vehicles, technologies and services that fit the lifestyles and preferences of Indian consumers,” said Jim Farley, Ford executive vice president and president of Global Markets in a press release. “Listening to our customers and incorporating their future needs is the core premise of this collaboration. With utility vehicles and electrification as key focus areas, we are glad to see the progress our two companies have made.”

We reached out to Ford asking if there’s any possibility of these new Ford-Mahindra vehicles being available in the U.S. “We see the benefits of the product for export markets, but it is too early to discuss at this point,” said a Ford representative in an email to The Drive.