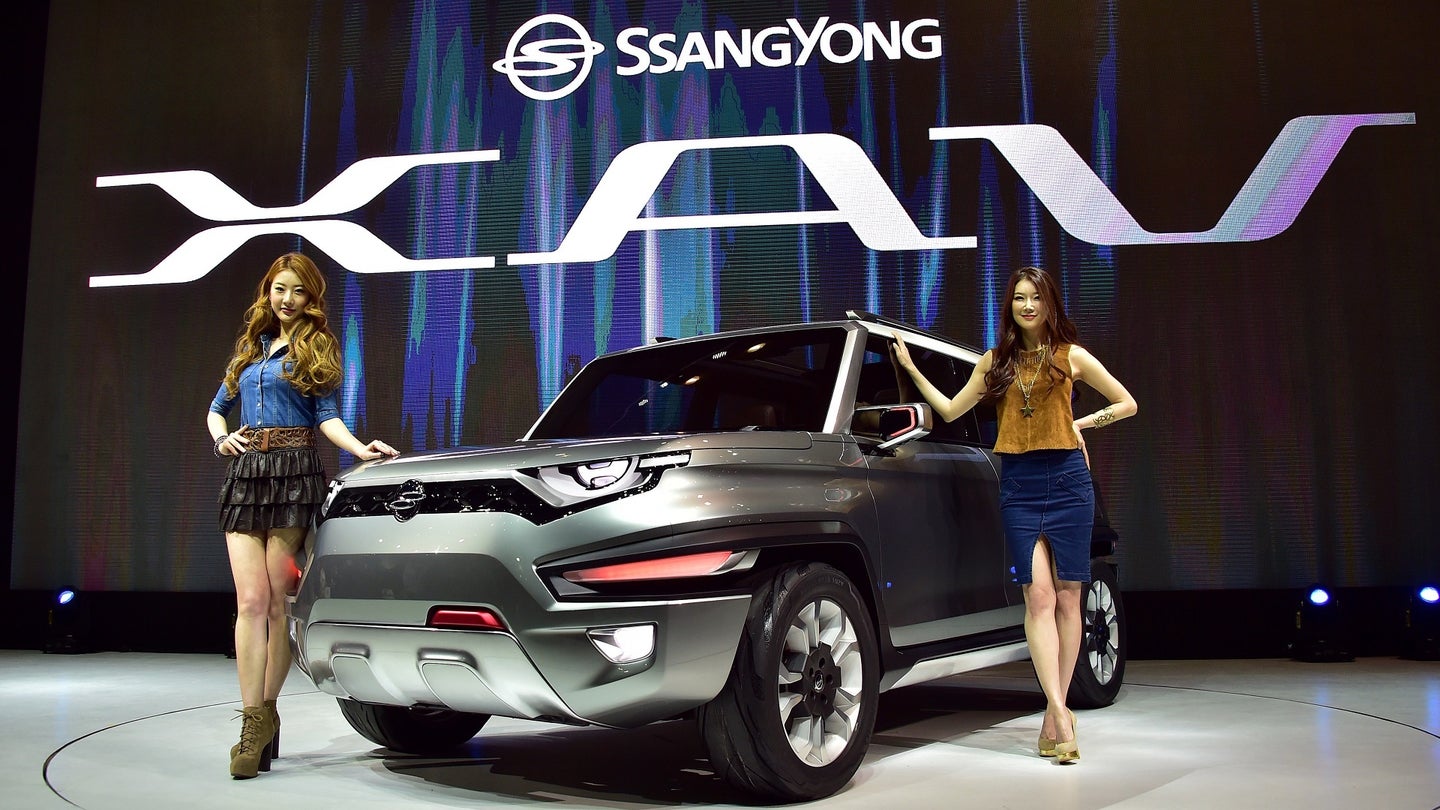 Have you ever heard of a car company called SsangYong? Most of us Americans haven’t but one might be popping up in your neighbor’s driveway soon. SsangYong is a South Korean subsidiary of India-based Mahindra, the world’s largest manufacturer of tractors. Mahindra tractors are already sold in the U.S. and now the conglomerate is thinking about breaking into the automotive field in the States according to Bloomberg.

SsangYong’s current lineup consists of five SUVs, a pickup truck, and a sedan. Since America has an insatiable appetite for SUVs and crossovers, it would make perfect sense to introduce this brand here even if it only brings with it a few of its utility vehicles. SsangYong sales have gone down in seven of the past eight months. Bringing the brand to a huge market that loves crossovers could give it the boost it needs. In theory, this would be a pretty safe business decision.

However, would American buyers be receptive to a new brand we’ve never heard of when the competition is already pretty crowded? Just about every car company with a presence in the U.S. has a line of crossovers, is there really room for another player in the SUV game? That’s what Mahindra is trying to decide and it will announce its plans soon.

What we do know is that Mahindra is building an auto assembly plant in the Detroit area, the first one built by anyone in that region in over 25 years. However, the Bloomberg report states that the new facility is unrelated to Mahindra’s potential plans for SsangYong.

The Crossover Craze Is Actually Becoming a Problem for Luxury Brands

Luxury crossovers are selling like crazy, but there’s a big downside for the brands that sell them.

Chery [Sic] Is Planning on Selling a New Crossover in the U.S. and Europe

Could China’s Chery find success in the States?