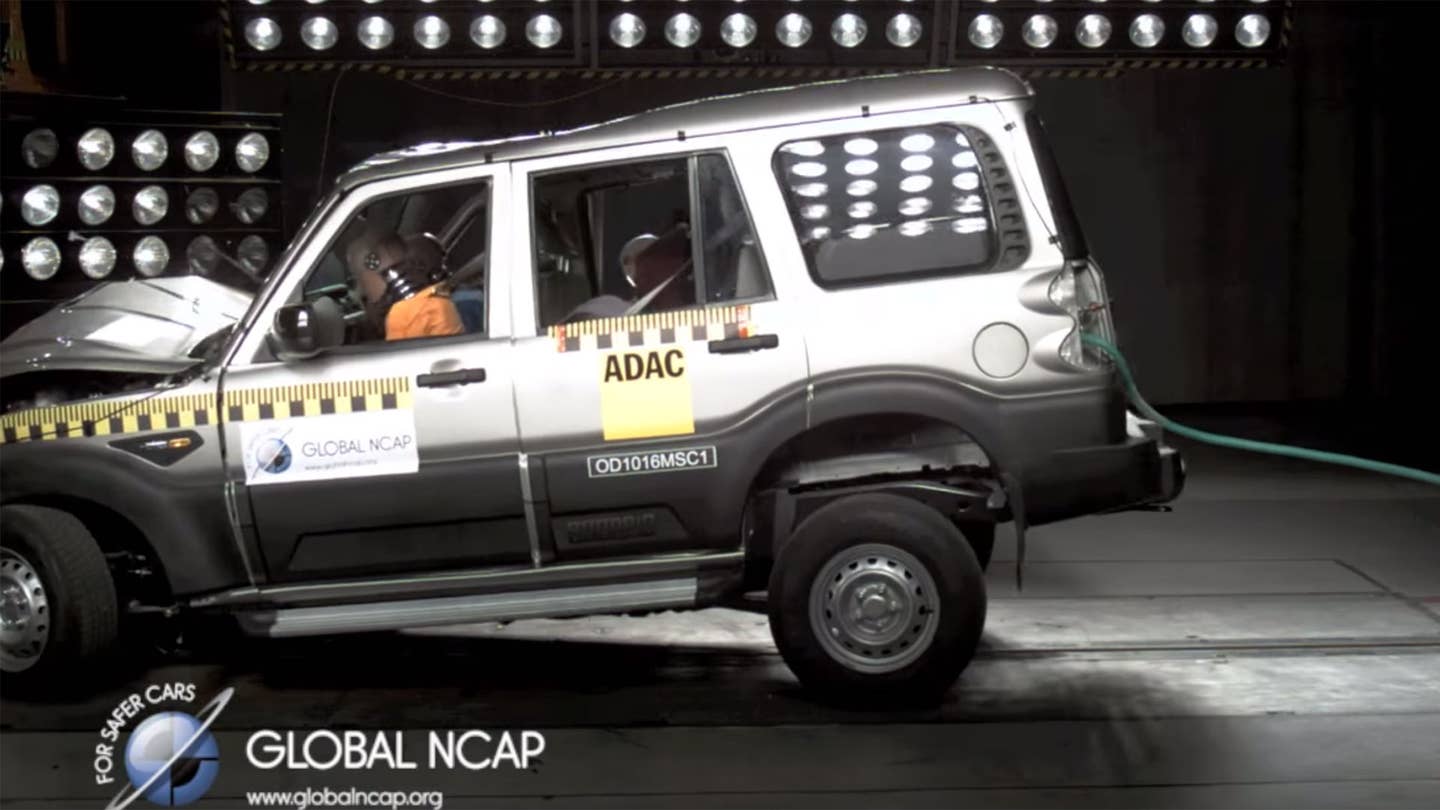 If you thought pretty much all new cars were safe these days, well, it turns out that's not quite true in some parts of the world. According to Global NCAP, five new Indian-market cars—the Hyundai Eon, Renault Kwid, Mahindra Scorpio, Maruti Suzuki Eeco, and the Maruti Suzuki Celerio—failed their crash tests in truly pathetic fashion, scoring zero stars out of five in adult-occupant protection.

All five vehicles, which were made in India and intended for sale there, are equipped with bodies that Global NCAP generously described as "unstable." Renault, in particular, was cited for its attempt to sell, basically, a shitty and unsafe car.

"It is very surprising that a manufacturer like Renault introduced the Kwid initially lacking [airbags]," said David Ward, secretary general of Global NCAP, according to PaulTan.org. "Global NCAP strongly believes that no manufacturer anywhere in the world should be developing new models that are so clearly sub-standard.”

Video of the tests shows the crash dummies undergoing the sort of impacts and stresses that would almost certainly wind up booking the occupants a long-term stay in the Mumbai General ICU. The replica bodies are tossed about in obscene fashion, extremities slamming into trim, windows, and other assorted interior pieces as the impact deforms the car around its occupants.

So, the next time you're standing at a Hertz counter in India, make sure you don't get stuck with any of these models. Or it might be the last car you ever drive.