Yet both occupants walked away from the crash almost unharmed. 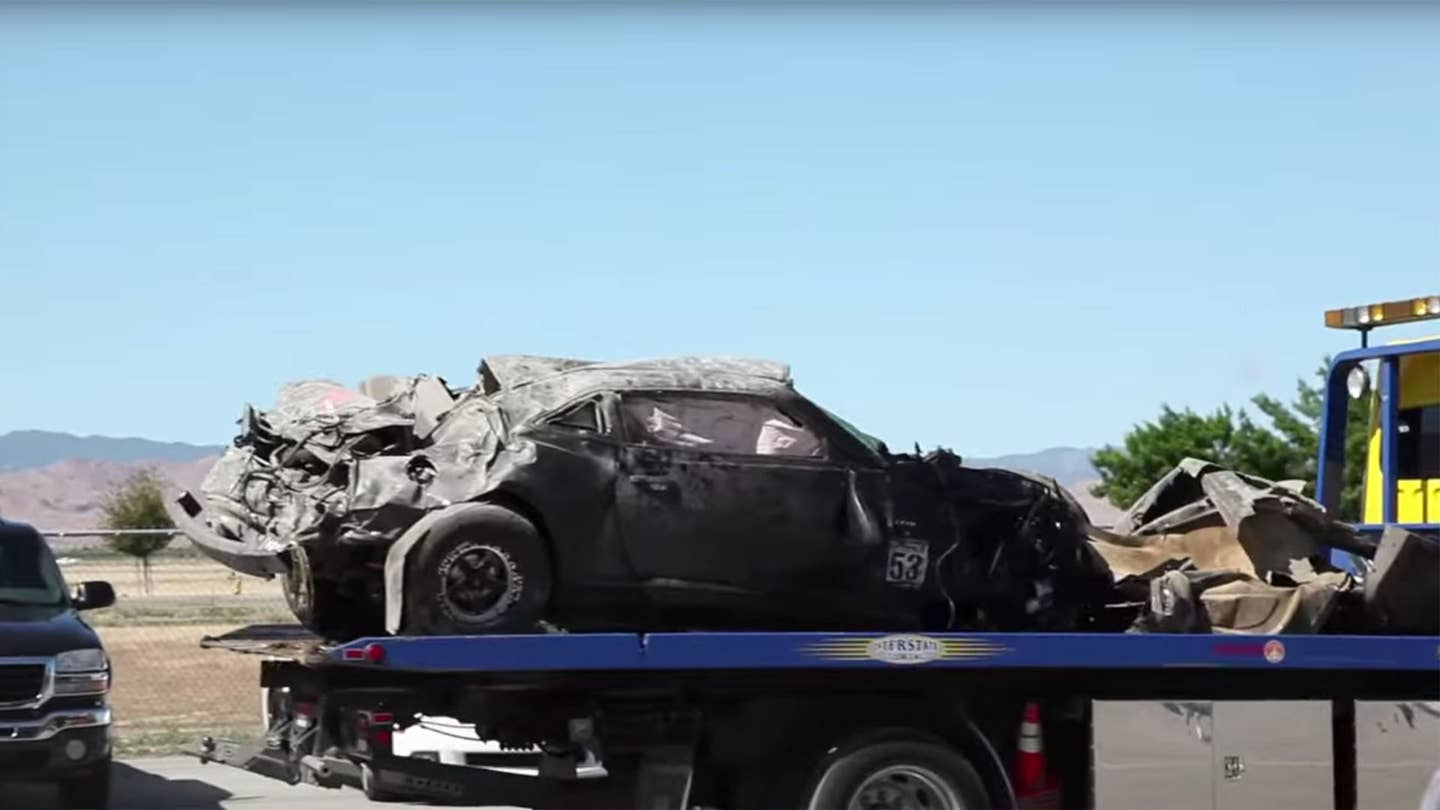 If wiping out at close to three times highway speeds sounds like one of your worst nightmares, well, it's time to watch somebody else live out your bad dream. An 1,800-hp Chevrolet Camaro crashed while traveling nearly 200 mph with two men inside—yet both men were left all but unharmed, thanks to the car's array of safety equipment.

Moments after setting a new Camaro record by hitting 195 mph in the half-mile while blasting down the runaway at the California Airstrip Attack's 6 Speed Shootout back in April, driver Nacho Bernal's heavily-modified Chevy went into a spin before hitting a berm and flying ass-over-teakettle, flipping and tumbling for a good six or seven seconds before coming to a stop.

"I stepped on the brake and...something happened," Bernal said after the crash. "Looked like it locked the front right tire, spun the car around and...[I] just hoped for the best."

His hopes panned out. Both Bernal and his passenger were able to walk away from the wrecked muscle car as first responders swarmed around the smoking vehicle, though the shotgun rider was knocked unconscious. Both were given a clean bill of health at the hospital, Bernal said.

Bernal's cool head certainly deserves plenty of credit for the safe landing, but so do the modifications made to this fifth-generation Chevy Camaro. In addition to the extensive tuning work done by Cunningham Motorsports that helps this twin turbo muscle car crank out 1,800-horsepower at the rear wheels, the Camaro was equipped with a custom six-point roll bar and seats equipped with five-point harnesses, and both occupants were wearing helmets to protect their poorly-adapted human skulls from the impact of the 200 mph crash.