The Fireball 900 Camaro packs enough power to start its own Springfield Tire Fire. 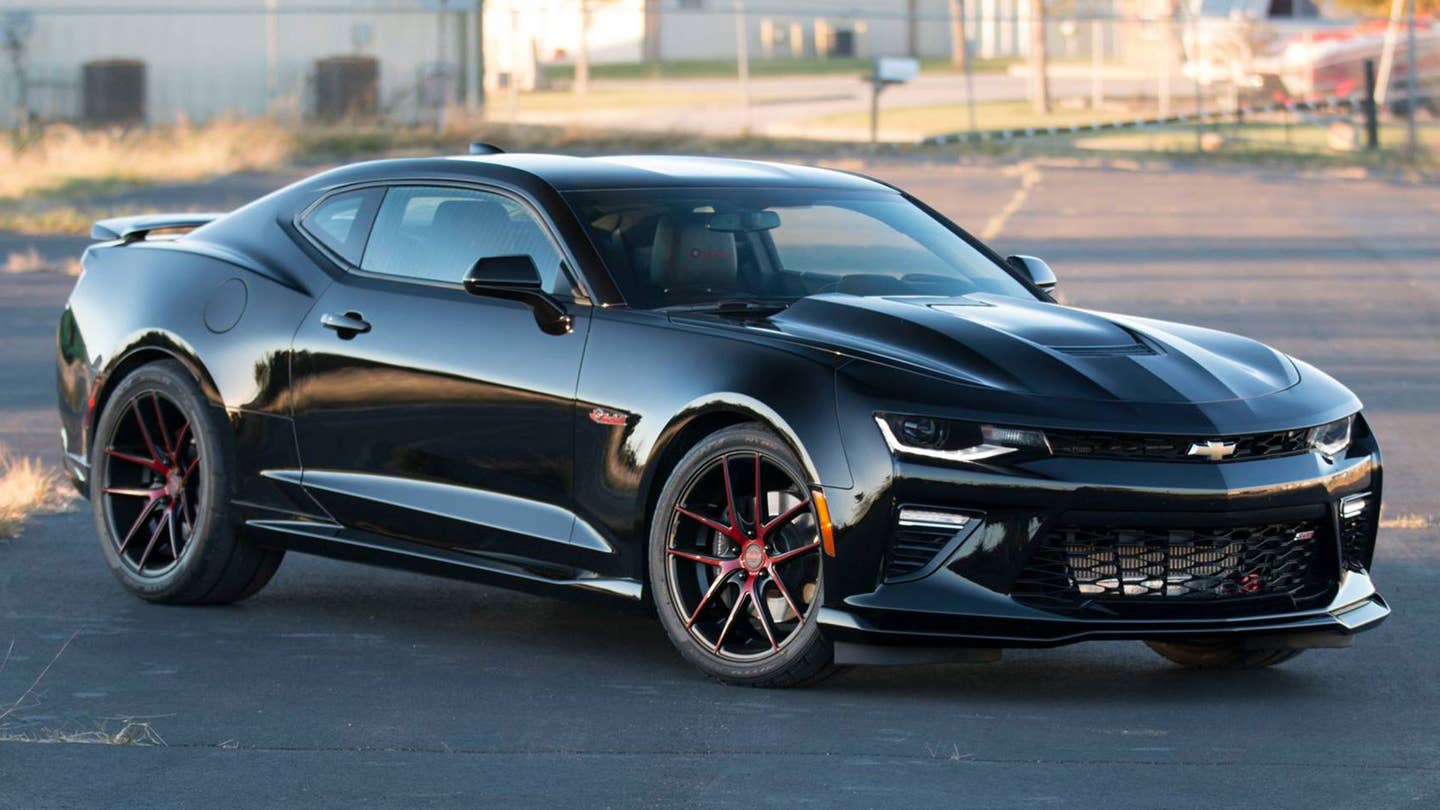 But you know what they say about judging books by their covers. Beneath that rather conventional skin lies a supercharged engine making more than 900 horsepower at the crank.

Thanks to a long, long list of engine modifications that starts with the aforementioned blower, runs through ported heads and high-flow cats, and wraps up with an aluminum drive shaft and high-strength axles, the Fireball 900 Camaro whips up 827 horsepower and 677 lb.-ft of torque at the wheels, according to the dyno reading the tuner proudly displays on its site. Assume a 20 percent drivetrain loss, as the company does, and you wind up with a power output brushing against 1,000 ponies—hence Fireball’s quoted 990-hp number.

(Granted, stock Camaros have exhibited drivetrain losses of closer to 10 percent on the dyno, but even that would put the Fireball 900’s crankshaft output comfortably in the 900-hp range.)

While understated, the Fireball 900 isn’t entirely stock on the outside. That bulging black hood is a custom job, as are the red-and-black wheels. And as has become tradition for tuning shops pulling batty power levels out of stock cars, Fireball has outfitted this Camaro with plenty of badges bearing the shop’s name.

The team at Fireball is no stranger to stupidly-powerful ‘Maros. As a glance at the company’s blog reveals, Fireball’s bread and butter is building Camaros made for the drag strip. Many of those have been specialty dragsters, but it also seems to know its way around road-going muscle cars. Early this year, the company whipped up a sixth-gen Camaro SS that broke the 10-second barrier at the quarter mile, cooking off a 9.83-second run.

Should you be interested in bringing home a 990-horsepower Camaro of your very own—as we are—Fireball is offering them through a handful of dealerships, such as Eskridge Chevrolet of Guthrie, Oklahoma, for a starting price of around $90,000. There’s also a welterweight version making around 720 horses...but we say, hey, go big or go home.