If for Some Reason You Need a 1,000-HP Yenko Chevy Camaro and No Roof, Probably Buy This 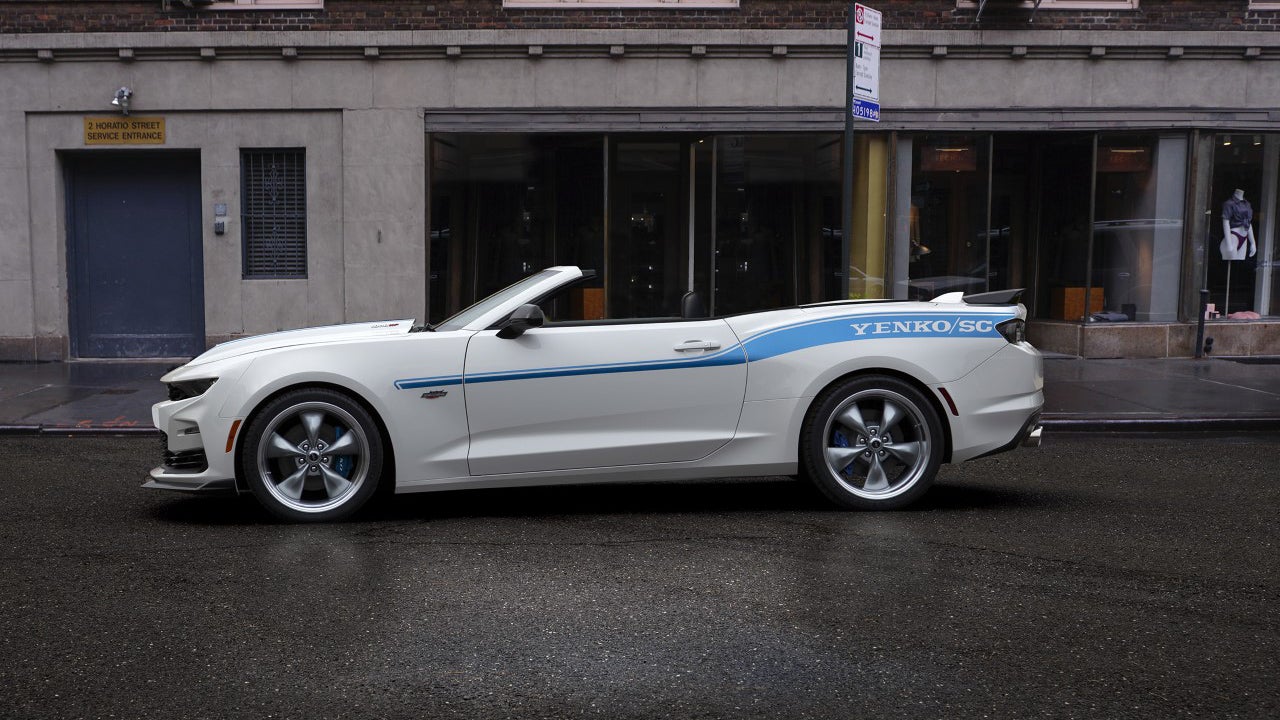 The Yenko Chevrolet Camaro is one of the most legendary limited-run American muscle cars ever made, and the company behind them is back again with a monster drag machine that’s slightly...unorthodox. Specialty Vehicle Engineering (SVE) just announced that its 1,000-horsepower Stage 1 Yenko setup will be available for the latest Camaro SS Convertible, adding to the hardtop package that's already on sale.

SVE says the new cars will be based on the 1SS or 2SS Convertible and will include an upgraded 10-speed automatic transmission—so that means no manual will be offered. The 1,000-horsepower headline comes thanks to a custom 6.8-liter supercharged LT1 V8 engine. The 2020 Yenko Camaro will also come with magnetic ride control, Brembo six-piston front and four-piston rear brakes, a dual-mode exhaust, and several upgrades to the suspension and cooling system.

The Convertible package costs $77,995 before the cost of the car is factored in, which will set buyers back at least another $46,000 before any other options are included. That's a bunch of money, but at least buying one of these cars doesn't mean that you're giving up on your warranty. The 2020 Yenko Camaro comes with a three-year/36,000-mile powertrain/non-powertrain warranty and a one-year/12,000-mile transmission warranty.

The original Yenko Super Camaro was created by racer-slash-dealership-owner Don Yenko. Those cars had been engine swapped and massaged up to 450 horsepower to better compete with the high-powered Ford Mustang, Plymouth Barracuda, and Dodge Dart. Yenko Camaros were only built for a few years in the late 1960s, but a few revivals have come to be over the years. In 1981, Yenko released a “Turbo Z,” which was based on that model year’s Camaro, and in 2010 the shop sent an upgraded car to SEMA that was based on the then-new generation’s platform.

The old cars are understandably desirable and rare, but this new run of drop-top Yenko Camaros might take the cake for rarity. There will only be 25 of the convertibles built in total, so your name should already be on the waiting list if you’re hoping to get your hands on one.

But you better hurry, because Specialty Vehicle Engineering is only building 25 units of the Stage II package.

With up to 1000 Supercharged horsepower, these Corvette Grand Sport models are oozing with Yenko DNA

Hennessey isn’t the only name in town for four-digit-horsepower Camaros anymore.