Impressively for a car that was once the provenance of mulleted uncles, the Chevrolet Camaro is still in the midst of its remarkable transformation into one of the best performance deals on the market today. The 2019 model brings about a traditional mid-cycle refresh for the sixth-generation model, both to keep up with the Joneses and further bolster the rest of the Camaro lineup with some key pieces of trickle-down tech from the impressive ZL1 variants at the top. But it's two notable changes to the venerable Camaro SS in 2019 are particularly worth discussing: the company's 10-speed automatic transmission, and a new front end that's piled up a Mount Everest of hot takes since its reveal.

I'll start with the former, since that's what Chevrolet specifically invited me to sample in the mountains of Malibu—but rest assured, I also bothered the carmaker's reps about the latter. Chevy brought in Camaro chief engineer Al Oppenheiser to run down some of the updates for 2019, starting by talking about how his team wants a holistic lineup that can offer something for everyone: a chicken in every pot, a Camaro in every garage. To get there, Chevy has done the usual refresh work of trimming weight, upgrading the suspension, and adding tech like a rear mirror camera. 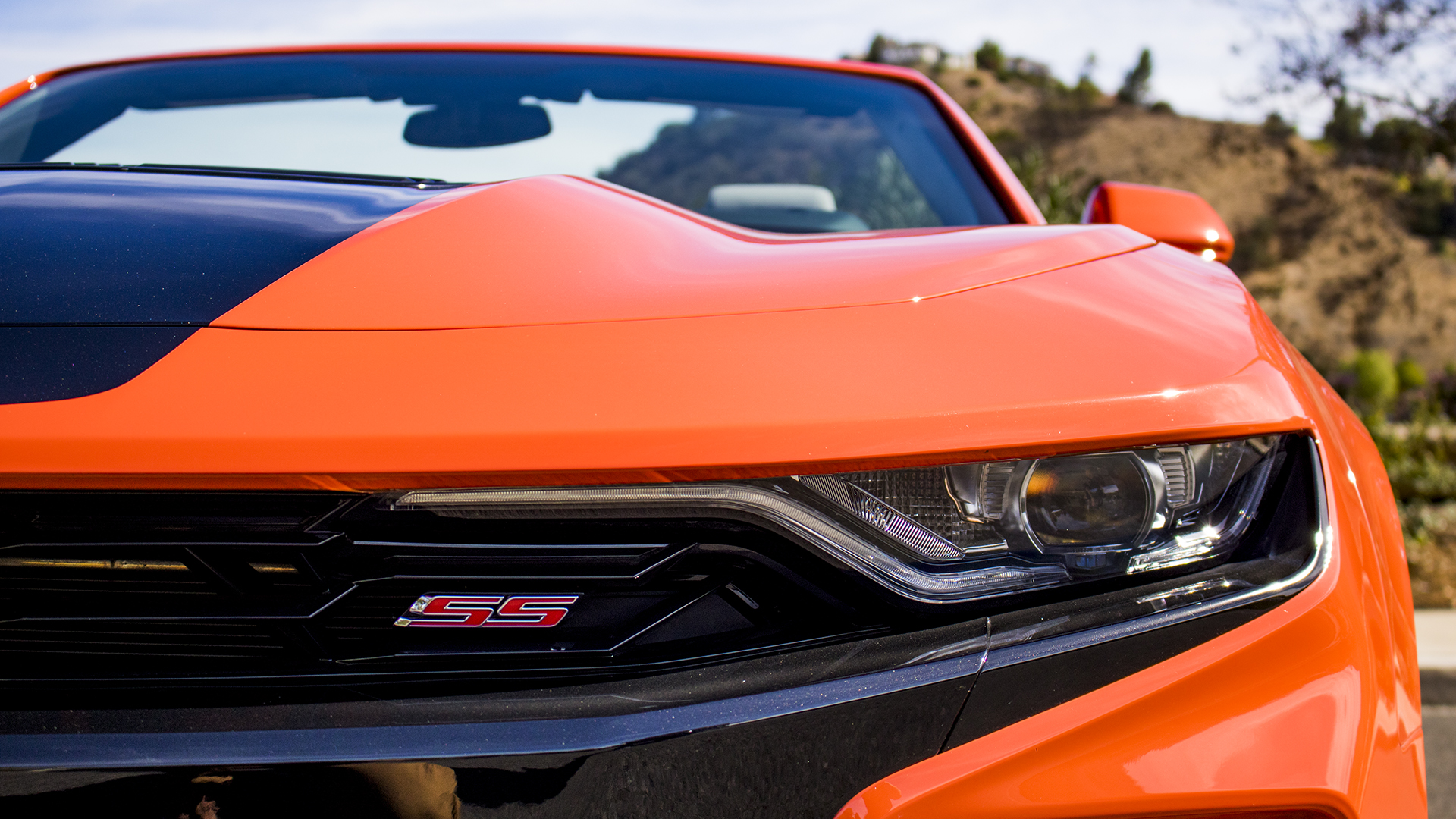 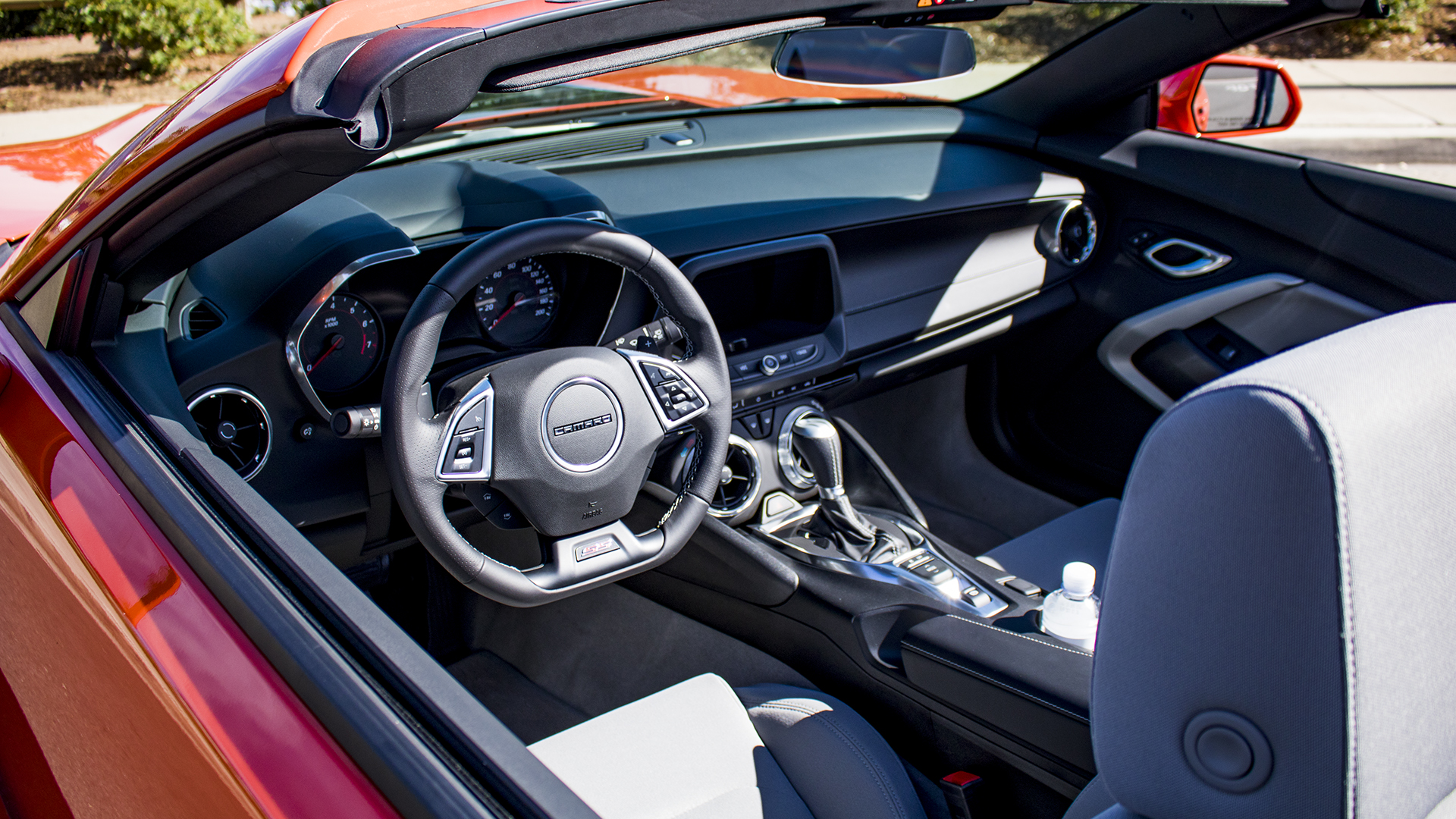 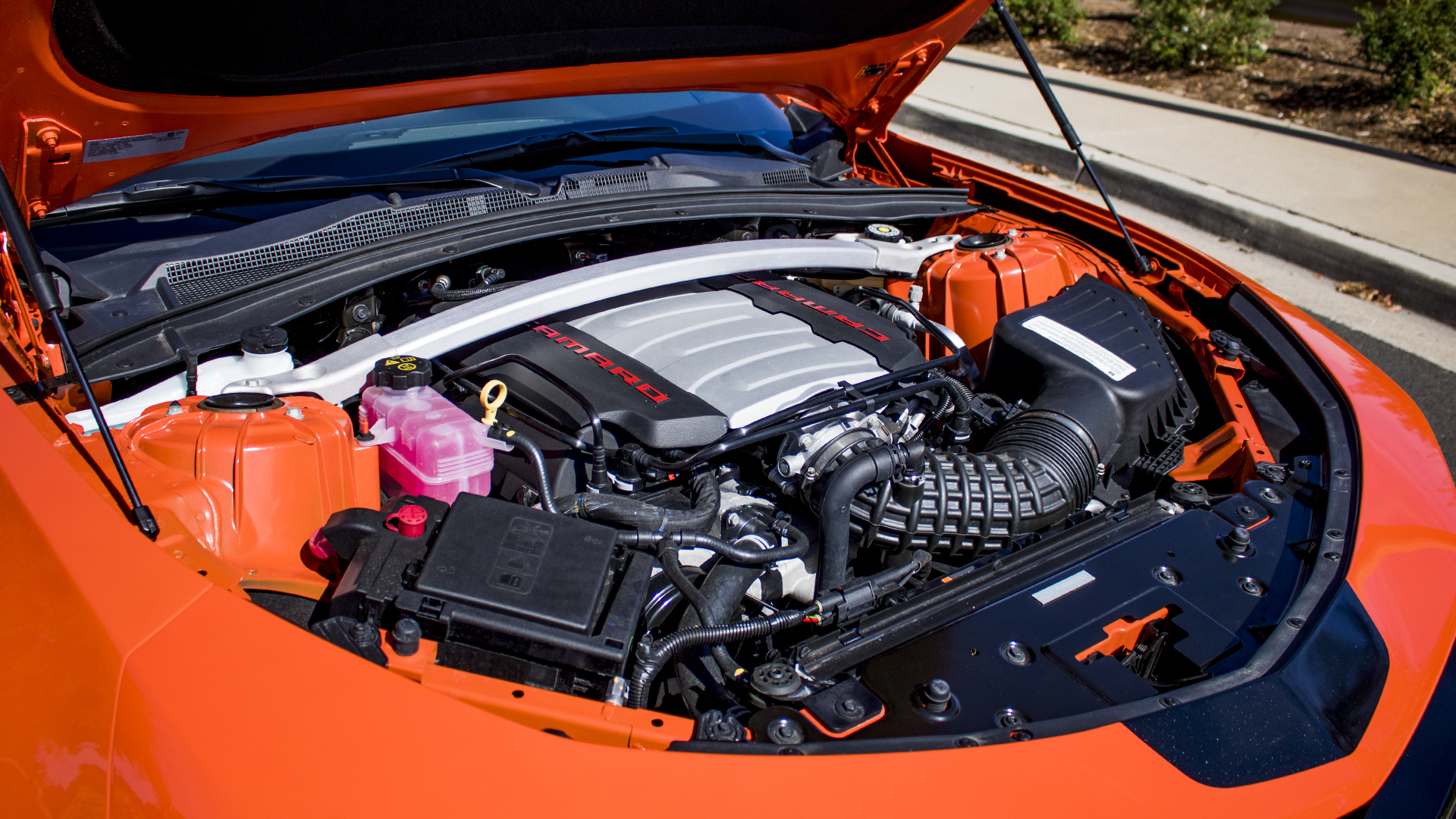 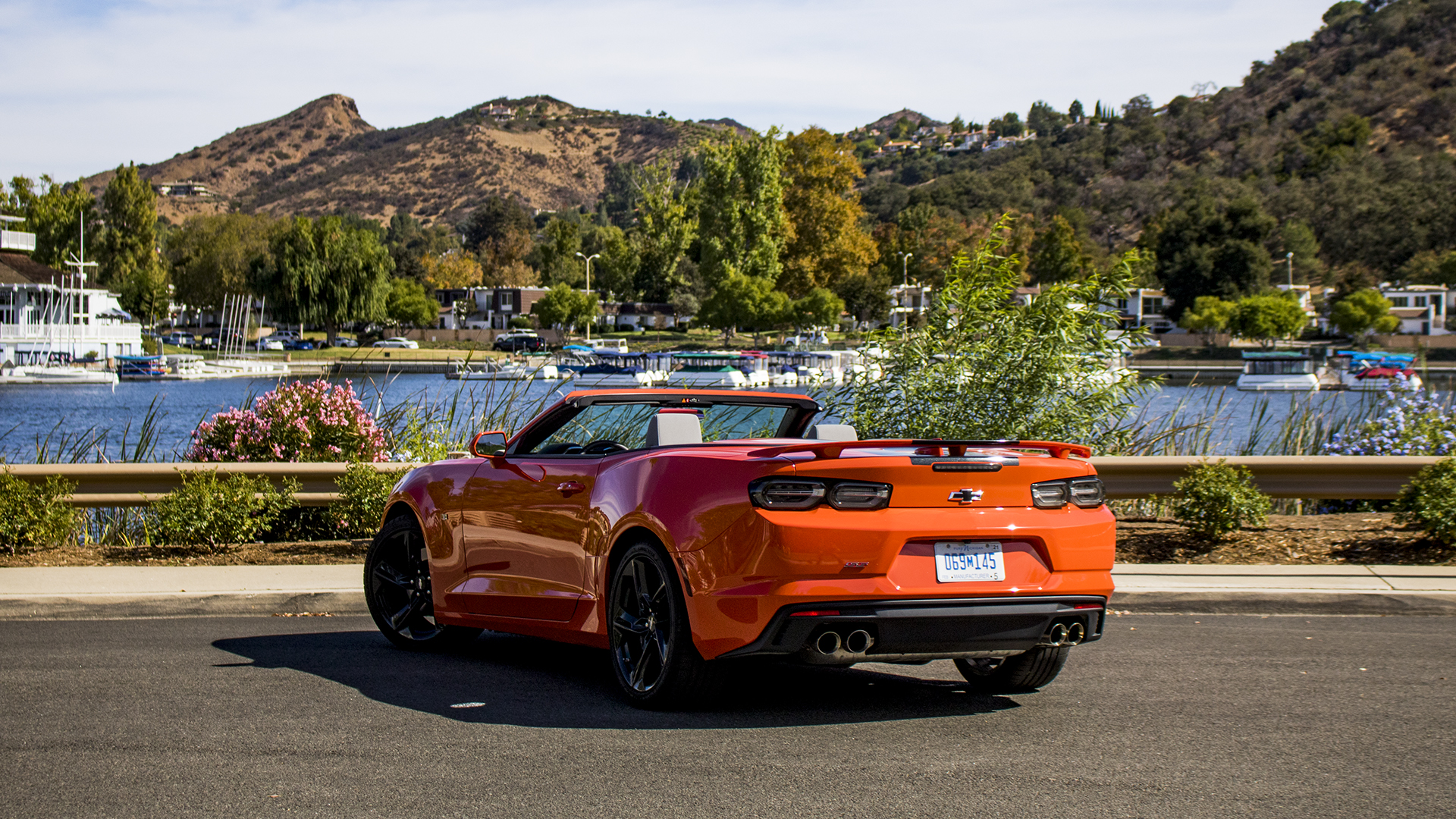 There's another strategy at play, though. Oppenheiser believes the key to taming the Ford Mustang, which far outpaces Chevy's sales on the low end of the market, lies in broadening the company's offerings in a way that will bring down the average transaction price. He pointed to the base LS model, which starts at a cheaper $25,995 and benefits from a lower curb weight, better balance, and a few more standard features. You might cock an eyebrow at this, but the company believes the manual-equipped LS might steal sales from the dwindling world of hot hatches.

But it's the 2019 Chevrolet Camaro SS that everyone's talking about—for reasons good and bad. Paired with the reliable LT1 V-8, the 10-speed transmission is a notable addition; co-developed with Ford, it's one of the few 'boxes with a double-digit gear count in the passenger car market. Chevy wants it made very clear that it's made it distinct, however, with unique software, controls, and some cool add-ons that exist purely for fun.

A new function called "Liftfoot Gear Hold" does exactly what it says in Sport and Track modes: holding the gear you're in when you lift off the throttle to prevent excessive shifting. Shift behavior itself is algorithmic, responding to how you're driving; the car's computer can even read data like g-forces to snap off shifts when it knows you're trying to have a good time. In manual mode, holding the downshift paddle for 1.25 seconds will force the car to drop the maximum amount of gears for a blast of strength right in the middle of the power band.

There are purposeful pops and crackles in the exhaust—Oppenheiser advised keeping it between 3,000 and 5,000 rpm to enjoy the music—and it automatically downshifts to rev the engine when you put it into Sport or Track mode as if to say, "Okay, let's do this." Line lock and launch control make triumphant appearances. It's supposed to "not feel like a Mustang," Chevy says, and a classic So-Cal loop in a Crush Orange 2019 Chevrolet Camaro SS convertible confirms the modus operandi here.

I drove the Camaro up the Pacific Coast Highway before turning up a freshly-paved Mulholland Highway and giving it the beans, and two things immediately stood out. One, few cars make more sense as a convertible than the mighty 'Maro. Its bunker-like cabin is markedly improved by removing the roof—doubly so when you've got a jewel-like ocean glittering just off the road. And two, the 10-speed is good enough to stand up in a car that most enthusiasts would insist come with a row-your-own manual transmission.

With the slushbox, the engine never felt like it was hunting for any of those 455 horses. At no point did the gear count feel excessive or cumbersome. The ratios are closely spaced in a way that aims to maximize power delivery; more importantly, the algorithmic behavior means the car swaps cogs unobtrusively around town while retaining the racking-a-shotgun shifts you want under heavy acceleration. That learning goes deeper in different performance situations: straight-line speed and technical turns yielded noticeable (and helpful) variances in shift feel. 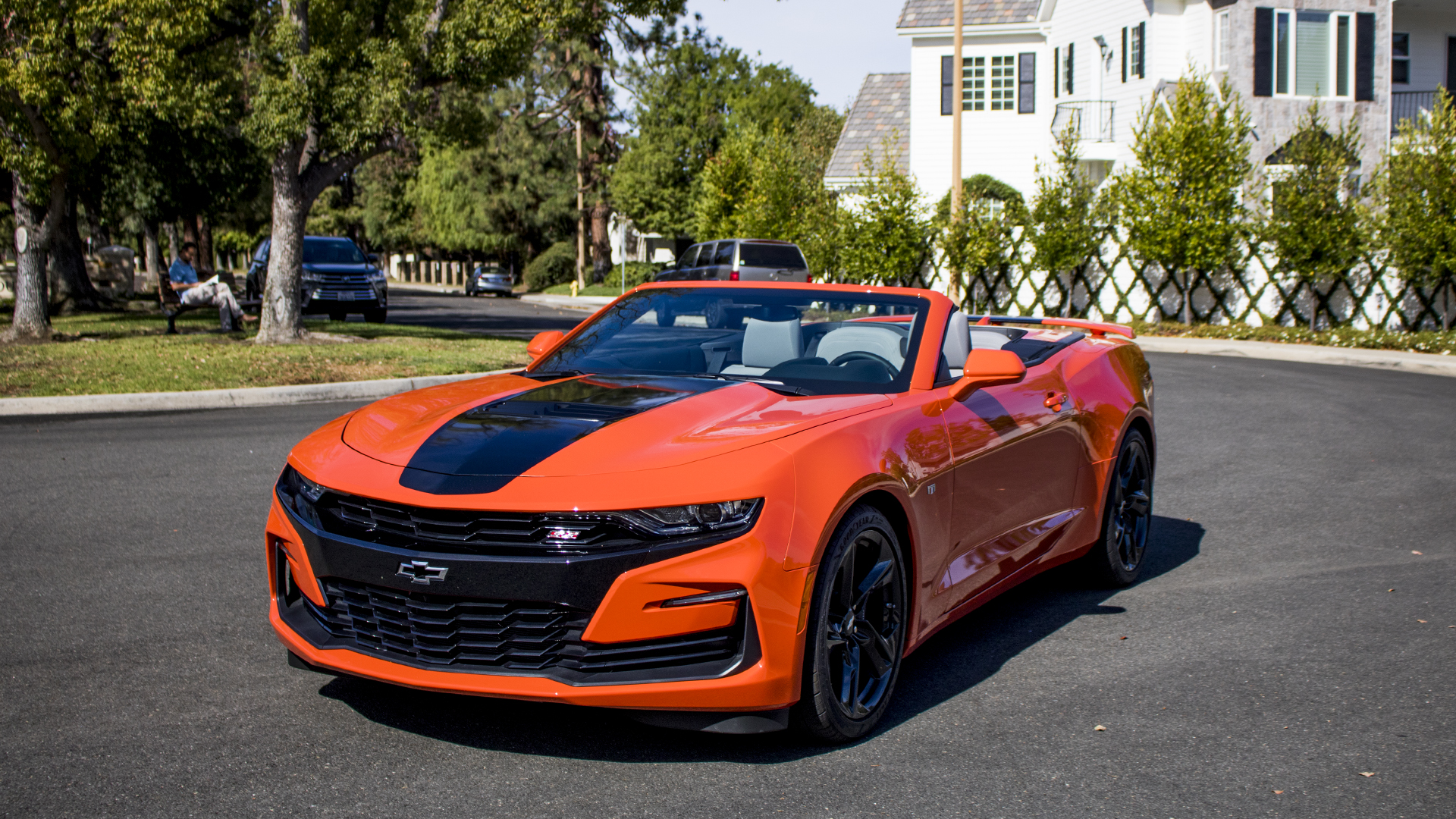 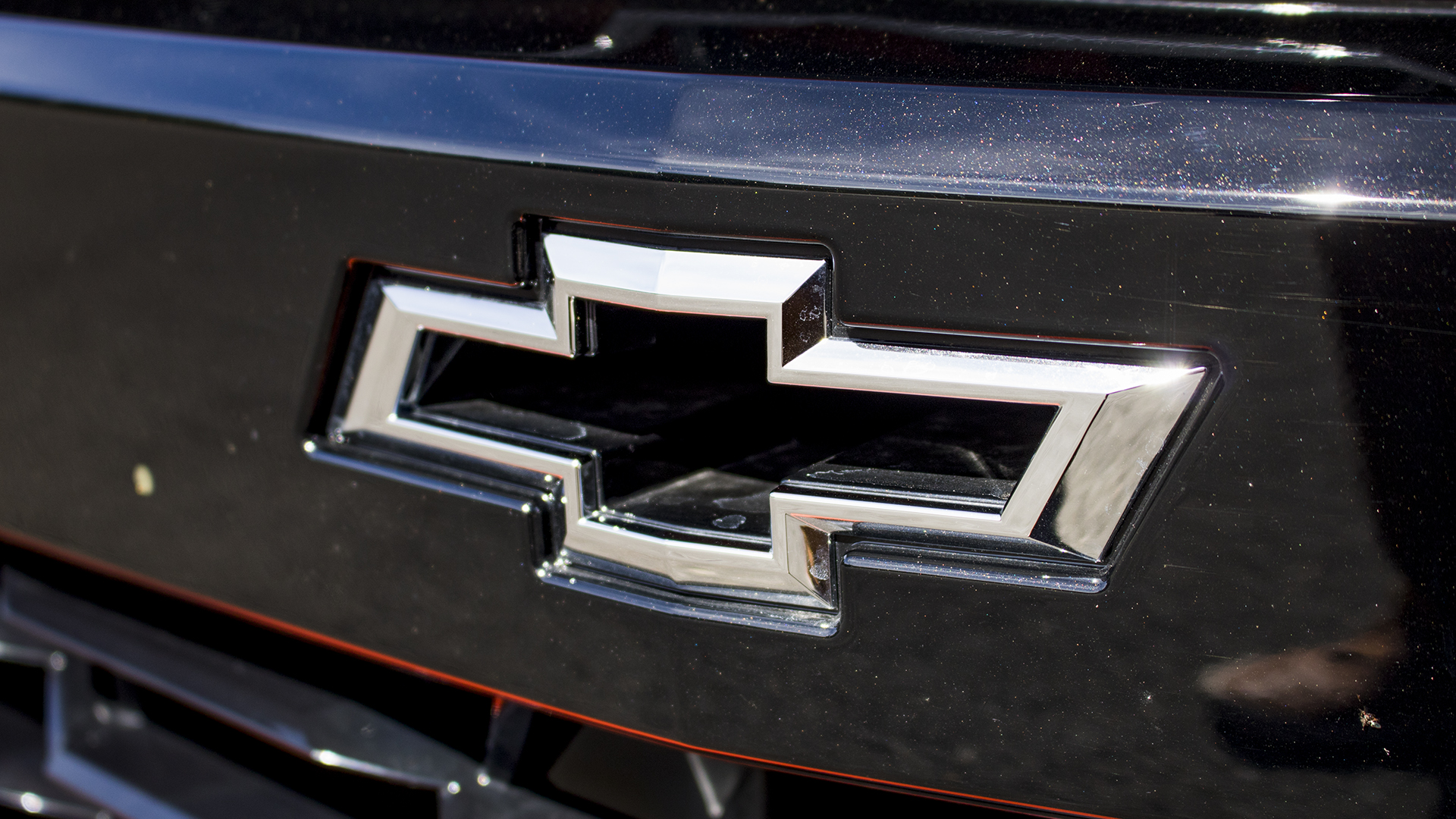 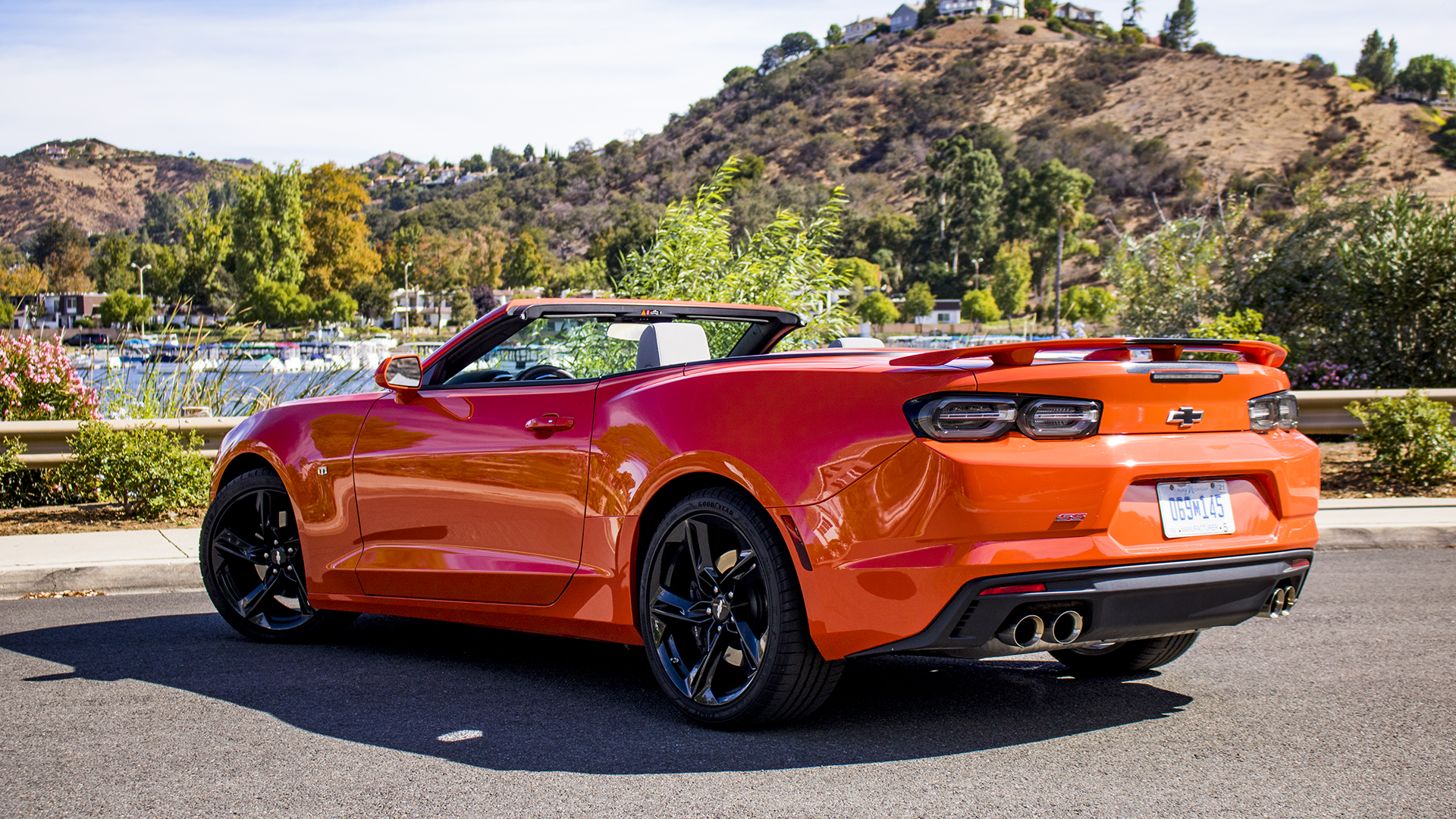 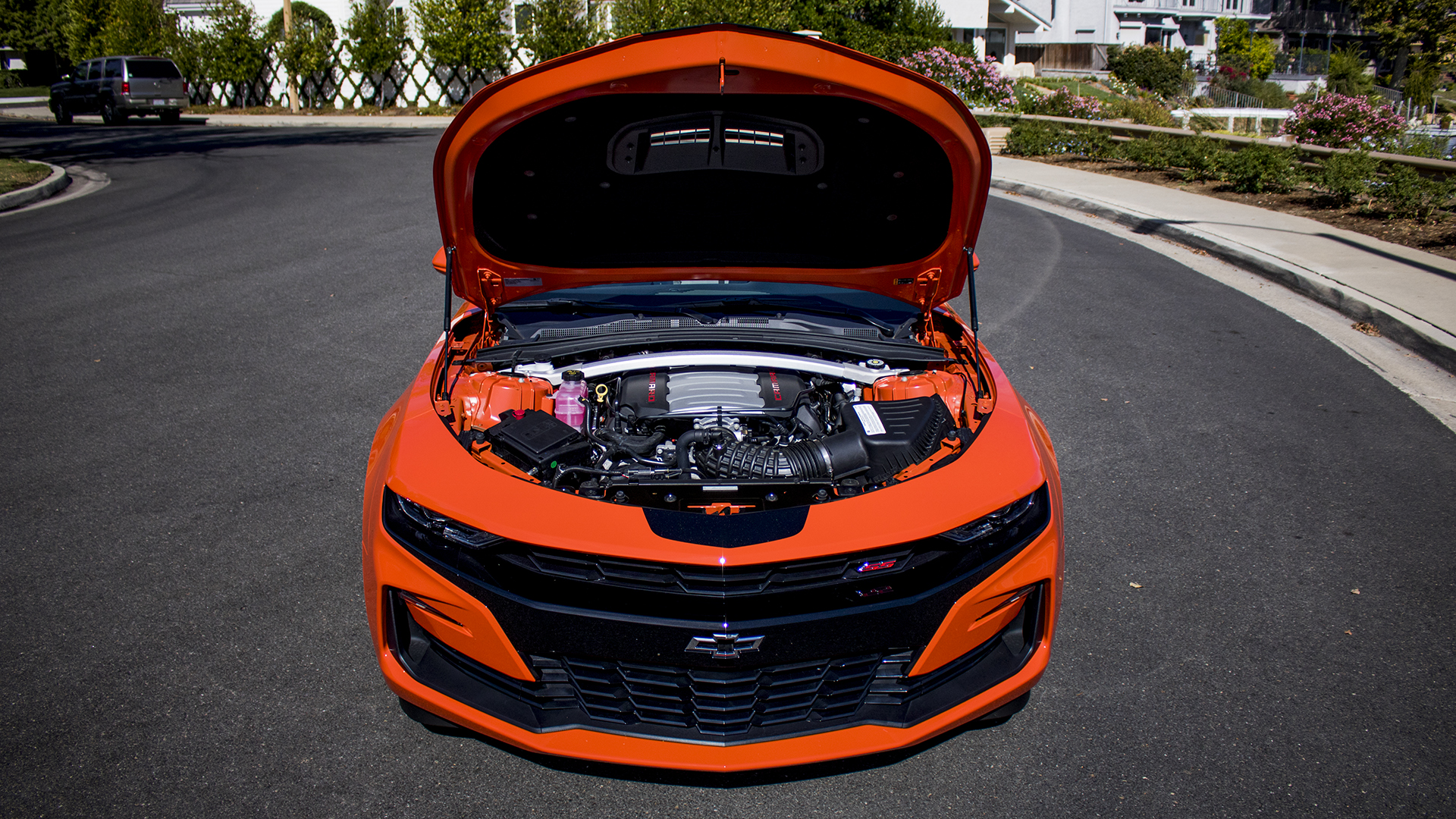 In general, the 2019 Chevrolet Camaro SS a fun, lively thing, a competent athlete that's completely comfortable with its semi-pro status. The handling is predictable enough to wring it out with confidence even with its propensity to push through tighter turns. I'll need to spend more than a couple hours with it to give a final verdict, but the 10-speed transmission is looking like a great addition to a classic badge.

What looks, well, less great is the polarizing facelift. The new SS sees a FlowTie Chevrolet badge bumped down to the middle of the grille, a move that was ostensibly designed to slightly increase airflow and give the SS a unique visual identity. It hasn't been well received.

Chevrolet used the 2019 Camaro SS to promote a new color option called Shock at this year's SEMA Show. But the display cars also arrived bearing an updated fascia that moves the badge back up to its original spot and adds color to the previously blacked-out crossbar, which stops the front end from looking like an empty void. Rumors immediately spread that Chevrolet is fast-tracking this update into production to silence the critics—so I asked Oppenheiser about the whole fracas. Flanked by one of the company's PR men, he knew just what to say.

"We don't mind that people are talking. And we're obviously always evaluating what we're doing," he said with a tight smile. When I pressed him further, saying he must have seen the positive reaction to the SEMA car, he stuck to the company line. "We're always listening to customer feedback."