A 650-horsepower LT4 V8 turns the good ol' Camaro into one of the world's fastest four-seat convertibles. 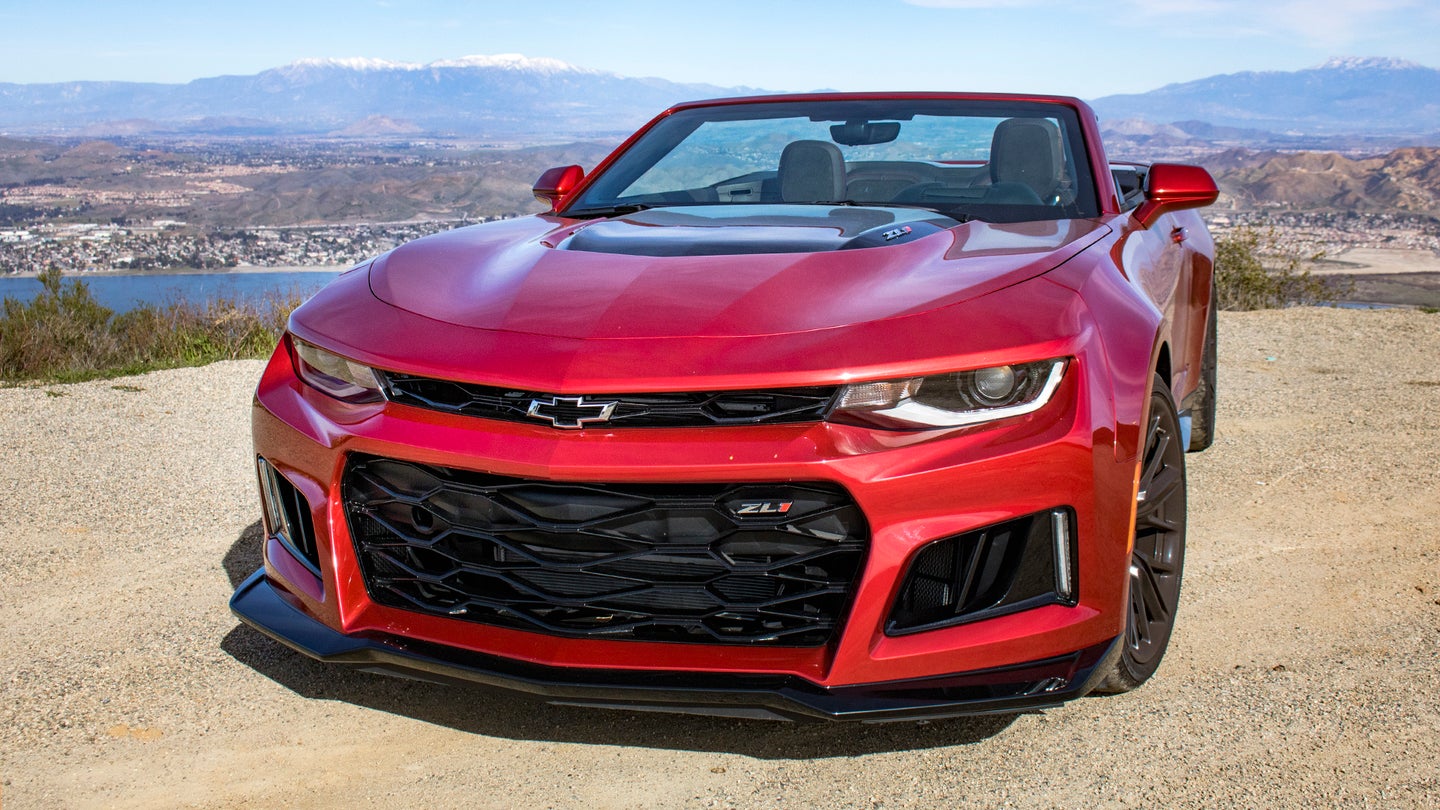 The 2019 Chevrolet Camaro ZL1 Convertible, By the Numbers

Set aside the polarizing looks and checkered past and you're left with this simple fact: The Chevrolet Camaro ZL1 is an astoundingly good time. And until the 2020 Ford Mustang Shelby GT500 joins the party, it's hard to compare the 650-horsepower ZL1 to the current team of ponies on offer from its traditional rival. It deserves to be stacked up against a higher class—cars with the letters M, RS, or AMG on the back—and judged on the driver-first experience those cars purport to have mastered long ago.

Yes, others have the upper hand on some fronts—apart from the status symbol of a more expensive badge, you'll find a nicer interior and a pricier more rarified ownership experience at BMW, Mercedes-Benz, or Audi—but dig into the numbers and nothing matches the Camaro ZL1's outright dominance on so many fronts at a starting price of just $62,000 (for the coupe). Zero to 60 comes in a blistering 3.5 seconds. Lateral grip stretches past 1.1 g. Top speed is a mind-bending 195 mph. 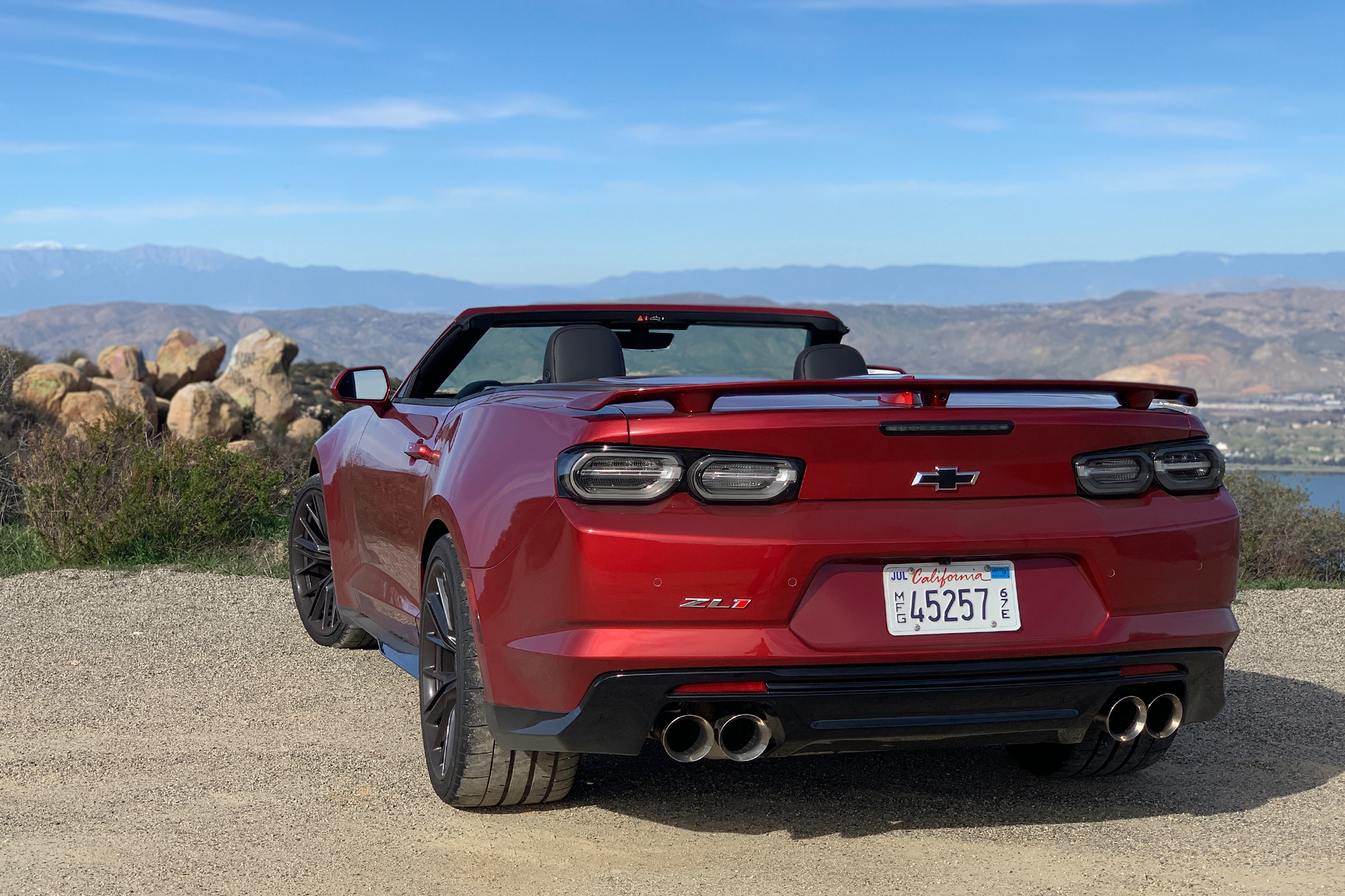 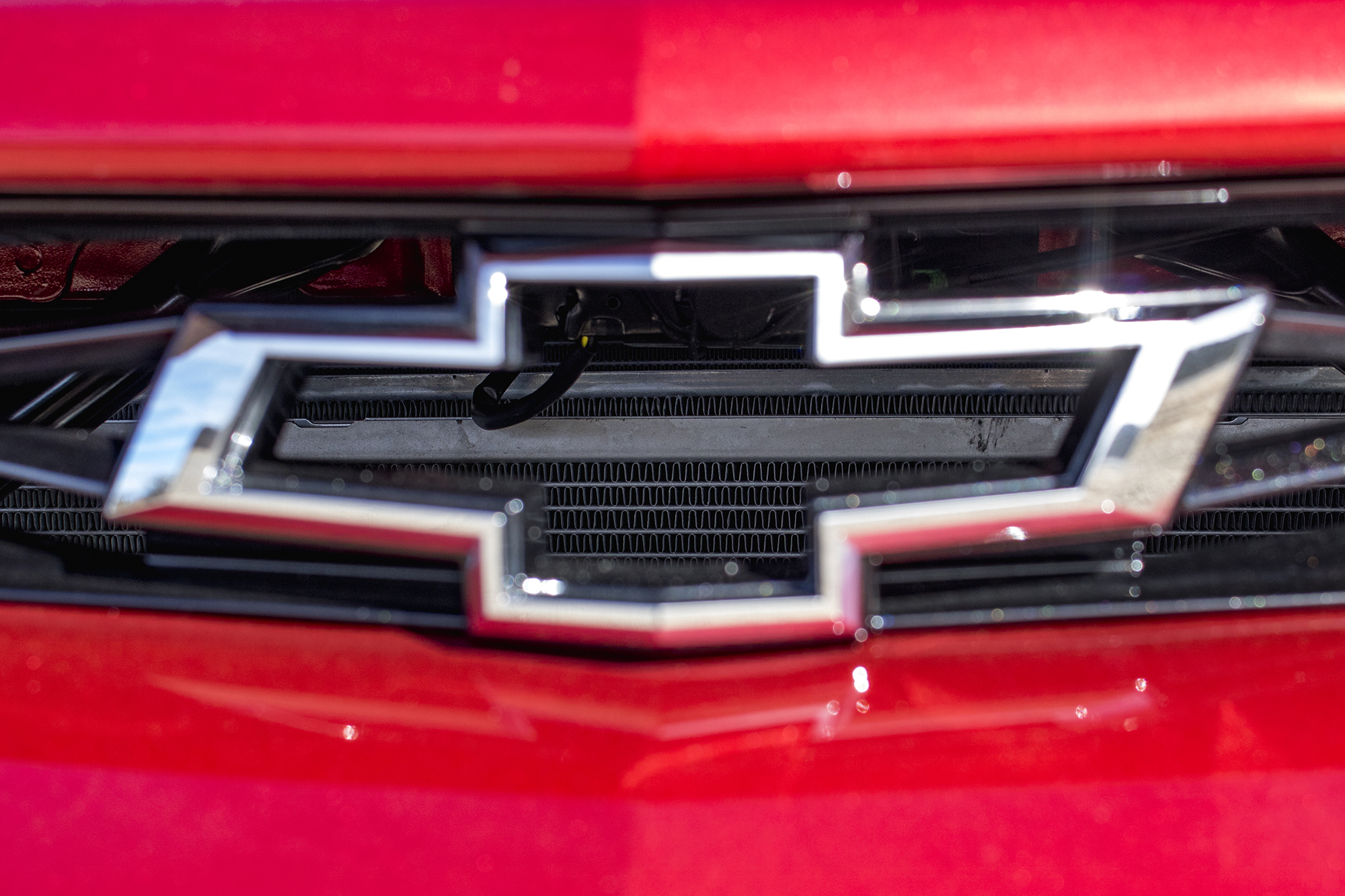 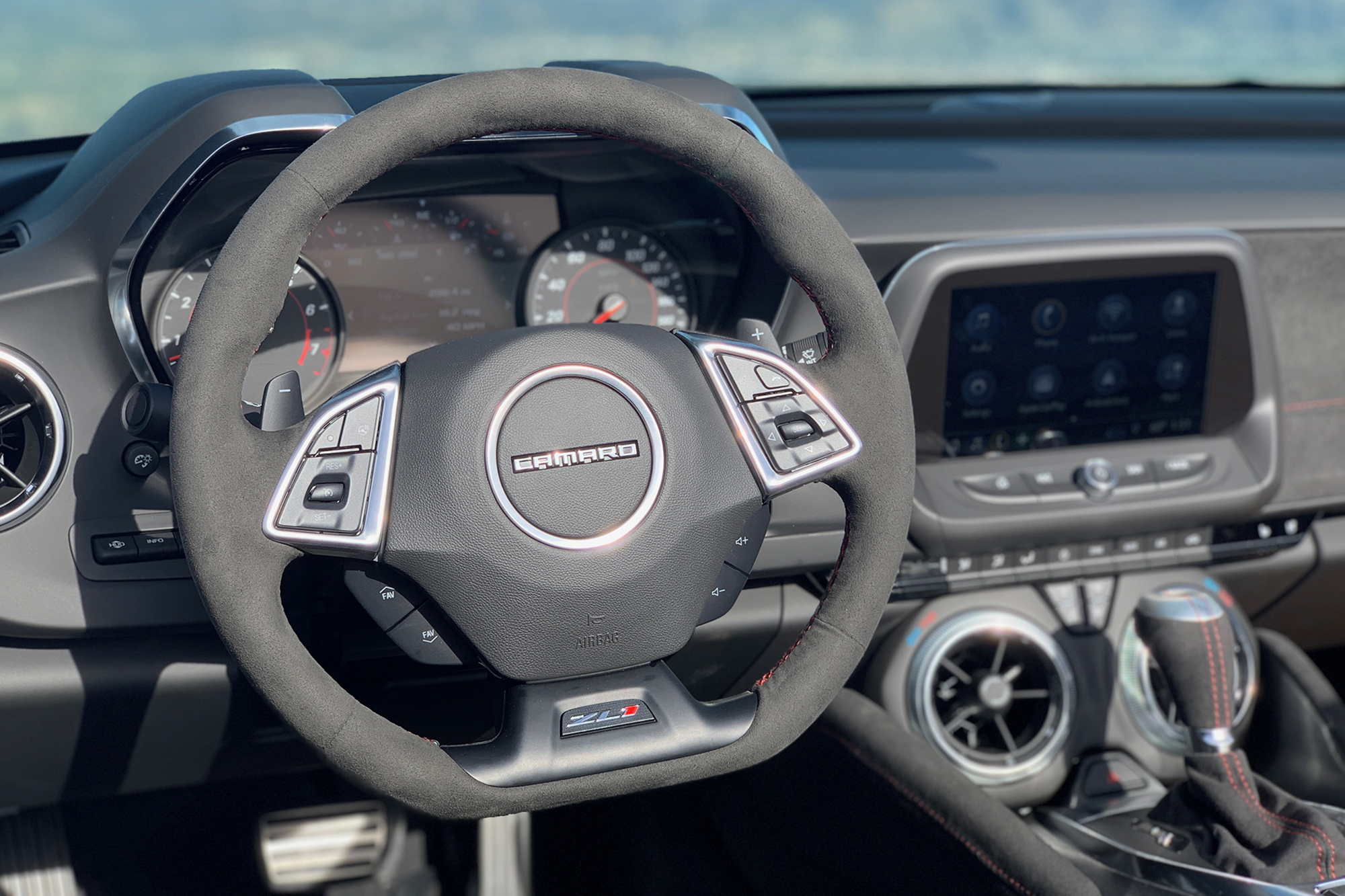 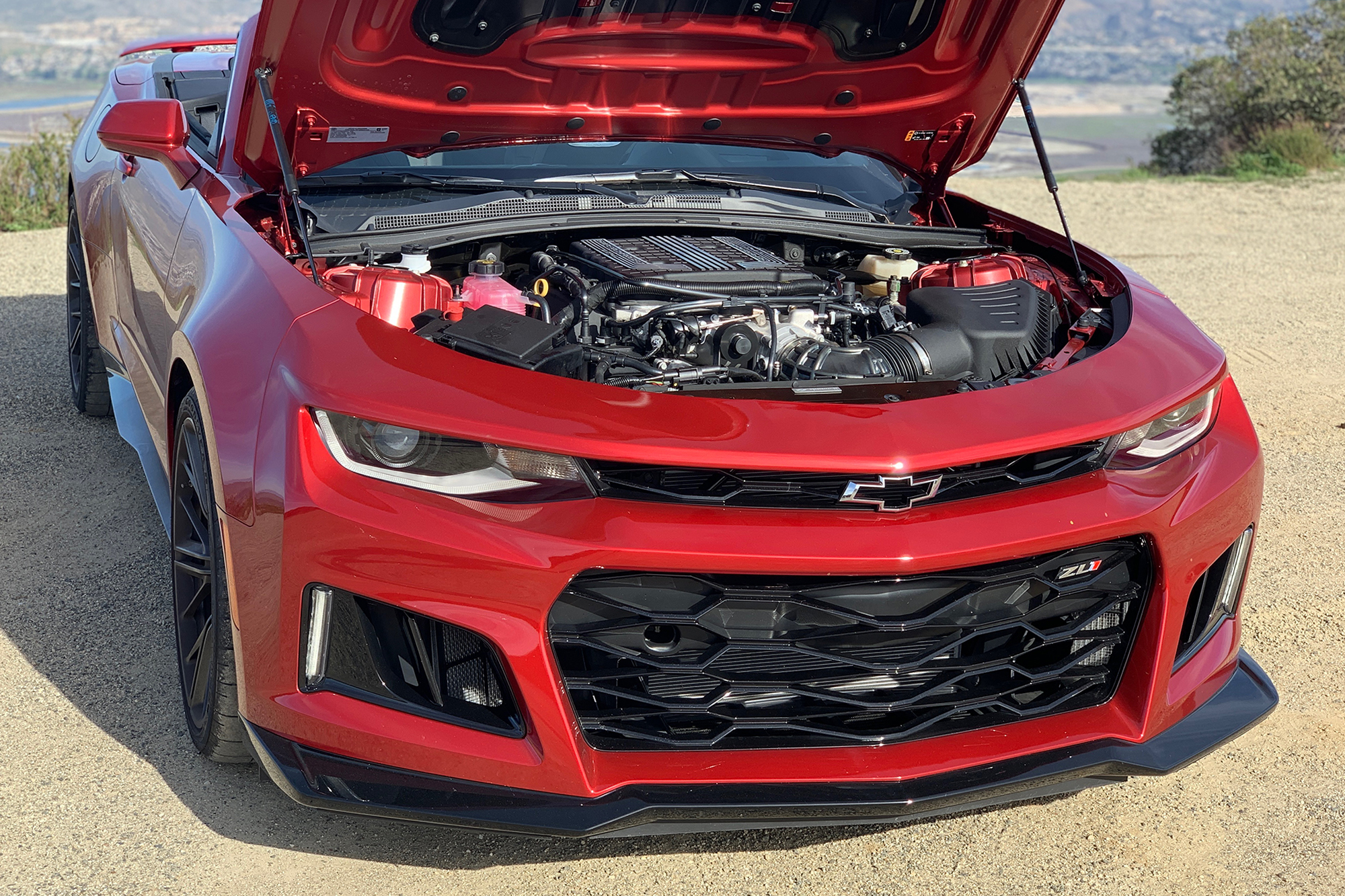 But it's just a Camaro, the haters mewl. It's jussst a Camaro the same way that America is jussssst a little tense right now. Between that supercharged LT4 V8, the masterful Magnetic Ride Control suspension, and the 10-speed HydraMatic transmission, there's some sort of Detroit alchemy happening in the ZL1.

The six-speed manual is standard, and a standard of excellence—but you shouldn't discount the simplicity of the optional $1,595 automatic, which GM claims can pop off an upshift faster than a Porsche PDK. It was...fine in the Camaro SS I drove last year, but the increased torque in the ZL1 snaps the gearbox to attention. The way the automatic transmission turns the Camaro ZL1 to a full-bodied rocket is nothing short of remarkable. Drop the hammer at 50 mph and WHAM, the 4,100-pound 'vert kicks down six gears and punches forward with ferocity. It's classic fun in the most all-American way possible, at once friendly, accommodating, and always ready to knock your head off. Send it down a mountain pass and suddenly you're Major T. J. "King" Kong, a cowboy atop a hydrogen bomb hurtling earthward. [Look it up, Gen Z. —Ed.] Fortunately, you've also got brakes—15.35-inch rotors and six-piston calipers up front, specifically. It shouldn't be this easy to turn lead into gold.

Without the insane 1LE track package, though, the ZL1 is a smidge less sharp through a high-speed corner than something like the BMW M4 or the Ford Mustang Shelby GT350R. Subtracting a roof makes it even looser; going the convertible route also precludes the ZL1 coupe's electronic limited-slip differential and Performance Traction Management system. Still, direct steering, predictable grip, Track mode, and that Stage 2 rocket booster under the hood make for one hell of an open-topped motoring experience that can't be captured on a timesheet. The ZL1 shines in its everyday usability, slinking about with a subdued presence. Credit the fancy magnetorheological dampers and the cabin's overall build quality, but puttering around in Tour mode delivers more of a luxe cruising vibe than you'd expect given the angry V8 under the hood.

That said, the interior is what it is: long-established, full of compromises, and tight in every sense of the word. The most noteworthy addition is the latest version of Chevrolet's infotainment system, also seen on the new Chevy Blazer (along with the rest of the Camaro dashboard). It's fast, crisp, and far easier to navigate than the prior iteration. Goodies like wireless charging, a 4G-LTE connection, and heated/ventilated Recaro seats are standard. 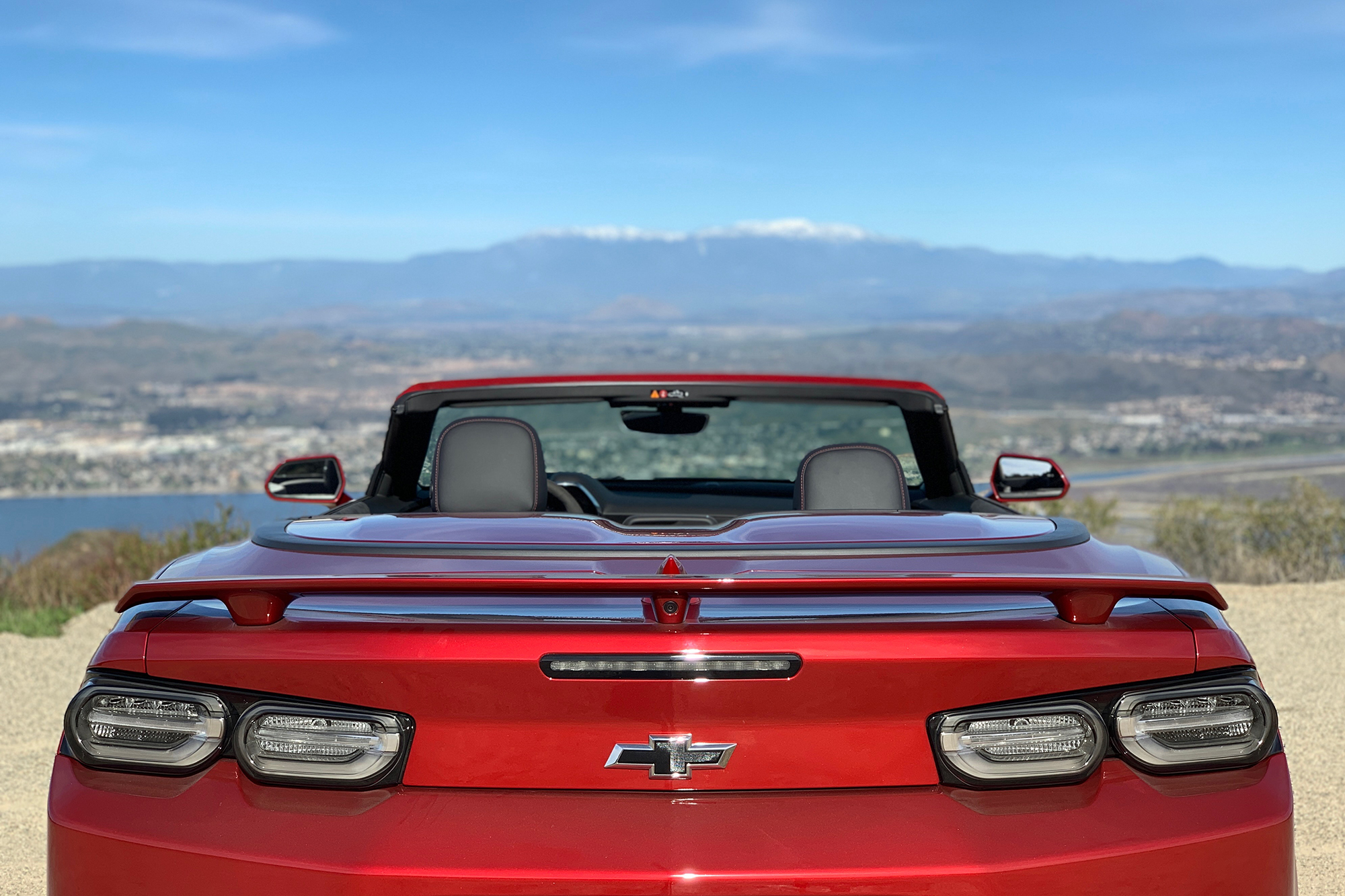 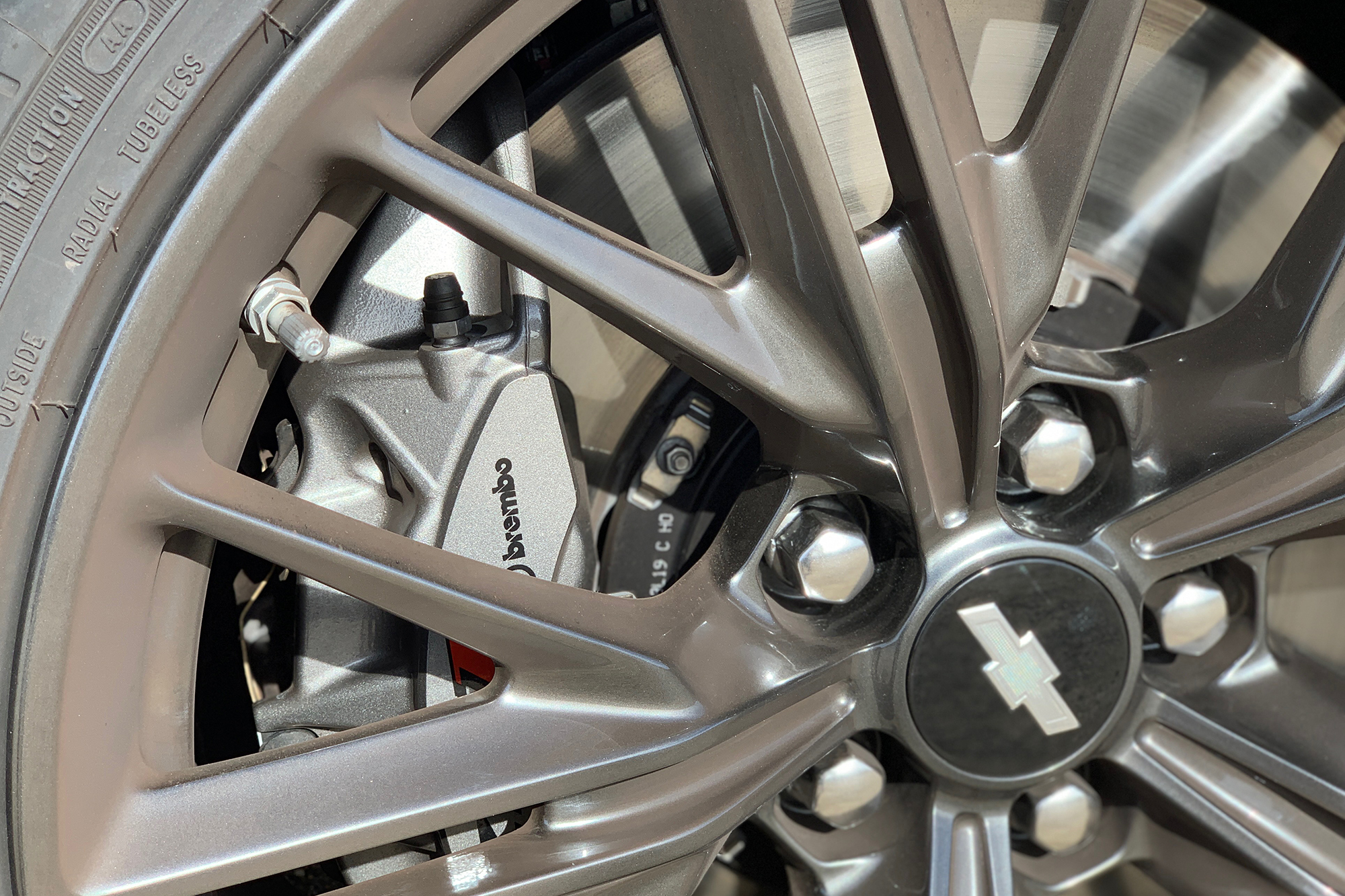 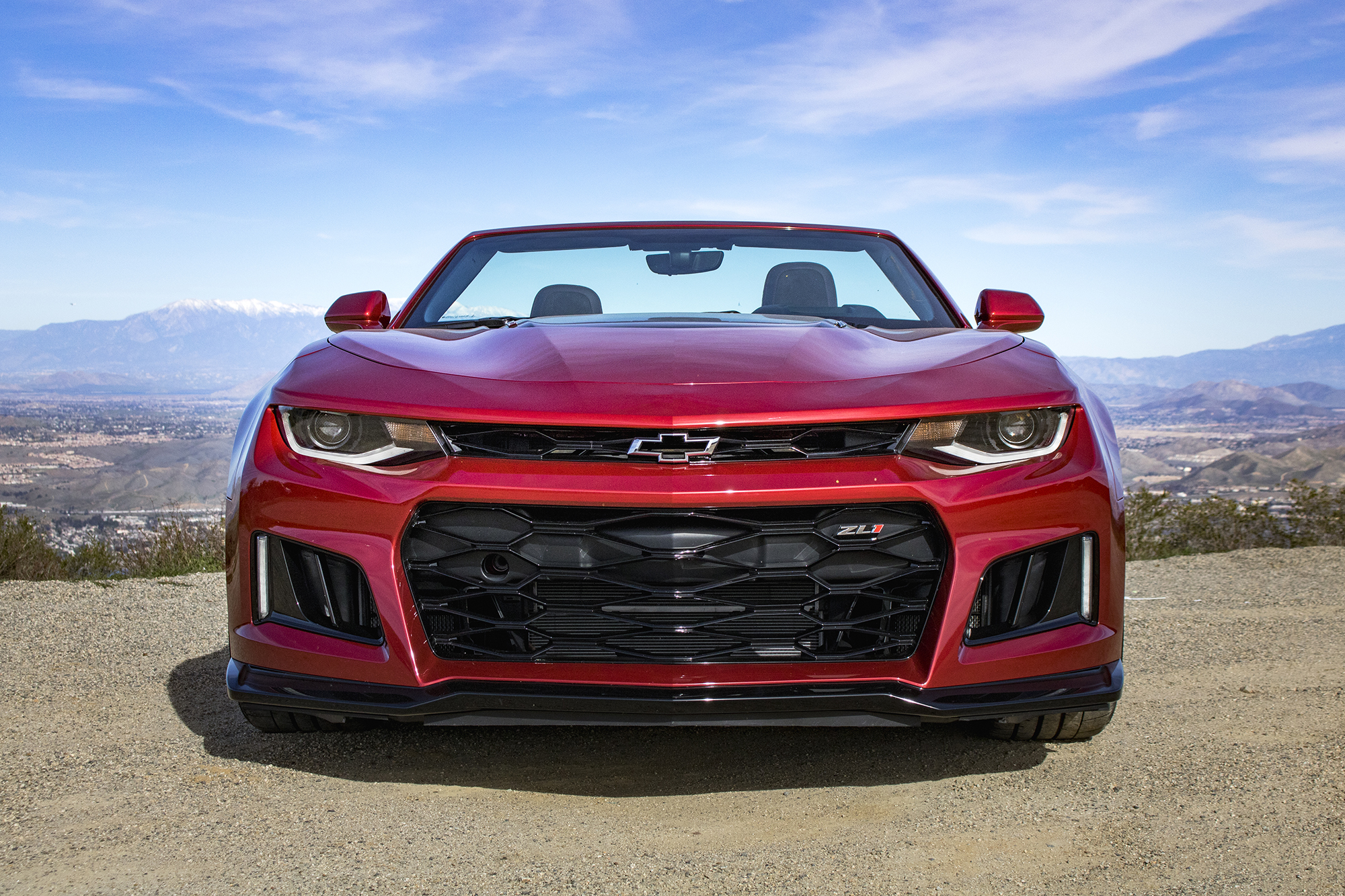 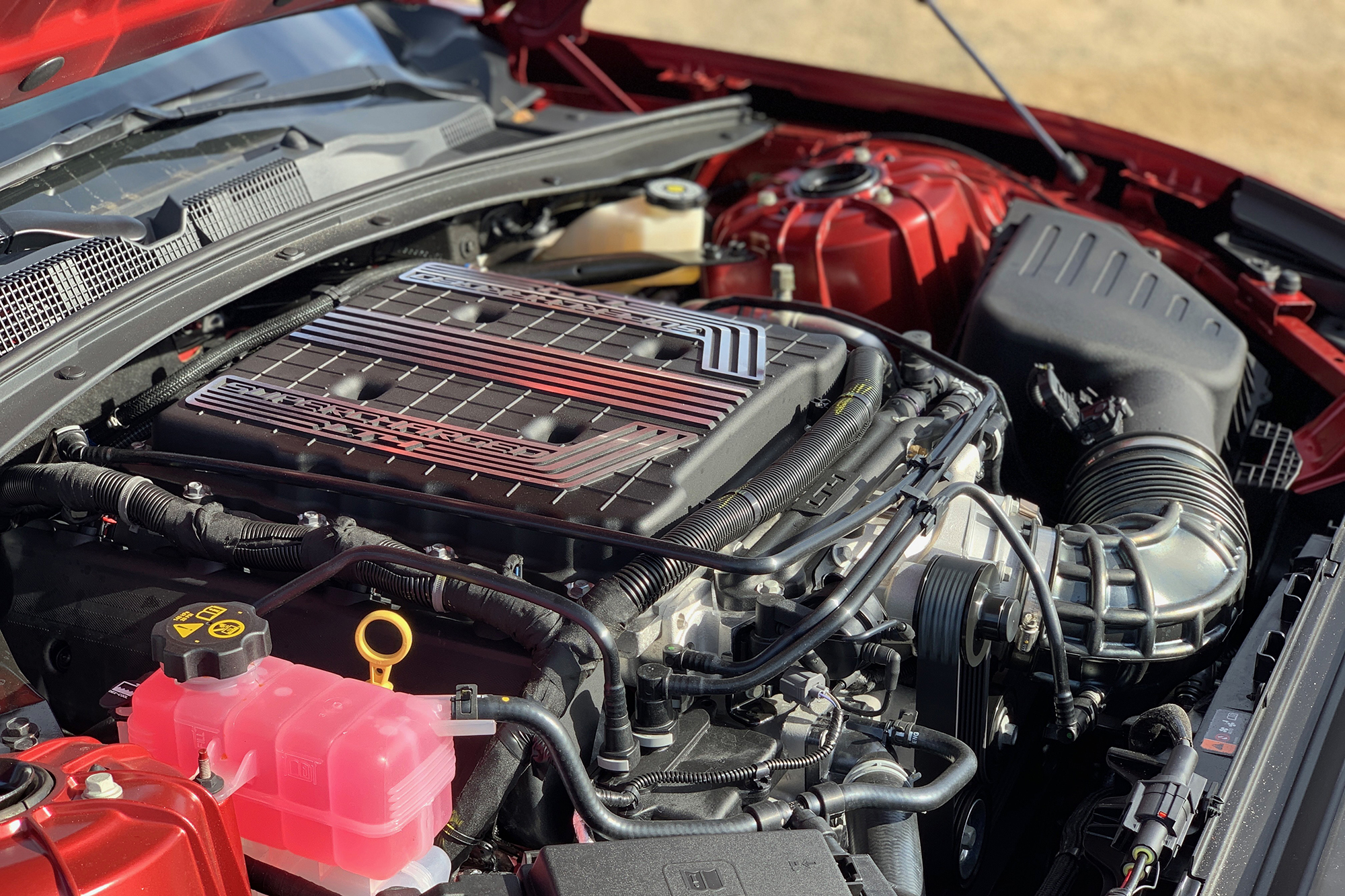 As you'd expect, the convertible brings some much-needed joy (and outward visibility) to the guts by Marie Kondo-ing the roof. Stop and reflect on that what that means for a second: The Chevrolet Camaro is now a four-seat, 195-mph drop-top. Only the Bentley Continental Supersports Convertible is faster among family convertibles, at 205 mph, and it costs over four times as much as the $67,500 Camaro ZL1 'vert. Do I recommend trying to max it out with the top down and four adults on board? Not especially. But like America, the ZL1 won't stop you from trying.

If you're really looking to blend in, know that few things stand out in a traffic jam like a Garnet Red Chevy Camaro with a loping idle—and doubly so if you're going topless. Weather permitting, that should be the ZL1's default state—lowering the roof masks the high beltline and gives it a flat, almost retro profile. Raising all four windows does a pretty good job of insulating the cabin from swirling winds when you're doing the speed limit. Push it above 80 with nothing but the great beyond above your head, though, and things get a little chaotic.

Realistically, the people cross-shopping something like the 2019 Chevrolet Camaro ZL1 with something like the Audi RS 5 or Mercedes-AMG C63 are few and far between, even if the ZL1 is more accomplished on paper. Camaro and Mustang cultists aren't known for switching sides, either. The more relevant question for General Motors might be, this or a Corvette Grand Sport? I'd have to say the Camaro. You get more power, precise handling, and an interior that feels slightly more appropriate at the price point. For those crucial buyers who are totally new to Chevrolet, that might be the winning formula.

It's too simple (and also, wrong) to say the Camaro is the real performance standard for Chevy, even if it's consistently outsold the 'Vette since its re-introduction at the beginning of the decade. (Still, sales for both plunged more than 20 percent last year; Camaro sales have actually been down every year since 2014). The public is clearly turning away from these cars in their current form.

And that's a shame, because what Chevrolet has built in the Camaro ZL1 is damn impressive. Of course, so were 20-foot land yachts, pre-recession McMansions, post-crash social media advertising budgets, or any number of things that have since run their course. So before it slips into the past, let it be known: The 2019 Chevrolet Camaro ZL1 is a giant in its own time.