With countless upgrades including an all-new LS7 and Corvette Z06 brake swap, it's practically begging to be thrashed around-track. 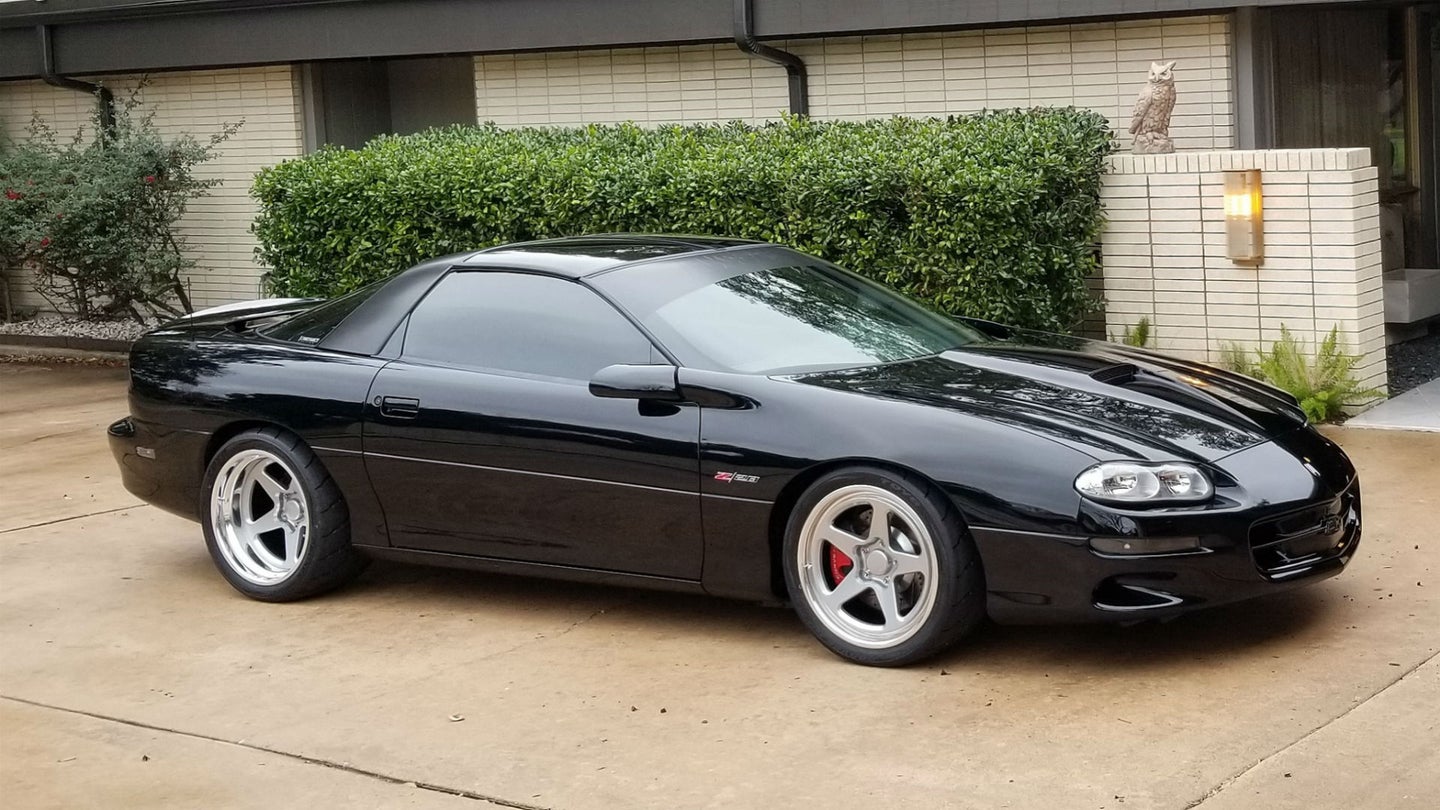 Sometimes, a project car ends up spiraling out of control, taking way more time and money than anyone’s comfortable admitting. Facebook user Justin Timming has fallen victim to said spiral, but he’s embraced his fate as an obsessed F-Body Camaro owner. When talking about his 2002 Chevy Camaro SS, Timming is realistic about his disease, saying, “My peeps are always complaining that I buy a car and never keep it...as you can imagine...I'm 3X into this car what it's worth. Needless to say, I'll be keeping it for a while.”

Such is the case when you drop tens of thousands of dollars into a car with only 830 miles.

At least he started with a real gem. The car itself is a rarity given its immaculate condition and unheard-of mileage count. Not that it really matters in its current state, as it appears that Timming has replaced nearly every part of the Camaro that would’ve aged anyway. The list of mods and upgrades is lengthy, to say the least, and the photos show the quality of work performed to the V8 muscle machine.

It should go without saying that a car with under 1,000 miles on the clock will look new, but the modded Camaro manages that and then some.

Timming has added a narrowed rear end, Forgeline wheels, and a Corvette C5 Z06 brake conversion which all add flair to the Camaro’s spotless underside. The old power plant has been replaced with an LS7 from Late Model Engines and upgraded further with better pistons, a new ported head, a Vengeance Racing cam, new headers, and a free-flowing four-inch exhaust.

The SS came from the factory with 310 horsepower from its 5.7-liter V8, and while we’re waiting to hear from Timming on the car’s current output, it’s sure to be well above that mark. We wouldn't be surprised if it's capable of at least double the factory output, making this perhaps the best interpretation of a Camaro that didn't come from Detroit originally.

It's unclear what the next step for Timming's Camaro will be, although one thing's clear—he isn't selling it. He's currently waiting on a carbon fiber driveshaft, though it doesn't stop there. In his post to the Fbody Empire Facebook group, Timming explained he's considering a slew of aero modifications, a full Alacantara interior, and—yes—nitrous.

Timming's been lauded with praise and, of course, criticism for the Camaro's unbelievably low mileage. Rest assured, if he wasn't afraid to mod it in the first place, he likely won't think twice about turning those Toyo R888R tires to shreds when the time comes.

Got a tip, or know of anyone with an F-Body cleaner than this? Send us a note: tips@thedrive.com