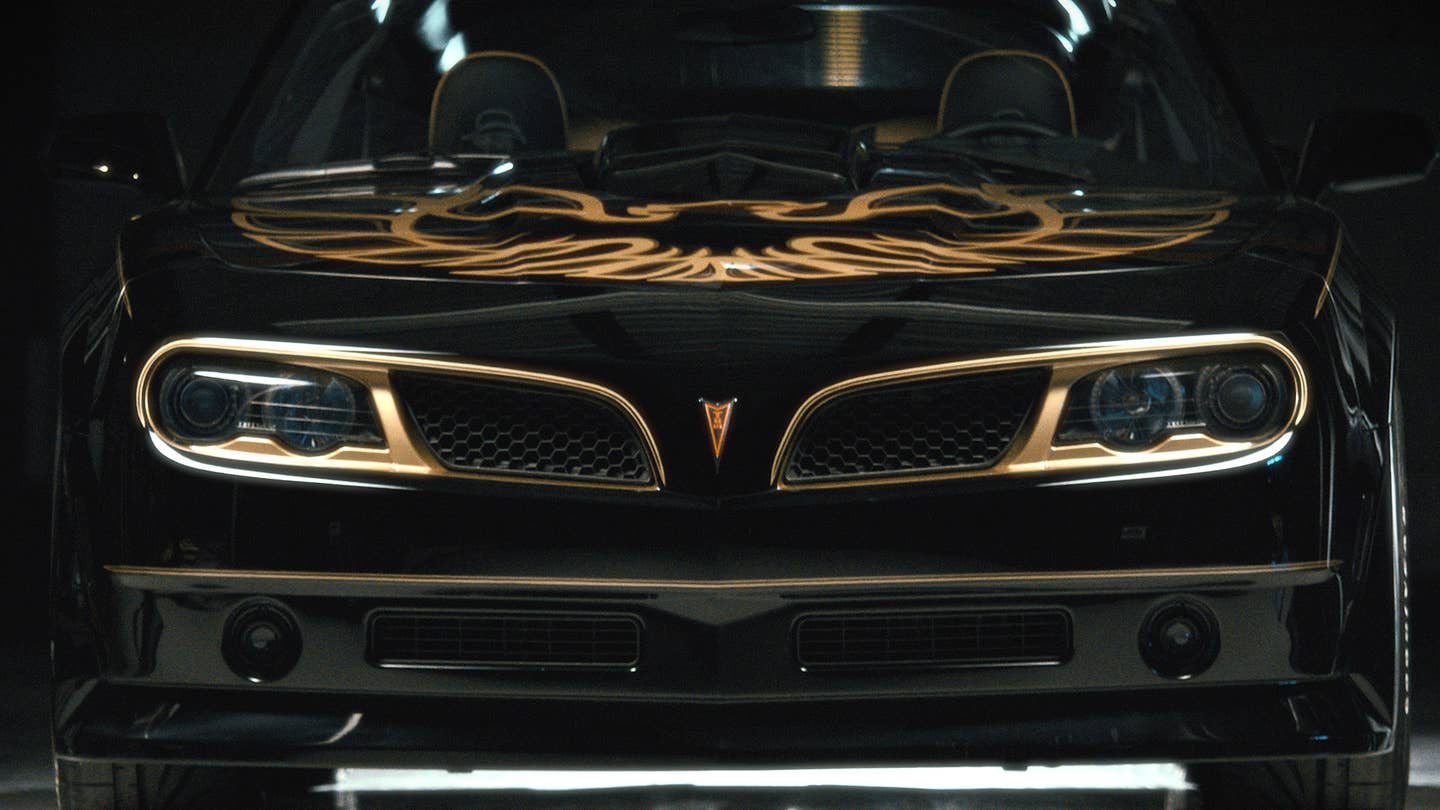 It takes a noble man to reimagine Smokey and the Bandit’s 1977 Pontiac Firebird Trans Am. It takes a wise man to use the erstwhile coupe’s step brother, the Chevy Camaro SS, as the base. And it takes a goddamn hero to drop in a 7.4-liter V8 supercharged to 840 ponies. The shining knight behind this beaut is Scott Womack, co-founder of Trans Am Worldwide, a Tallahassee-based outfit that converts late gen Camaros into contemporary takes on the Firebird. And he thinks Reynold’s iconic Screaming Chicken deserves a tire-squealing comeback.

Among the exterior tweaks are a Trans Am signature split grille, a shaker hood, ground effects, a sizeable spoiler and recognizable quad square headlamps. Gold painted snowflake wheels with period-correct raised white letters sit on the axles and, of course, t-tops were included. After all, if you have to open a door to leap in, it’s not really a proper Trans Am.

Careful attention was paid to lowering and tuning the suspension to give it the proper stance and handling, while GM-engine specialists Street Legal Performance worked under the bonnet to tweak that cold-air intake 7.4-liter lump. That massive powerplant is mated to a six-speed tranny with a close-ratio, short-throw shifter from Hurst.

Inside, there’s a custom leather trim and some retro gauges as well as a heap of Bandit logos all over the place. If you’ve got $115,000 and are one of the lucky 77 to acquire one, you’ll also receive Burt Reynolds’ autograph on the dash since he signed every single one of the lot. If that price is too steep for your blood, Trans Am Worldwide offers a number of tuned models that begin at $70,000, which includes the donor Camaro SS. Simply pick your performance package - a 6.2-liter V8 tweaked to 550, 650 or 720 horsepower - and peel away in style. No matter how you dice it, all are cheaper (and faster) than this original Bandit Edition Trans Am, which recently fetched $550,000 at auction.