This 1985 Pontiac Trans-Am Kammback Wagon Is the Real Deal

Meet G.M.’s official test mule for the muscle breadvan that never was. 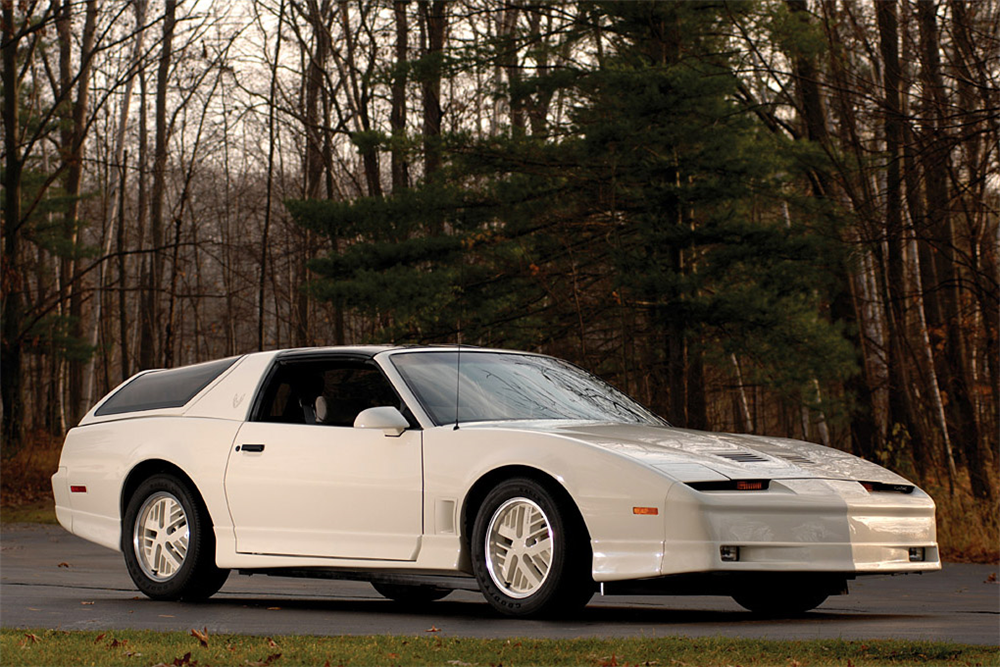 You are looking at a wormhole into a wonderful, bizarre alternate timeline.

Here, G.M. followed through on its 1970 Camaro Kammback concept, successor to the beloved Nomad wagon. The facelifted second-gen Pontiac Firebird “Type K” aero study, coachbuilt by Pininfarina for G.M. design boss Bill Mitchell, and featured on The Rockford Files in 1979, went into production. The shooting brake was a smash hit, naturally, because who doesn’t want a 4-barrel Firebird with a Gullwing-style hatch? But now there’s a problem. How will G.M. follow up on its best-selling wagon?

Enter: The 1985 Pontiac Trans-Am Kammback Concept. Our hero is based on the third-gen hatchback, but trades that boring liftgate for a sleek, glassy, sportwagon rear. It’s got the G-code 305ci H.O. V8, as well as a five-speed manual transmission, and comes loaded. Features include air-conditioning, cruise control, AM/FM stereo cassette, and T/A mag wheels, plus power steering, brakes, windows, and door locks. Also t-tops. Always t-tops.

The sad reality, of course, is that the 1970 Kammback died in design, the result of a tooling conflict because the Camaro and Trans-Am didn’t share the same doors. The “Type K” was approved for production, but died when Pininfarina sent Mitchell the bill. To turn a profit, G.M. would’ve had to sell each Firebird wagon for $25,000 (some $83,000 in today’s money) at a time when the top-trim Trans-Am stickered under $6,000. There was a company in California that built a few replicas. That’s about it. The 1985 Pontiac Trans-Am Kammback Concept didn’t make it either.

But! Pontiac did build four test mules. You’re looking at EX4796, as featured on the cover of Motor Trend’s August 1985 issue. It’s optioned-out, with all the kit listed above, and holds the distinction of having served as a pace car for PPG/CART and IMSA. Stillborn concepts usually go to the crusher, but EX4796 escaped to the Pontiac Engineering Car Collection, where it stayed until the mid-1990s. It was then acquired and restored by collector John McMullen.

If you like a world where G.M. builds Trans-Am breadvans, submit a bid on EX4796 at the Barrett-Jackson Scottsdale auction website here.