Third-gen Camaros can be cool, too, okay? Okay? 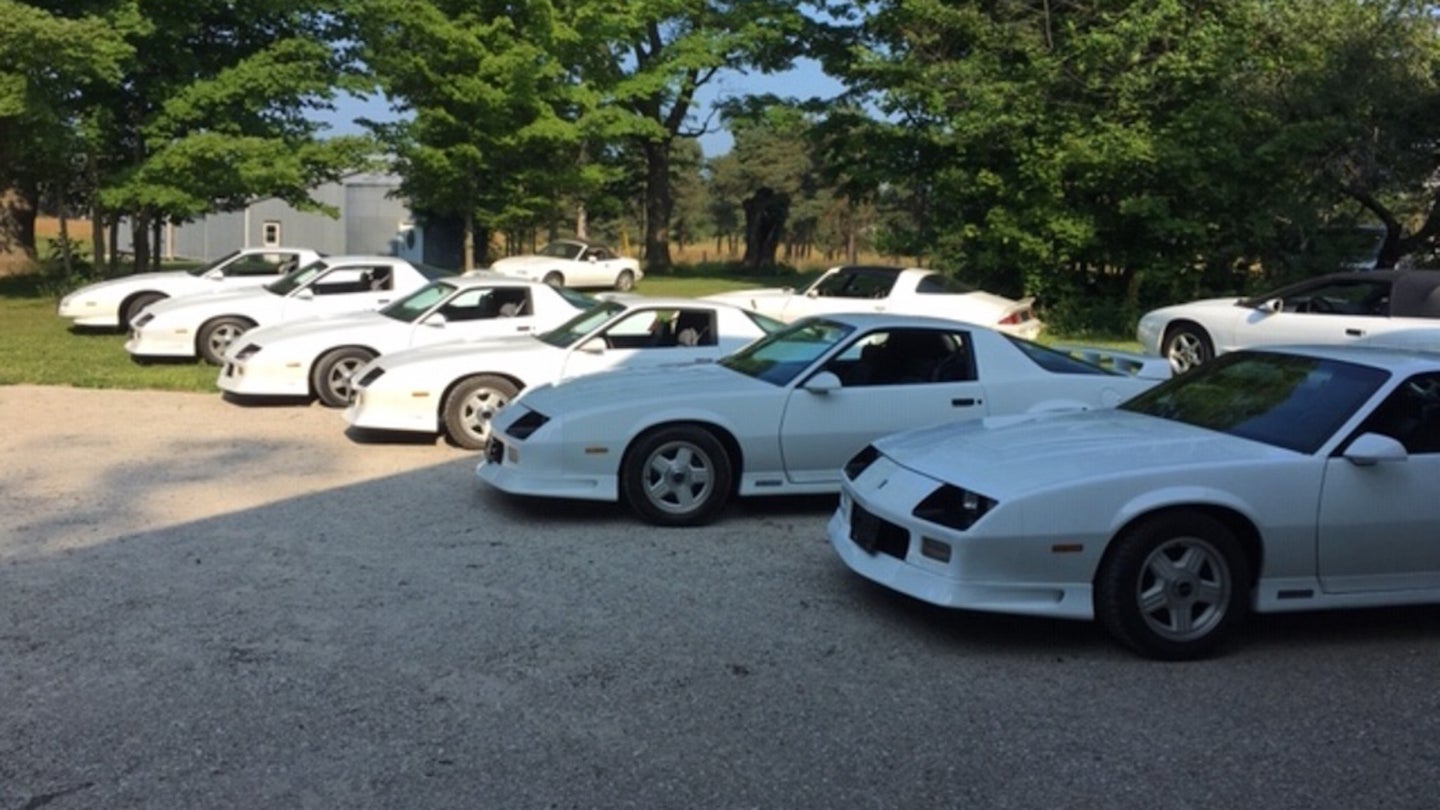 The third-generation Chevrolet Camaro is a polarizing car. Either you love it and have an extensive collection of Twisted Sister LPs at home, or you hate it. One variant of the car has captured the hearts of dedicated motorsports fans, but it's unlikely you've ever heard of or seen one in the wild. The Player's Challenge Camaro was built specifically to compete in the Canadian race series of the same name, and it came with a host of go-fast upgrades over its civilian counterpart. There's actually one for sale right now on Autotrader.ca for $43,000 CAD, but the real story pertains to all the other Camaros sitting around in the photos.

The seller happens to have 14 of the Player's Challenge cars for sale, though they're only off-loading one of them in this particular ad. To get info on the rest, you'll have to call the number included in the listing—apparently, this seller is rather picky. The Camaro 1LE was formerly owned by racer Doug Beatty and is said to have fewer than 30,000 kilometers on the clock. Though the cars were built to do hard time on a track, the ones we see in the photos are all spares that were never driven in competition.

The ad states that the car has a manual transmission, just like the rest of the spec racers, and it comes with a sealed-spec, 305-cubic-inch V8. Below is the original purchase documentation for the car. The paperwork on top is for a different, red Camaro that was actually used as Beatty's EDS/Mackie Moving race car, which can be seen in the video at the end of this article.

The Drive spoke with Doug Kemp, a Player's Challenge Camaro collector and expert, who said that the $43,000 Canadian price tag is reasonable and noted that the cars' un-raced condition makes them ripe for a collector's garage. He actually built a tribute car to honor Beatty's racing days, which can be seen in the photos below, along with another restored, race-used 1989 Player's Camaro in his collection. Kemp also confirmed Beatty's red Camaro that was actually raced ended up being wrecked and sent off to a scrapyard.

Somewhere between a full-on motorsport machine and a homologation special, the Player’s Challenge variants were certifiably road-legal and featured several modifications over their “standard” Camaro counterparts. The cars had full cages and their back seats were removed. Underneath, there were special shocks, a baffled fuel tank, stiffer bushings and more. The cars had to be ordered directly from the factory using a special options code that differentiated them from the rest of the pack and as a result, the cars and their ability to race were largely a secret outside of motorsport circles.

General Motors Canada oversaw the Player’s Challenge race series, which was only for identically configured Camaros and Trans Am race cars. The company built somewhere between 90 and 100 cars each year since drivers needed the latest model year to compete in the series. Production ran from 1986 to 1992, which yielded a total run of 388 Camaros and 109 Trans Am cars. The blue Camaro in the sales ad was actually a GM Canada promo car and is said to still have adhesive residue from all of the stickers the company placed on it for the series.

No matter how you spin it, things aren’t looking good—or even OK—for the Camaro.

Apparently, not many folks are interested in an electric, drag-prepped muscle car.