No matter how you spin it, things aren't looking good—or even OK—for the Camaro. 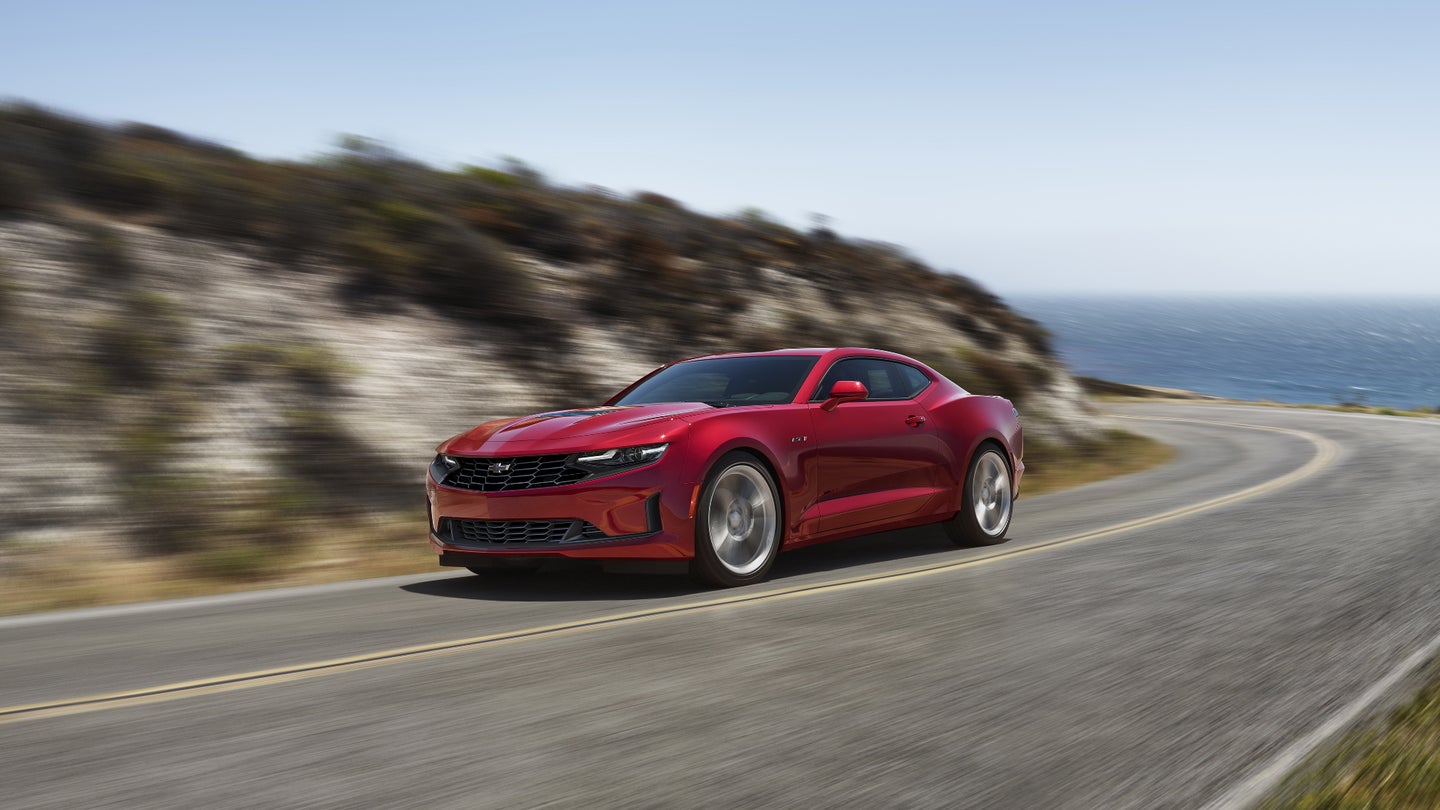 The Chevy Camaro seems like one of those cars that General Motors can't quite figure out—or maybe it just forgot about it. On paper, it's a great car, and certainly up to par with the Ford Mustang and Dodge Challenger dynamically. The Camaro has lacked the constant updates its rivals have been receiving, however, and with a little help from an unfortunate-looking facelift, it has cemented its reputation as a third-rate pony car. Now, with the pandemic taking a toll on all auto sales, the Camaro is getting dumped on—and that's putting it lightly.

GM sells the Camaro worldwide, even in countries like South Korea and Argentina, but you won't have to look that far to see how bad things have gotten. As compared to Q2 last year, the Camaro's sales in the United States have dropped 46 percent from 12,433 units to 6,675. The second-best market for the Camaro is Canada and there, it has also seen a similar decrease of 41 percent—from 993 units in Q2 of last year to 590 this time around.

In some of the smaller markets for the car, the story gets even grimmer. It's not clear if GM is super concerned about these markets; however, if it's spending the money to ship cars to these places, it can't be good. For instance, it sends the Camaro to Russia, and although it only sold 22 Camaros in the entire country during Q2 of 2019, that number has dropped to just one—a decrease of 95 percent. It's a similar story in Argentina as well where 33 Camaros were purchased off lots there in Q2 2019, and now it's down to zero. I don't have to whip out the calculator for you to figure out that percentage.

When compared to the Mustang and Challenger, the Camaro's outlook is plain sad. Mustang sales only dropped 27 percent with the pandemic looming, while the Challenger was a bit further behind at a 35-percent decrease. In fact, the only car in the segment doing worse than the Camaro is Toyota's GT86 which has seen a sales decrease of 51 percent.

Lastly, the Camaro has the smallest market share of any of the three pony cars in the segment, which includes other two-door sports cars such as the Subaru BRZ, the Mazda MX-5, Nissan 370Z, and Fiat 124 Spider. The Ford Mustang ties down 43 percent of this market in the U.S., the Challenger follows at 27 percent and the Camaro is in third with 18 percent. It's worth noting that all other offerings are in the single digits, but that isn't much consolation considering a muscle car buyer is likely to cross-shop between, well, other muscle cars.

So yeah, none of this is good news, especially since GM is rumored to be canning the Camaro after 2023. If it had any doubts about doing that, those are probably gone, and that's a shame. The Camaro is one of the best handling cars in the segment, and it offers several great drivetrain and transmission options that bring the heat to many more-expensive European offerings. I guess we'll just have to hope GM sends a few more potent special editions our way before the pony car's alleged demise.