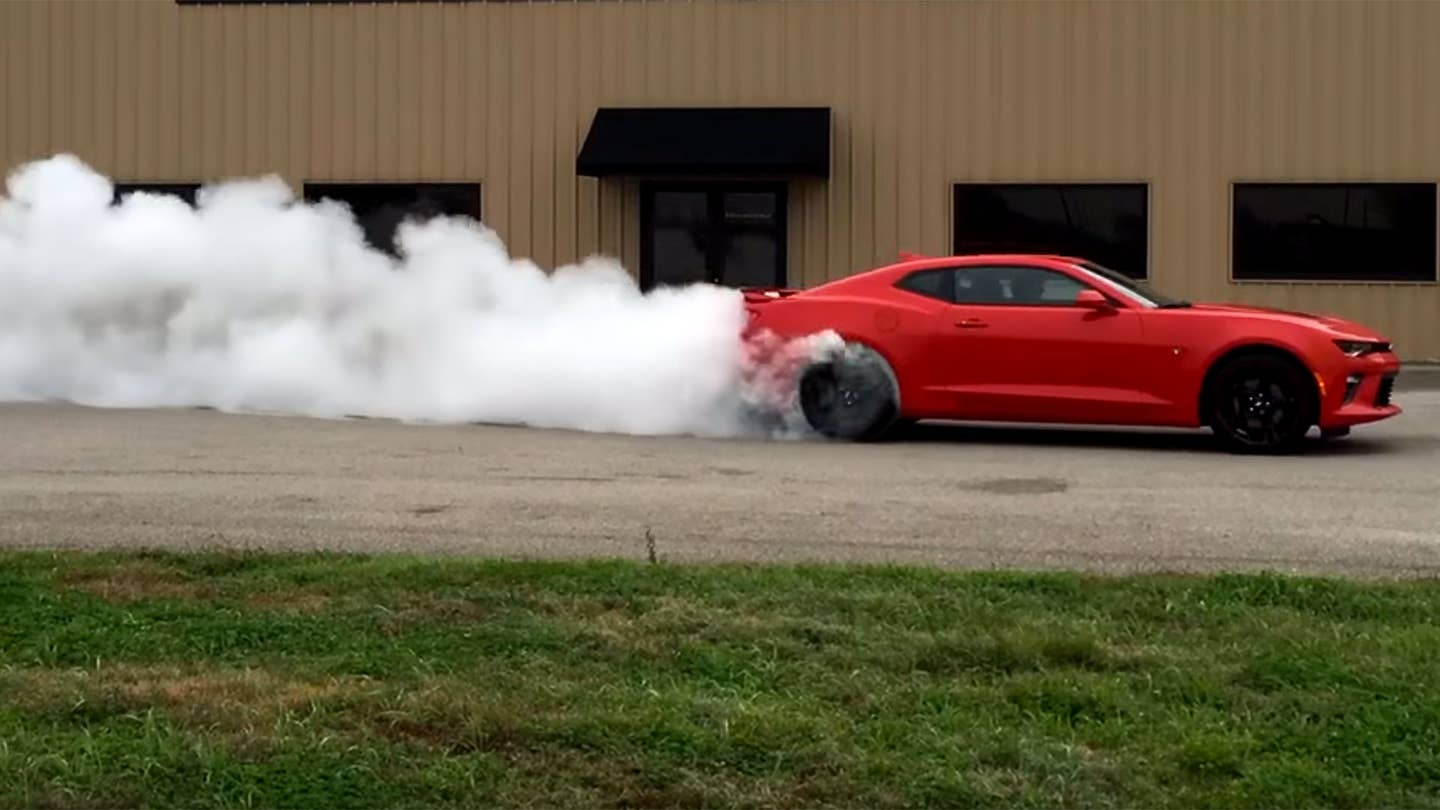 Forget your fancy-pants Eur-o-peen Bugattis, the thousand horsepower mark has migrated to the Camaro crowd. Cramming a ranch's worth of horseflesh into your pony-car isn't particularly easy – or safe. If it was, the factory would be doing it. But it's possible for anyone who wants to spend some money and turn a wrench. Hitting a grand's worth of gallop isn't a new phenomenon. Here's a half-dozen of the best Camaros to ever crack the 1000hp mark.

If the mid-seventies would stick a pin in the heavy horsepower performance bubble, they'd first go out with a bang. Thanks to crowd-pleasing rivalries like that between Tom “Mongoose” McEwen and Don “Snake” Prudhomme, drag-racing was very popular. And few teams were bigger fan favorites than Russell James Liberman and Pam Hardy.

Jungle Pam had huge, er, tracts of land. Jungle Jim had a 7000hp funny-car fed on nitromethane and a left foot that never lifted. Together, they put on a show that became legend, excess echoing through the ages.

The original car was set up with a Nelson Racing Engines twin-turbo 406ci V8 and, while semi-streetable, comes with a 'chute and drag slicks. The makers of the fourth Fast & Furious movie were so taken with the build, they commissioned six replicas to be used in filming.

The third-generation Camaro gets little in the way of respect. Sandwiched between the classics and the modern warriors, it was never a heavy-hitter, even in Z/28 trim. But this one is.

NRE swapped in a twin-turbo 427 crate engine and massaged both sheetmetal and frame rails to hide 345-series drag radials out back. The engine makes 1750hp, 1730 lb-ft of torque, and will surprise the hell out of any supercar owner.

What are you supposed to do with a 2800hp fourth-generation Camaro? Take it to the Texas mile airstrip races and start racking up the victories. Thanks to all the power, the Kelly Bise team could soon claim to have the world's fastest Camaro at 263.2mph through the standing mile.

Alas, in March of 2013, the Camaro wrecked spectacularly. Miraculously, driver Joe Hunnycutt was able to walk away from the crash.

Rapper Lupe Fiasco is an unlikely figure in hip-hop. A skateboarder with a social conscience, he's also really into cars, and unusual ones at that. His collection includes a Ferrari 412, an Austin Healey, and an older Benz SL500. And one hell of a Camaro.

His 2010 Camaro SS has been modified by Automotive Engine Specialties, an Illinois-based drag-racing company. With twin ball-bearing turbos, it should put at least 1000hp to the rear wheels on E85 fuel.

The Alpha platform Camaro needs an alpha dog, and Hennessey performance is here to deliver it. More than just a strapped-on supercharger, a Camaro equipped with the HPE1000 package gets a fully built stroker engine and dyno-proven results.

With 1008hp and 918lb-ft of torque, this Camaro should be able to laugh off any Hellcat at the strip. If you can't wait for the ZL-1 to become available, why not go big?

The Whole Car World Explained in a Single Poll

Nothing says more about your place in the automotive world than how you answer this question.