Should I Buy This Barn Find 1968 AMC Javelin SST?

Talk me out of it so my wife doesn't kill me. 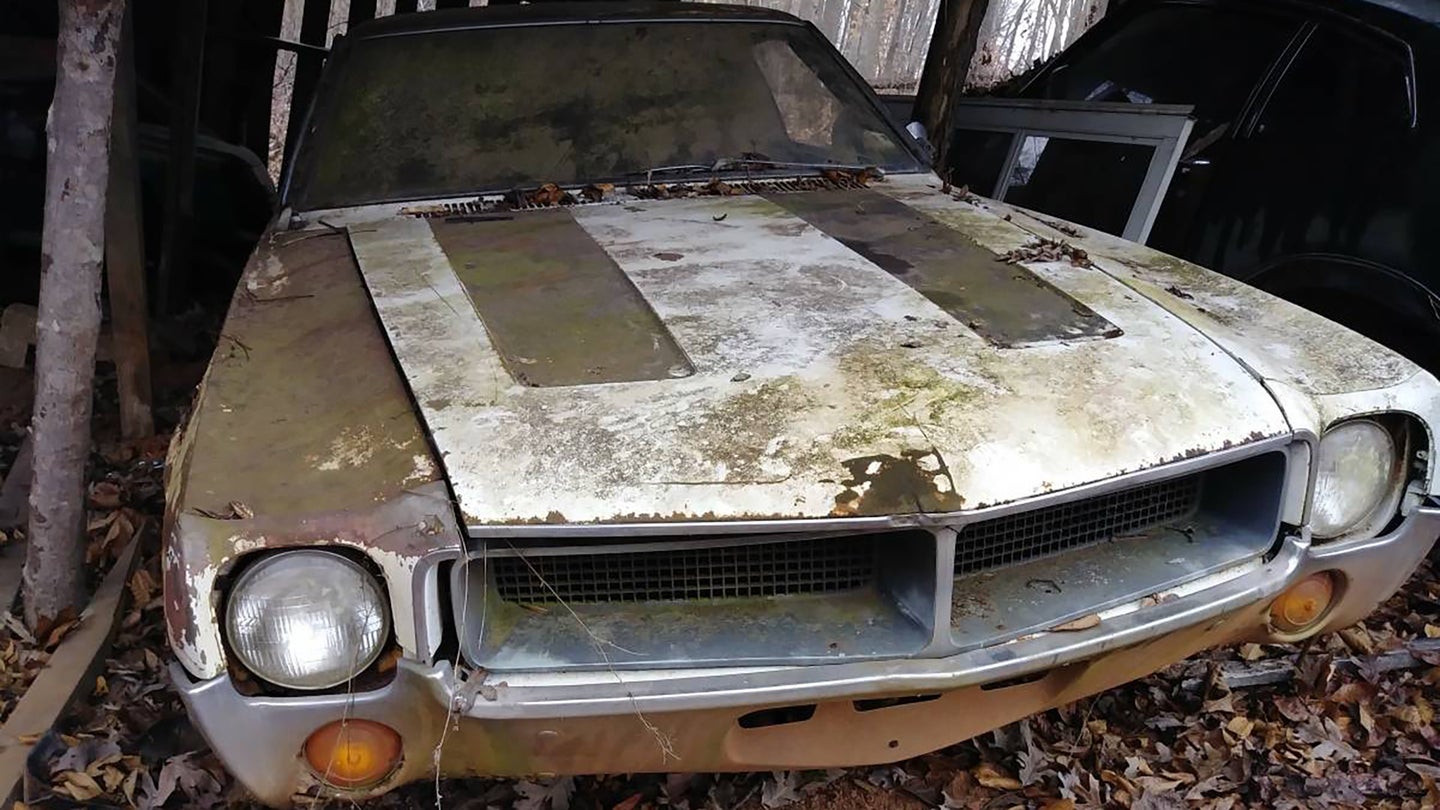 If you’re anything like me, you spend restless nights by the warm, white glow of a Craigslist screen. This is a twice-daily occurrence for me, looking for deals and dreaming of projects. In a recent search, I stumbled across this 1968 AMC Javelin SST 343.

AMC was a small car manufacturer that took on America's Big Three automakers using a variety of hand-me-down parts. You may open the hood and find Ford and Chrysler parts, but with a purposeful combination unique to AMC.

AMC was known as "a small company deft enough to exploit special market segments left untended by the giants,” according to Fortune. The name began in 1954 with the merger of Nash-Kelvinator Corporation and Hudson Motor Car Company. You may know them from models like Hornet, Gremlin, and Pacer.

Fast forward to the age of the Pony car when AMC had a response to the Camaro and Mustang, the AMC Javelin. Which was considered the budget-conscious, muscle car alternative. It’s small, lightweight, stylish and has a V8. Everything you wanted in 1968.

I’ve been a lifelong fan of the brand despite owning a single one. What first caught my youthful eyes were the obnoxious wheel humped fenders on the 1971 AMC Javelin. When the company was making a run at the big three on the Trans-Am circuit, they secured last year’s champion, Mark Donohue. In an attempt to dominate the series, AMC placed second in 1970 manufacturer championship, they added large fender humps to clear oversized racing tires (or at least that was the rumor). A bold, but beautiful move that reminds one of the better days when American racing influenced the showroom.

This ’68 has no fender humps, but it does have that ever sweet barn-find look. The SST package, was the top of the line offering at the time with more bells as whistles than a standard. The catch is, AMC produced more SST packaged cars than standard models, so while they’re more desirable today, they’re certainly not rare. The 343ci V8, featured in this car, was the mid-range and standard option, not increasing the value. However, a larger 390 ci V8 was offered at the time, and extremely rare today.  The funny thing was, in 1968 the Javelin 390 ci was only offered in a three-speed, while the 343, a four-speed. Many hot rodders discovered the factory 343 cars were faster than the 390ci optioned models.

So I ask you, help me either convince my wife I need another project or save my marriage and let this one pass. It’s posted on Greensboro, North Carolina Craigslist for $2,200.