One ‘Maro maniac attempts to turn a pile of junkyard parts into a drag racing monster. 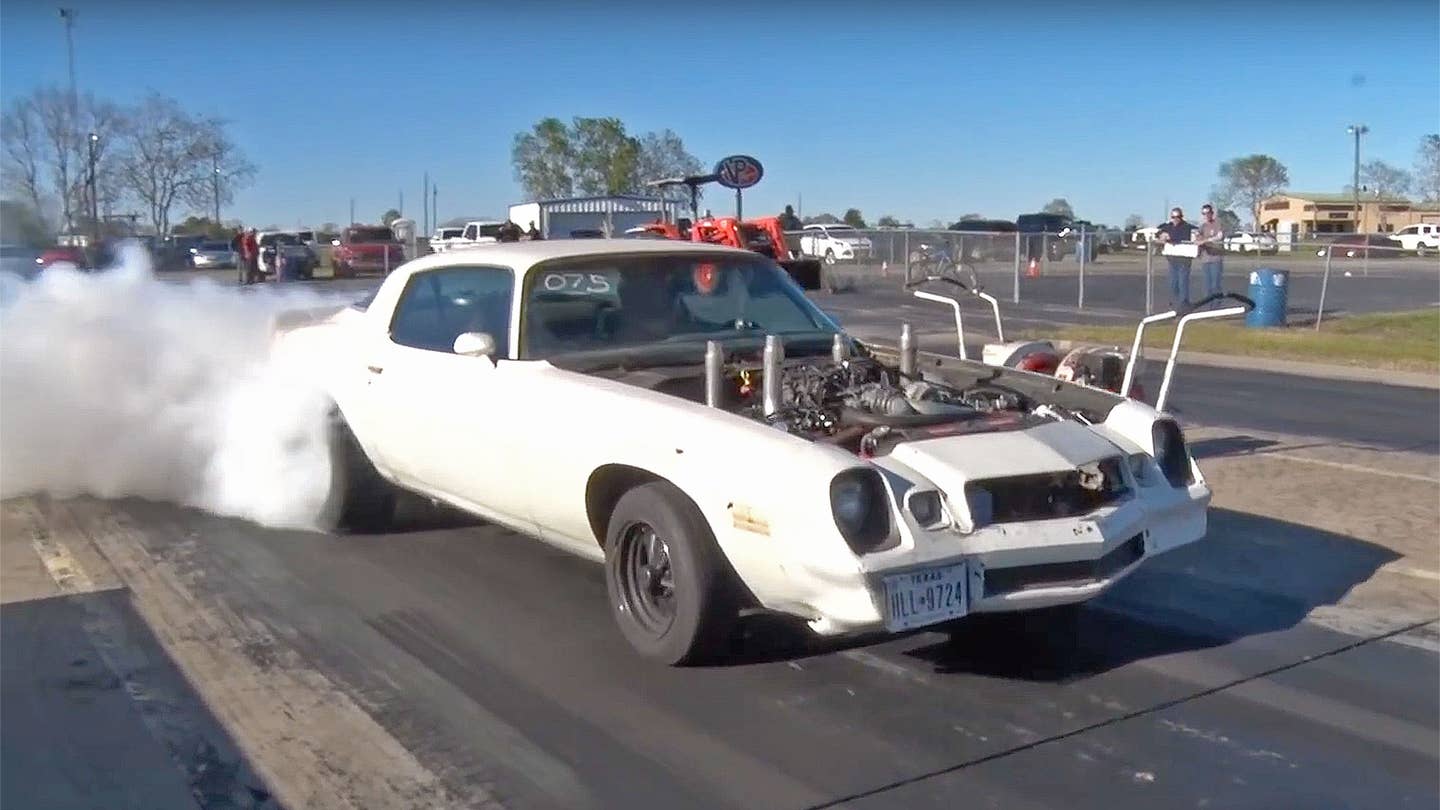 Given enough time and money, a skilled builder can turn pretty much any car into a drag racing monster. But transforming a hunk-of-junk Camaro into a dragster that can run in the 11-second range using only junkyard parts? That’s some serious MacGyver-level work.

And that’s exactly what one man managed to do, as you can see in the video from YouTube drag racing channel 1320video posted below. According to the car’s owner, the rustbucket ‘Maro packs a 6.0-liter LS V8 culled from an old GM truck, with no fewer than four 48-mm Borg Warner K03 turbochargers affixed to push more air into the smallblock’s combustion chambers. (Interestingly enough, that’s the same turbocharger used by Ford on the Focus ST.)

The parts, the owner claims, have been harvested straight from the junkyard, and it shows; if the Camaro’s weathered patina and rusty rat’s nest of an engine bay weren’t evidence enough, the shop-vac hose reappropriated for powertrain use is fairly demonstrative of the car’s Mad Max-ian origins.

The car, the owner claims, is capable of running an 11.3-second quarter-mile on pump gas, thanks to a guesstimated output of around 600 horsepower at the flywheel and some rather extreme weight-reduction measures (i.e. lack of hood). Filled up with racing fuel and with a hot set of tires, however, the car went on to rip off a 11.0-second run at 123 miles per hour at the Hennessey-owned Lonestar Dragstrip during this year’s Street Car Takeover Houston. That, for the record, is almost as fast as a brand-new Corvette Z06. Not too shabby...especially for a car that’s probably worth as much as a set of Z06 wheels and tires.