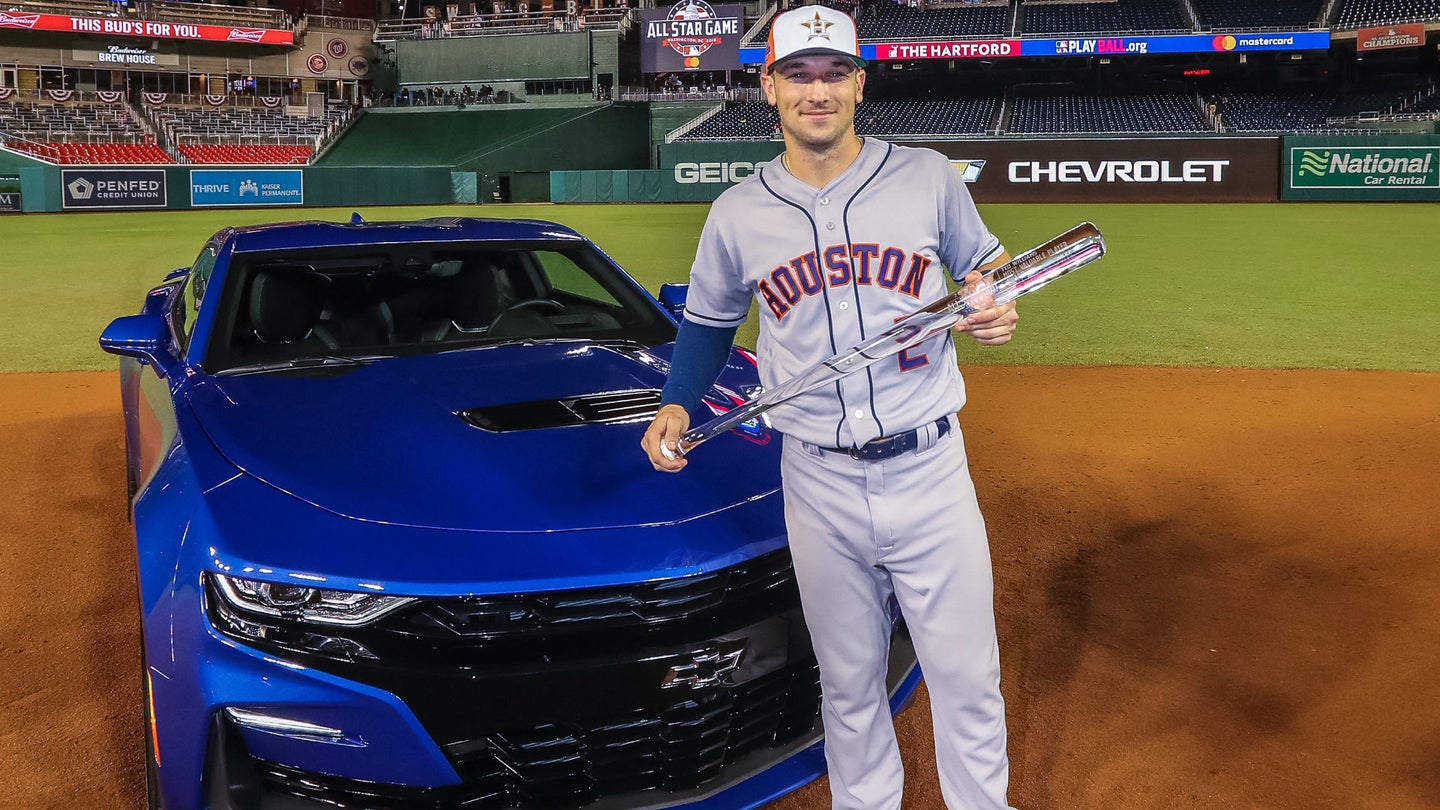 Chevrolet announced that Houston Astros player Alex Bregman has been gifted a 2019 Camaro SS Coupe after being named Most Valuable Player at the 2018 Ted Williams MLB All-Star game Tuesday night. Instead of keeping the car for himself however, the third baseman threw a curve ball by giving the car to his mother, Jackie.

Bregman was awarded MVP after his go-ahead home run in the 10th inning of the game at Nationals Park in Washington, D.C., which guided the American League to an 8-6 victory over the National League. In addition to a new car, the homer scored Bregman his first MVP award ever, after three seasons in the major leagues.

For his incredible performance, Bregman was given the choice between the refreshed Camaro SS or a Colorado ZR2. The face-lifted pony car was a good choice, as the 2019 model receives a host of new features like a 10-speed automatic transmission out of the top-of-the-line Camaro ZL1, featuring line-lock and custom launch control.

“Bregman set a great example for baseball fans and especially our kids by hustling hard for the entire game and demonstrating exceptional teamwork — essential qualities to win on the field, in the classroom and in life — and that is why Chevrolet is proud to present the MVP awaod,” said Brian Sweeney, U.S. vice president of Chevrolet.

As massive baseball fans, Chevy has been the official vehicle of major league baseball for 13 years straight, and has raised more than $36 million for its Chevrolet Youth Baseball program, which works with MLB's Play Ball initiative to inspire kids of all ages to play baseball.

The former owner found out real quick what 460 American horses are capable of.

Last Minute Gift Guide for the Motorcyclist in the Family

Whether it goes under the tree or is used as a stocking stuffer, these gifts will make you a gift-giving legend.