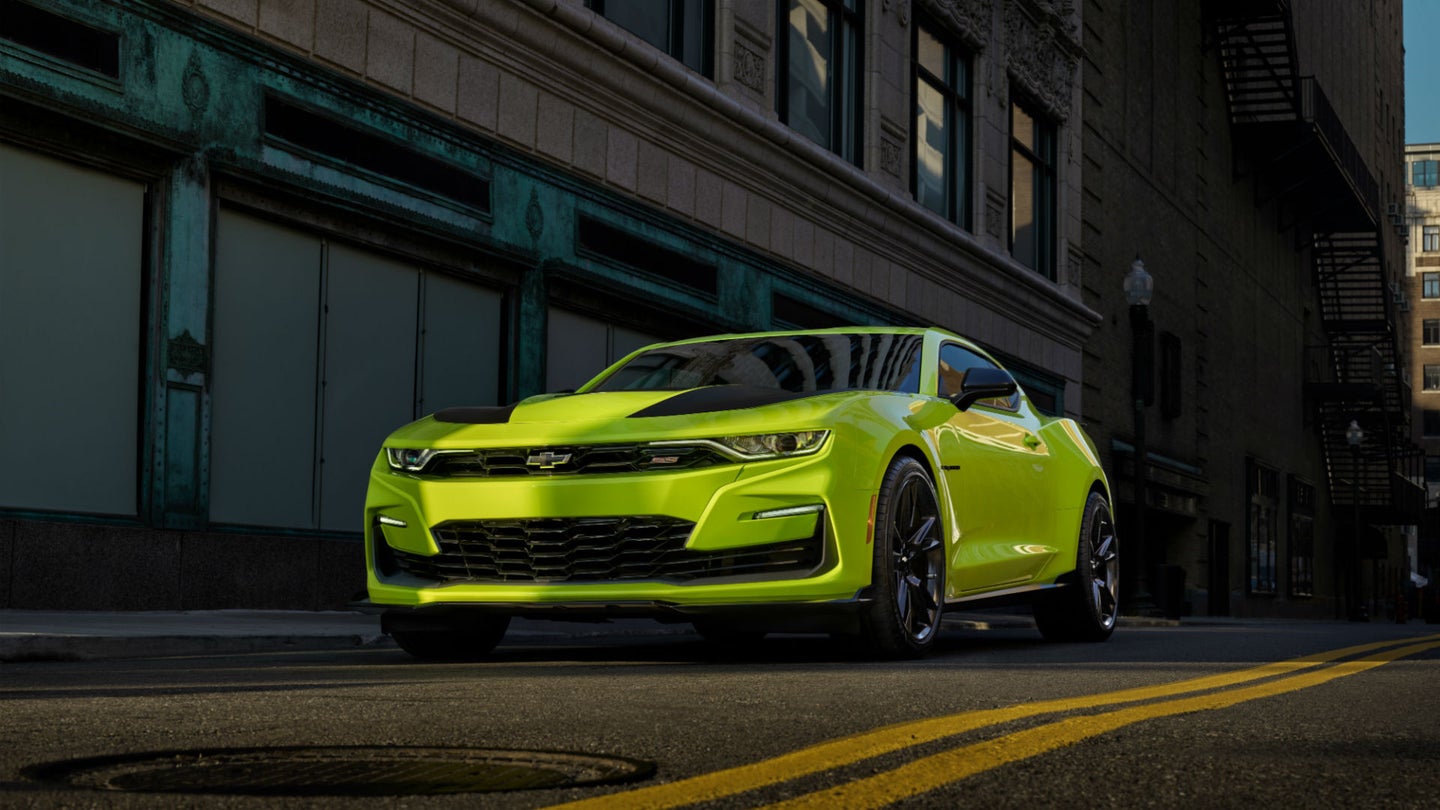 At this year's SEMA Show in Las Vegas, Nevada, Chevrolet will debut a new shade of neon paint called Shock Yellow on the newly refreshed 2019 Camaro SS coupe. Chevy says that the new color will be available on the Camaro in early 2019 along with Crush, Riverside Blue Metallic, Shadow Gray Metallic, and Satin Steel Gray Metallic.

According to Chevrolet, all the performance parts and accessories on display at the booth were designed by the same designers and engineers who worked on the updated Camaro. This means that when consumers purchase these accessories and performance parts from an authorized Chevrolet dealer, they will not be voiding the Camaro's factory warranty.

As of now, Chevrolet has not announced the pricing on the new performance parts and accessories for the 2019 Camaro SS. However, potential buyers can check out the Shock Yellow Camaro and its accessories at Chevy's display booth at SEMA, which runs from Oct. 30 to Nov. 2 at the Las Vegas Convention Center.