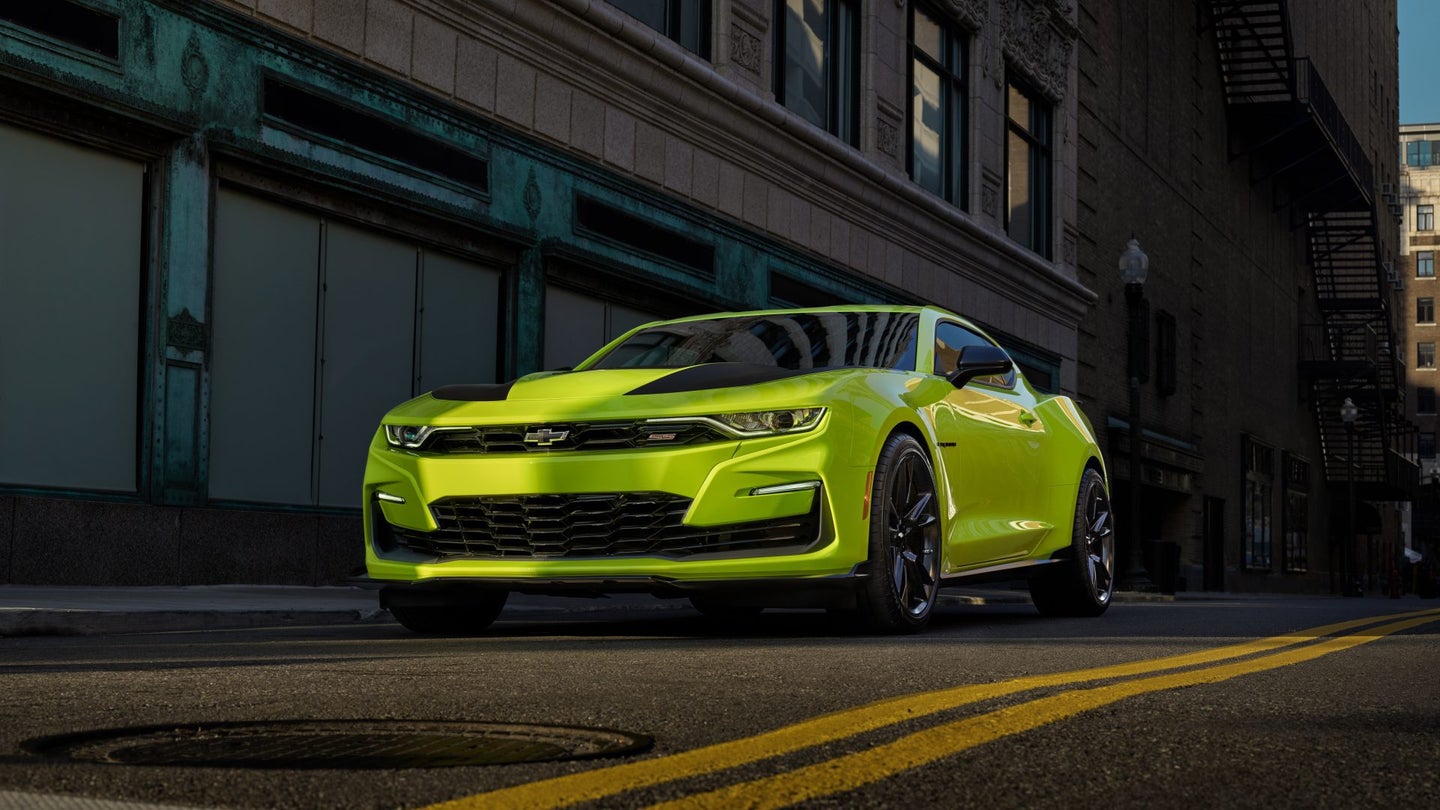 Chevy's pony car may be getting two electric boost options in the coming years. Posted to the Camaro6 forums is a screenshot of a Chevrolet customer survey in which current Camaro owners were asked what kind of powertrain they would opt for in a future "sport coupe" purchase.

Among the options were two hybrids:

The two hybrid powertrains were specified to cost $4,000 and $8,000 more than base, respectively.

The survey also offered the choice of two non-hybrid options:

Those two engines would cost $0 and $4,000 more than base, respectively. Unsurprisingly, the hybrids boast significantly greater power and fuel economy than their unelectrified counterparts.

While the unassisted V8 listed is pretty transparently the LT1 that's found under the hood of the current Camaro SS, Chevy's coupe currently doesn't come with a 2.7-liter. Instead, a 275-horsepower, 2.0-liter turbo-four is on the existing menu.

Ford has previous said that it would offer a hybrid Mustang by 2020 with a mysterious concept that appears to depict such a car showing up in a Ford ad just last week. Dodge, meanwhile, has yet to hint at an electrified Challenger.