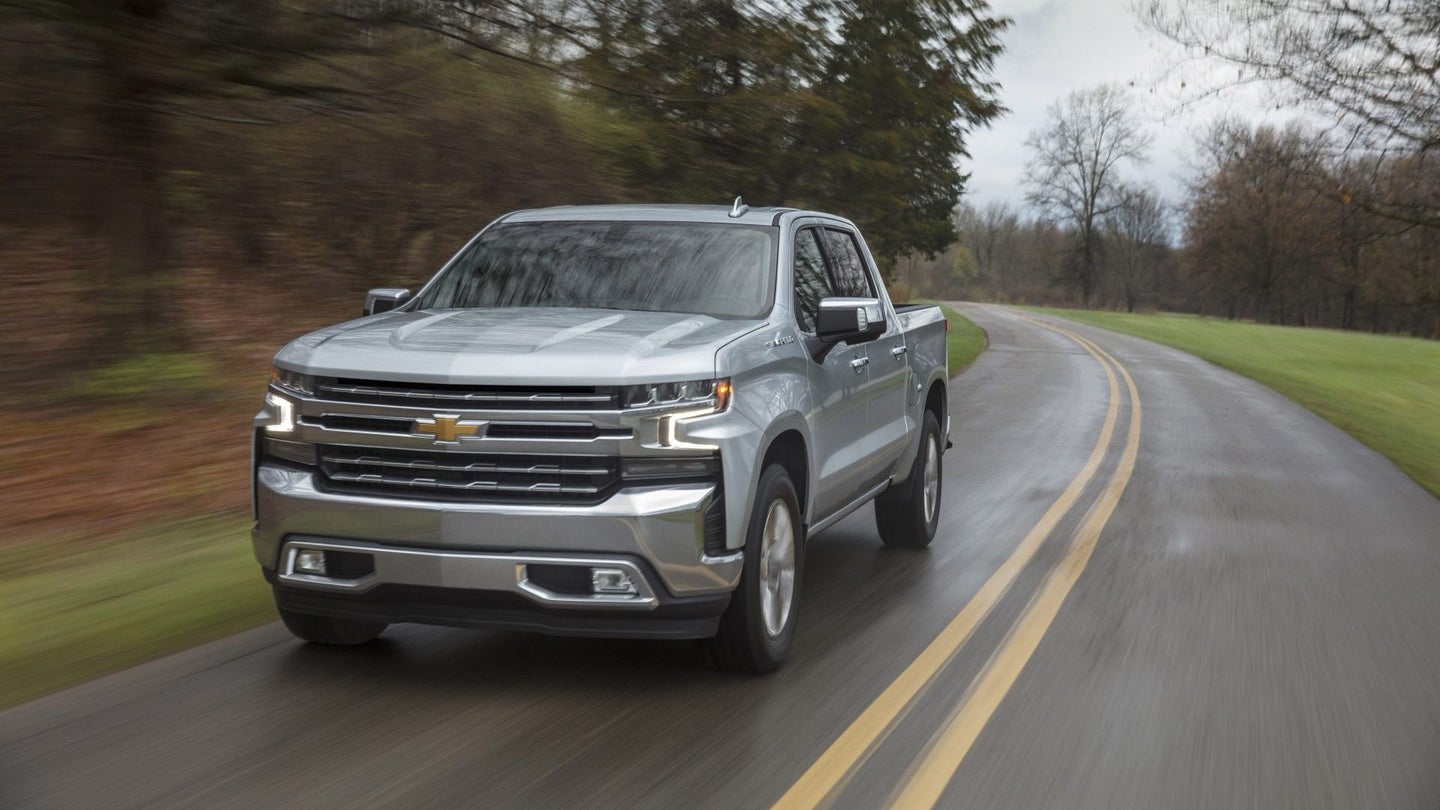 When automakers come out with redesigned, re-engineered vehicles, the new stuff is usually faster, stronger, nicer, and more efficient than last year's model. General Motors appears to be bucking that trend with a number of its new pickup trucks, at least in the fuel efficiency department.

According to a report from Automotive News, 2019 versions of the Chevrolet Silverado and GMC Sierra equipped with the 4.3-liter V6 and 5.3-liter V8 engines will return fewer miles per gallon than their respective predecessors.

The supposed fuel-saving, 2.7-liter four-cylinder versions aren't exactly champions of the mpg game either, getting a mediocre 21 miles per gallon. GM's response? Don't look at the rating, look at real-world results.

When probed over the efficiency downgrade, a Chevrolet spokesperson told Automotive News that the diminished fuel economy can be attributed to—in an unsurprisingly positive PR-ready spin—upgrades everywhere else resulting in more aerodynamic drag. "We increased towing capacity, payload, and it's a much larger bed and a much larger cab," said the Chevy rep.

Even though overall aerodynamic efficiency on the new trucks apparently increased by 7 percent and curb weight was cut by up to 450 pounds, Chevy says those gains were offset by a larger frontal area. So, not only has the new Silverado's broad grille been, erm, divisive aesthetically but it apparently causes worse fuel efficiency too.

The Drive has reached out to Chevy for further comment and will update this story when we hear back.