Powertrain updates for the 2019 Silverado increase efficiency across the board, but not to the detriment of horsepower or torque. 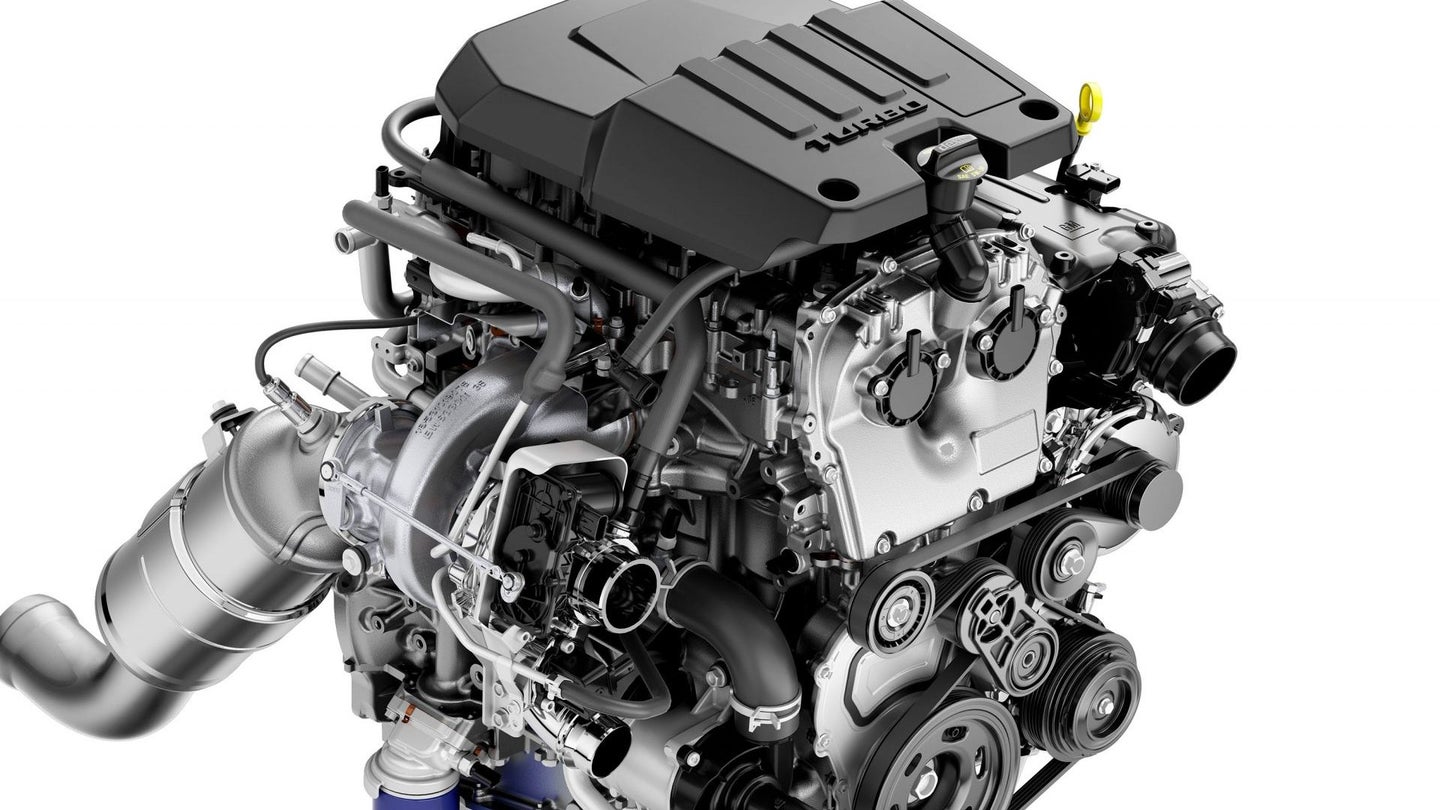 Chevrolet truck customers can expect modernized V8s and refined economy options in the form of a brand-new four-pot base engine, as announced by General Motors in a press release Friday.

In the 2019 Silverado, that will be replaced with a 2.7-liter turbocharged inline-four, which beats the outgoing V6's power output by 25 horsepower and 43 pound-feet of torque. New Silverados powered by the 2.7 will slash 380 pounds of curb weight from their V6 predecessors, permitting a zero-to-60 sprint in under seven seconds.

Both block and head (with integral exhaust manifold) are aluminum, while pistons are an aluminum alloy, and forged steel forms the crankshaft and connecting rods.

The 2.7 was designed as a truck engine from the start, but boasts the latest performance technologies, including variable-valve lift and continually variable-valve timing. Stop-start saves gas in traffic, and Chevrolet's first deployment of cylinder deactivation on a four-cylinder engine does the same on the move.

Silverado buyers in need of V8 power will find the 5.3- and 6.2-liter options more economical than in 2018 models, courtesy of variable cylinder deactivation, which is referred to by GM as Dynamic Fuel Management.

According to testing, 2018 models with cylinder deactivation spend 51 percent of their operating time with deactivated cylinders, while 2019 models increase that time to 60 percent, with 17 different firing mappings dependent on load. Peak power and torque in both V8 variants remains unchanged.

"The increased variability of Dynamic Fuel Management means the engine will operate more often with a reduced number of cylinders, which saves fuel across the board," stated chief small block engineer, Jordan Lee, in a Chevrolet press release. "Better yet, the transitions are transparent, and because the system is torque-based, you’ve always got that satisfying feeling of power on demand that comes from Chevy’s Gen V Small Block V8 engines."