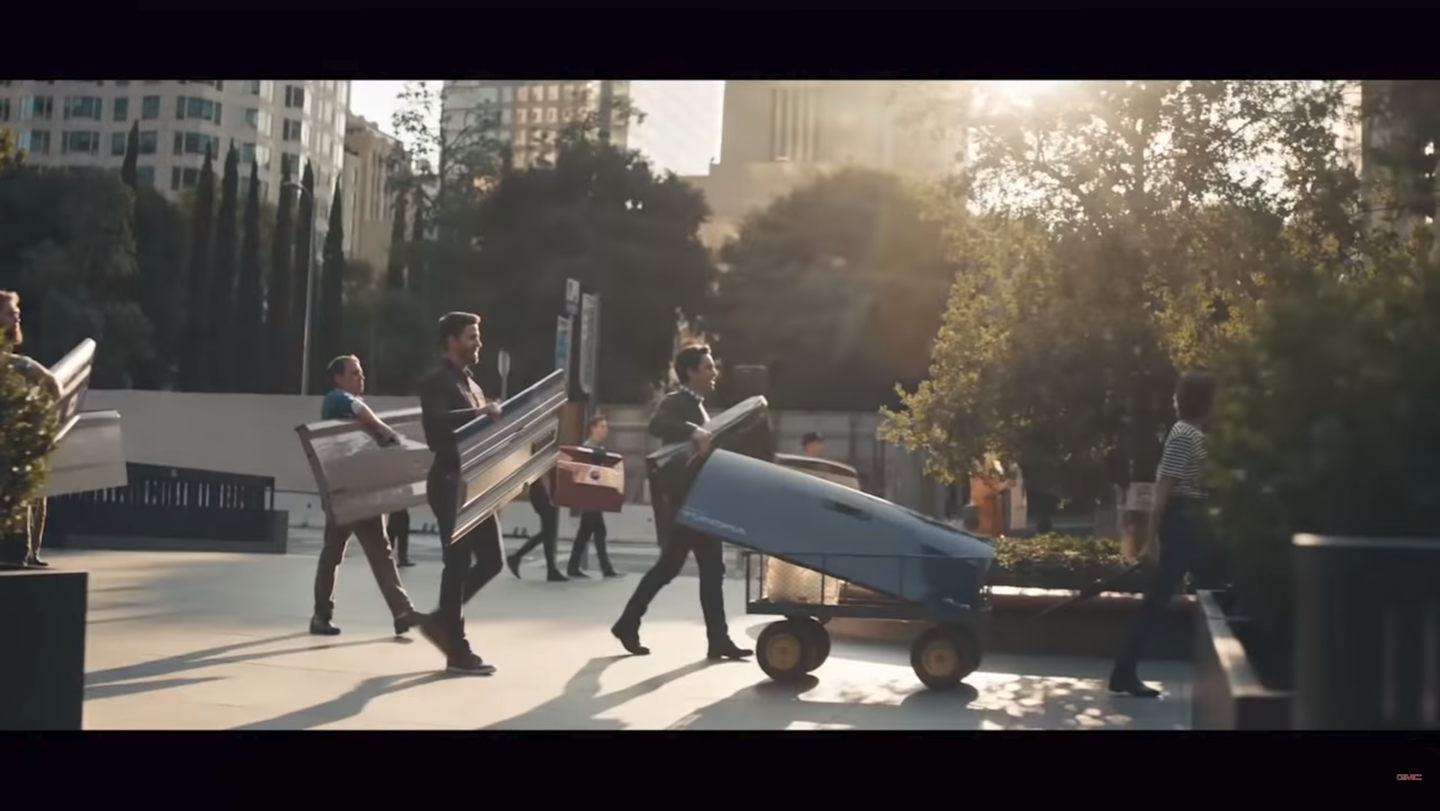 Forget for a minute that the Chevrolet Silverado isn’t available with the trick new six-way MultiPro tailgate. Now, remember that you can get that feature on the new GMC Sierra and watch this weird ad with a legion of people marching while carrying their non-GM tailgates and singing Na Na Hey Hey Kiss Him Goodbye.

Alrighty, then. Apparently, if your truck doesn’t have the MultiPro tailgate, you might as well just bust off your normal one with just one hinge and march to the hill where a rugged man is smugly standing in the bed of his 2019 GMC Sierra Denali with his hands on his hips giving an affirmative nod. Sacrifice your inferior tailgate to him and go spend $60K on a new Sierra Denali to replace your useless truck with its one-way tailgate.

Incidentally, nobody in this ad is carrying a Chevrolet tailgate despite the new Silverado not having the MultiPro unit available. We also need to mention that it’s possible to get a new GMC Sierra with a normal tailgate that just folds down normally and doesn’t do any tricks.

Obviously, GMC is trying to shine a light on Ford, Ram, and Toyota for not offering a tailgate as innovative and complicated as the industry-exclusive MultiPro tailgate. Yes, it’s a pretty cool and potentially useful gimmick, but this ad sure is a weird way of showing it off. We’d rather see it in action and how we’d actually be able to use the MultiPro tailgate in real life rather than seeing a rather weird march of truck owners carrying their tailgates.

Does this ad make you want a new Sierra more or does it just make you want to remove the tailgate from your truck and sing about it?

Only a little bit of the new Sierra Denali is made from the advanced composite, but it’s a direction we’d love to see pickup trucks go.