The Smokey and the Bandit fetish must stop. This one wasn’t even used in the movie... 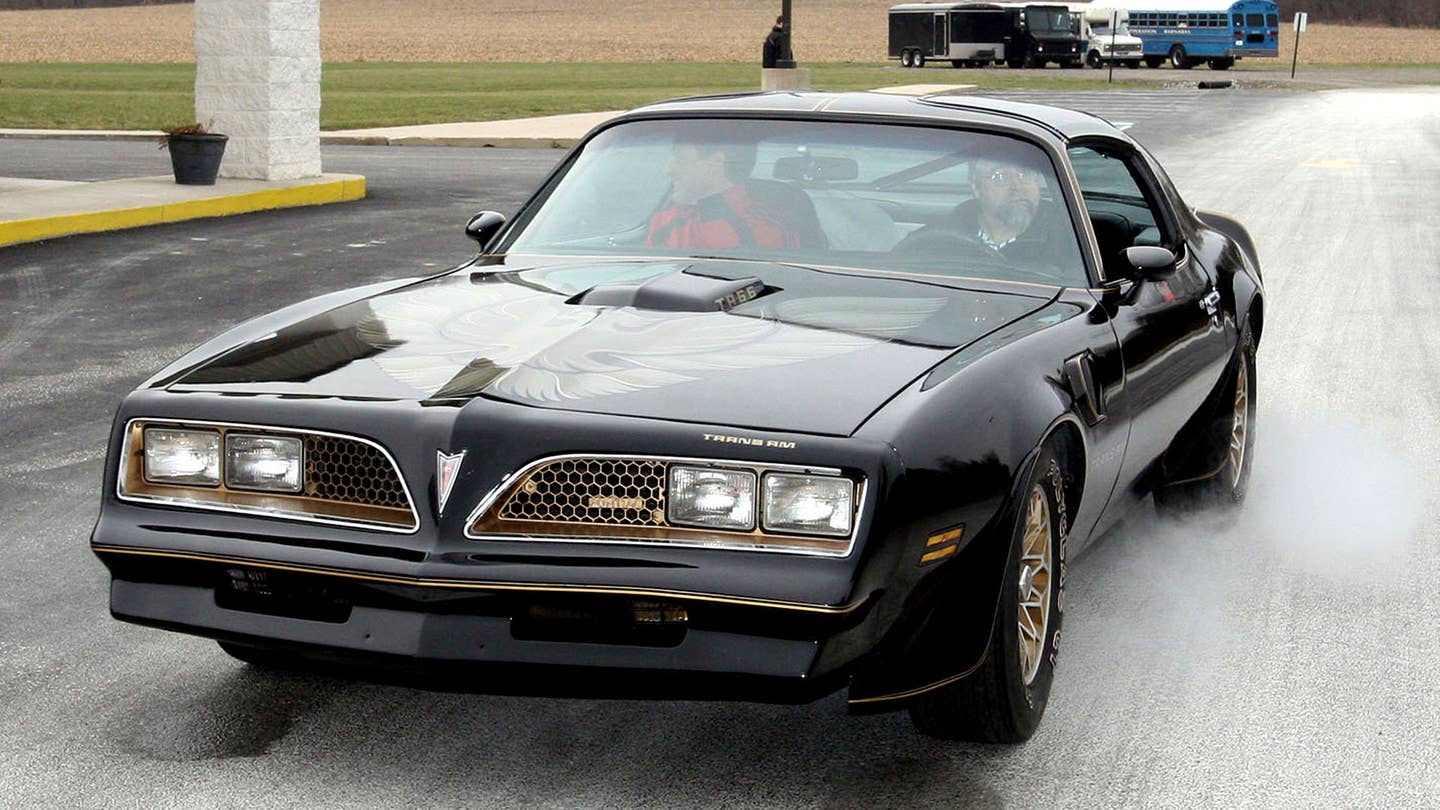 Last spring, a dude in Connecticut named Marc Cifarelli advertised an old Pontiac Trans Am. It had the 400cid V8, and a little plaque above the steering column that read: “This 1977 Trans Am built for Universal Studios’ ‘Smokey and the Bandit’.” As the car was a complete heap of crap (it had been sitting for over a quarter-century; Cifarelli said he couldn’t even get the doors open), he stuck it on eBay with a $200 starting bid and a $3,000 reserve. There were...no bids. He advertised it locally at $3,300 and then, according to CNN, he decided to have it restored.

When it turned up consigned to Barrett-Jackson this winter, it’d been restored by the McLaughlin Trans Am “Museum.” It was also attached to a stack of documentation and memorabilia, stating it was both a Y81 “Bandit Edition” Trans Am, and originally owned by Universal Studios as a promo car. None of this means it had anything to do with Burt Reynolds. It was not used in Smokey and the Bandit. It was transported around and displayed, and when Banditmania™ faded, left to rot.

Bandit Edition Trans Ams are collectible. They come with the top engine option, the three-legged dog 200-horsepower 400 that might get under 17 seconds in the quarter-mile. Really top quality examples are better than $40,000. But when you haul out Burt, stick him in the car when it crosses the auction stage and make him sing Eastbound and Down, witchcraft happens, apparently. It’s probably the eyes. You could just drown.

For buyer John Staluppi (owner of a private car museum and a James Bond-themed series of superyachts), the purchase is a drop in the bilge of his last yacht, Skyfall II, which was listed for $16.85 million when he sold it a couple of years ago. For the rest of us, $550,000 is a 13-second, four-speed Trans Am Super Duty, and 16 more perfectly good non-promo car 1977 TAs with a screaming chicken on the hood. Or, you know, almost any other car in the world.