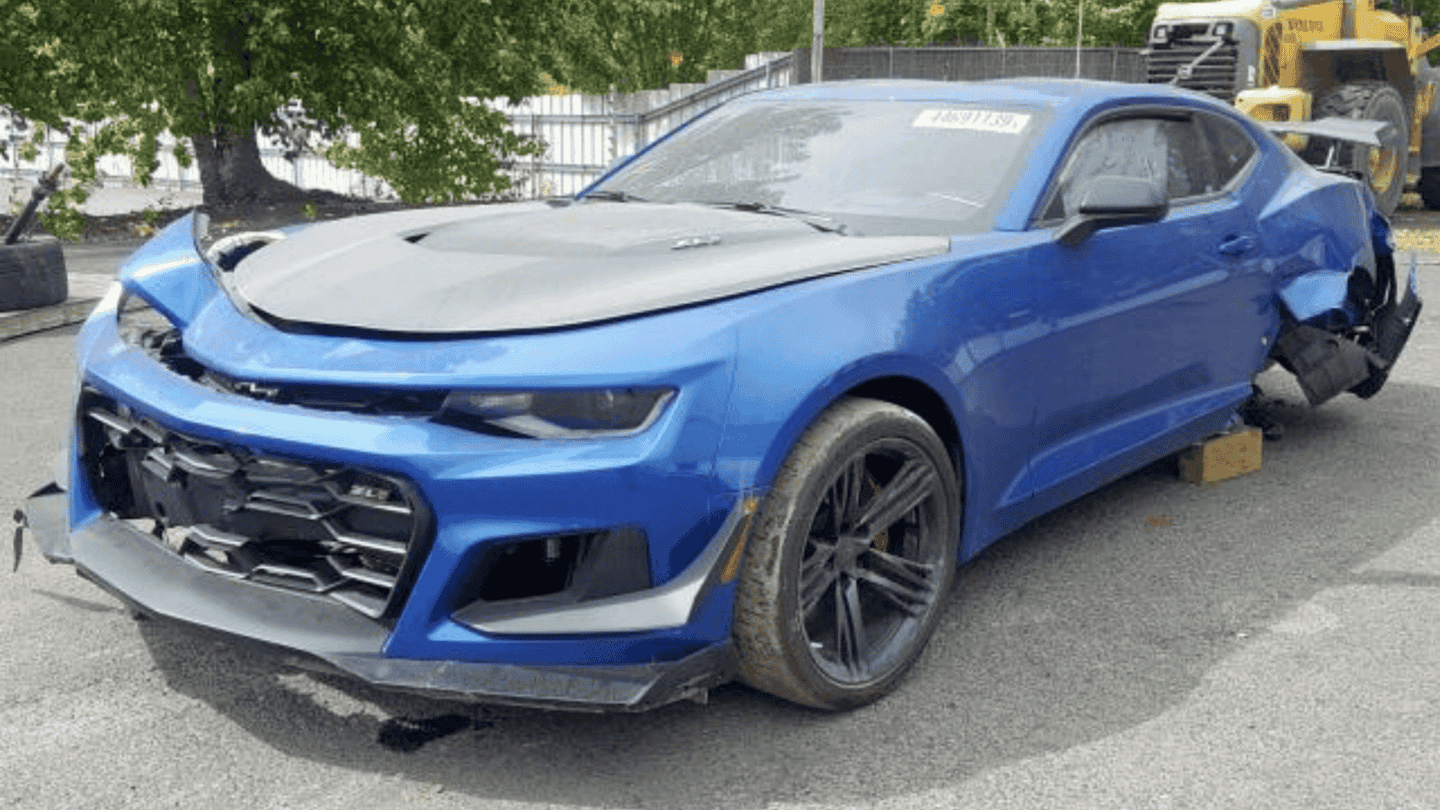 Although high-speed machines like the Chevy Camaro ZL1 are available to anyone who can afford 'em, that doesn't mean your average Joe is capable of driving them on the edge like they might think. Instead, performance cars end up in junkyards all too often, written off by insurance companies after being laid to waste. That seems to be the case with this 48-mile ZL1 1LE that's currently waiting to be reclaimed by nature at a Portland-area Copart lot.

It's clear to see that this supercharged track car's glory days are over, likely before it was ever given the chance to truly stretch its legs. Although no backstory is provided, we can only assume that the Chevy was hurled into one obstacle or another that caused major front- and rear-end damage, even deploying its passenger-side curtain airbags. Given the destruction to the rear-left and front-right, it's safe to guess that it was spun at higher-than-legal speeds before taking its final ride on a wrecker.

Of course, it's not hard for someone to get into trouble when they've got a 650-horsepower V8 at the disposal of their right foot. This ZL1 also features a manual six-speed gearbox, which is admittedly not the most novice-friendly when dealing with such mountainous power. That said, even experienced drivers can fall prey to the raw acceleration these muscle cars dish out, and that could equally as well have been the case in this situation.

The Hyper Blue Metallic Chevy can be seen in shambles with its wheels missing and the remaining rollers busted. Other bits of the suspension are also removed from the car, and since this is a ZL1 1LE model, that means the pictured shocks are top-tier Multimatic DSSV units. Pour one out for those hours and hours of precision engineering that are now for naught.

The online listing doesn't mention if the car still runs or not, although it'd likely be a huge headache to remove the LT4 engine to start with.

Estimated retail value when new was $84,377 and now, a minimum bid of $27,500 needs to be placed before anyone can take the Camaro home. Whether or not anyone will find that much worth in such a sorry example as this is unclear, but either way, it's sad to see such a well-respected creation put to rest so early in life.

The winning bidder will get to meet Harris at a race track for some hot laps in the track-ready Camaro.