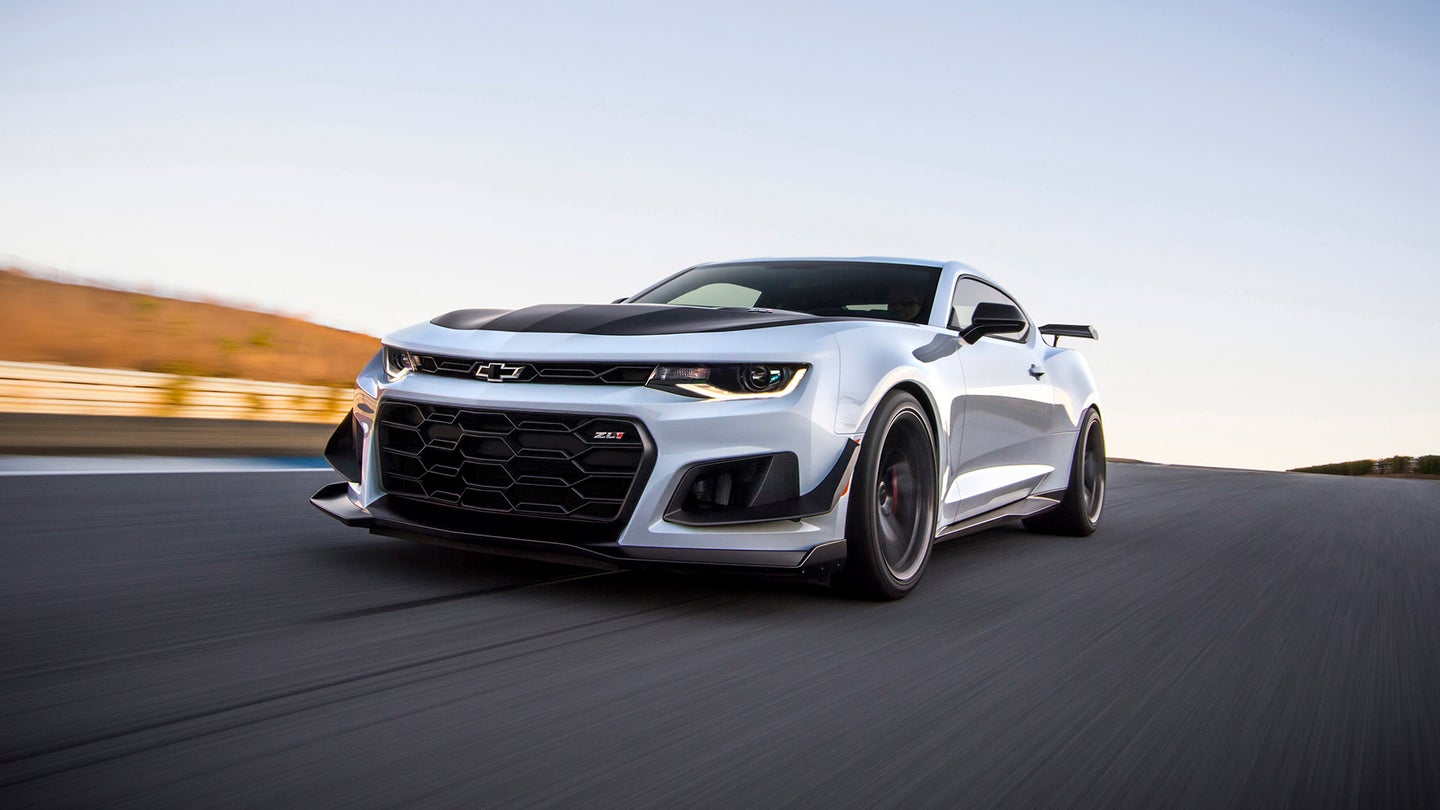 The Chevrolet Camaro ZL1 1LE is a track-focused monster with all the tech wizardry you'd expect from something designed to throw down crazy quick times at any circuit you take it to. Despite all the new-age equipment, an old-school manual transmission has, up to this point, been the only gearbox offered. Well, that time has passed because starting soon you'll be able to get the 1LE with a 10-speed automatic.

While it's not necessarily the enthusiast choice of transmission, it really does make sense to offer the automatic. Chevrolet, like every other car company, is in the business of making money and adding an automatic opens the door for people to buy the car that wouldn't have given it a second look in the past. It's also, you know, faster.

“This transmission is optimized for speed,” said Camaro Chief Engineer Mark Dickens. “With unique Track Mode calibrations and 10 gears, you are always in the perfect gear when rolling on or off the throttle. You may not be a professional race car driver, but now you can shift like one.”

It's not just a swap of a gearbox, though. The car had to be recalibrated for the new transmission, including adjusting the Multimatic DSSV spool valve dampers to adapt to the faster shifts in weight transfer. An extra cooler is added along with a new transmission oil pan.

Chevrolet says around the test track at its Milford Proving Grounds, the automatic is half a second quicker, and on a track like the Nürburgring, it'll be several seconds quicker—though a specific time hasn't been mentioned.

If you're interested in adding the automatic to your 1LE, expect to shell out an additional $1,595 when it goes on sale in late February. The 1LE package by itself is a $7,500 optional extra over the standard 650-horsepower ZL1 Camaro.