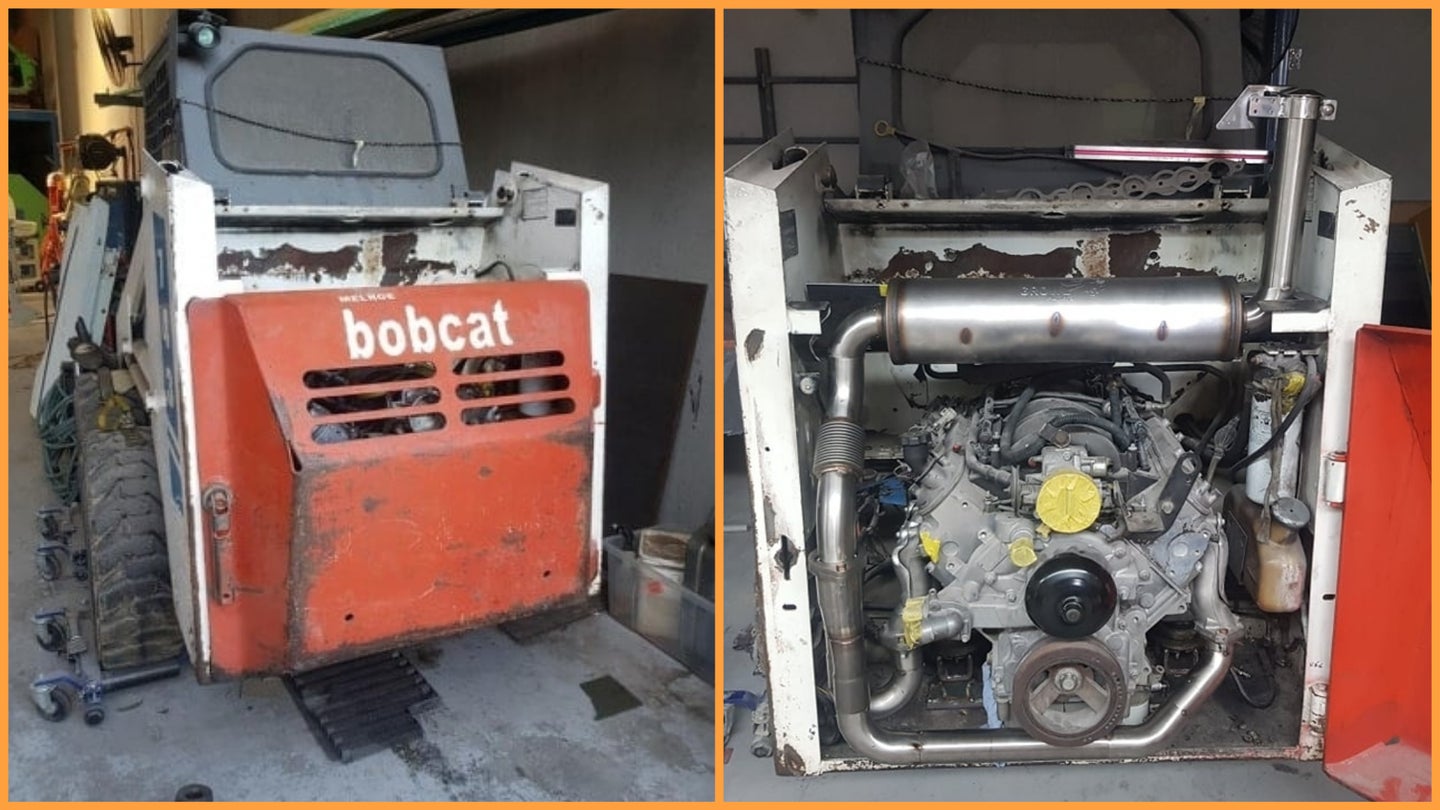 LS engines have been jammed into everything from old Volvo wagons to Mazda Miatas, but keep in mind—those are actual cars. This appears to the first time someone has used the popular GM-built V8 platform to power a piece of heavy machinery, and the Bobcat's wheelie-inspiring short wheelbase only makes it better.

Pinnacle Road and Race Works says that it’s still early in development, but that the resulting “vehicle” will be a fully functioning piece of equipment. It’s unclear how far away from the finish line they are with the project, but it appears that the engine has at least made its way into the Bobcat’s rear hatch.

In a post from late last year, Pinnacle teased the project with a photo of the engine, saying only that it needed a new home. The Bobcat swap is quite a departure from the company’s other work, which is focused mainly on custom performance upgrades for cars like the BMW M4.

We have a good time laughing at redneck engineering here in the States, but let's not forget that Australia is an entire continent full of people doing things like this every day. This is the same place that brings us burnout competitions, utes, and the Lightburn Zeta, a car made by a company that was once famous for building cement mixers and washing machines.

For once, the Facebook comment section appears to be unanimously in agreement that this is the coolest thing they’ve ever seen, which could be an indication that all the world needs is a little less talk and a lot more LS.