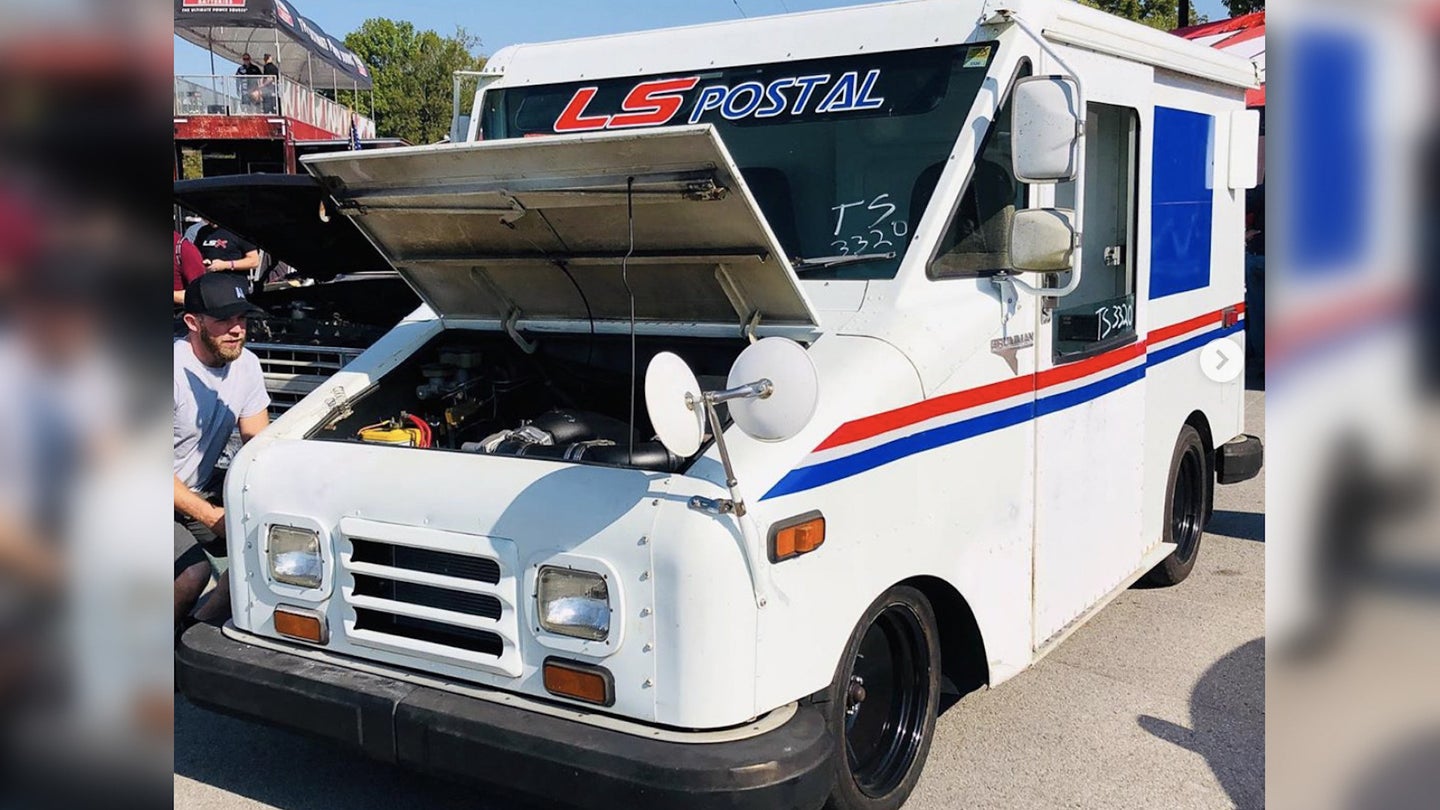 Kentucky's annual LS Fest is full of fast cars and trucks powered by the extremely tuneable family of engines from Chevrolet, but none are quite as unique as this rig. Someone showed up at this year's event in a Grumman LLV mail truck that has one of the legendary V8s swapped under the hood.

To be fair, although this is a super creative build, it’s not exactly a new idea. The Grumman LLV mail carriers run on a chassis borrowed from Chevy’s S-10 pickup truck, which people have been modifying with LS engines since the beginning of time. There are posts on S-10 forums from a few years ago where people discuss the challenges associated with the build, and most agreed that it wouldn’t be all that hard aside from some fabrication to accommodate the larger engine.

The swap certainly gives the little buggy a big jump in power though, as the original four-cylinder engine generated just 90 horsepower. A run from zero to 60 miles per hour takes a standard mail truck almost 20 seconds, compared with LS-powered Corvettes that make the run in much less than five seconds.

Of course, jamming three to five times the power into what is essentially a glorified golf cart can have disastrous results if other parts of the vehicle aren’t updated to match. We don’t have all the details of the build, but we can at least see that the wheels are wider and larger than the standard skinny rollers. Though appearances can be deceiving, the rest of the truck looks to be pretty close to a standard mail carrier. One thing is certain: Two-day delivery shouldn't be a problem in this beast.

Purists can rest easy knowing this creation is surely the only one of its kind.