Retired United States Postal Service trucks aren’t far off from flooding the market. Tell us what you’d do with one. 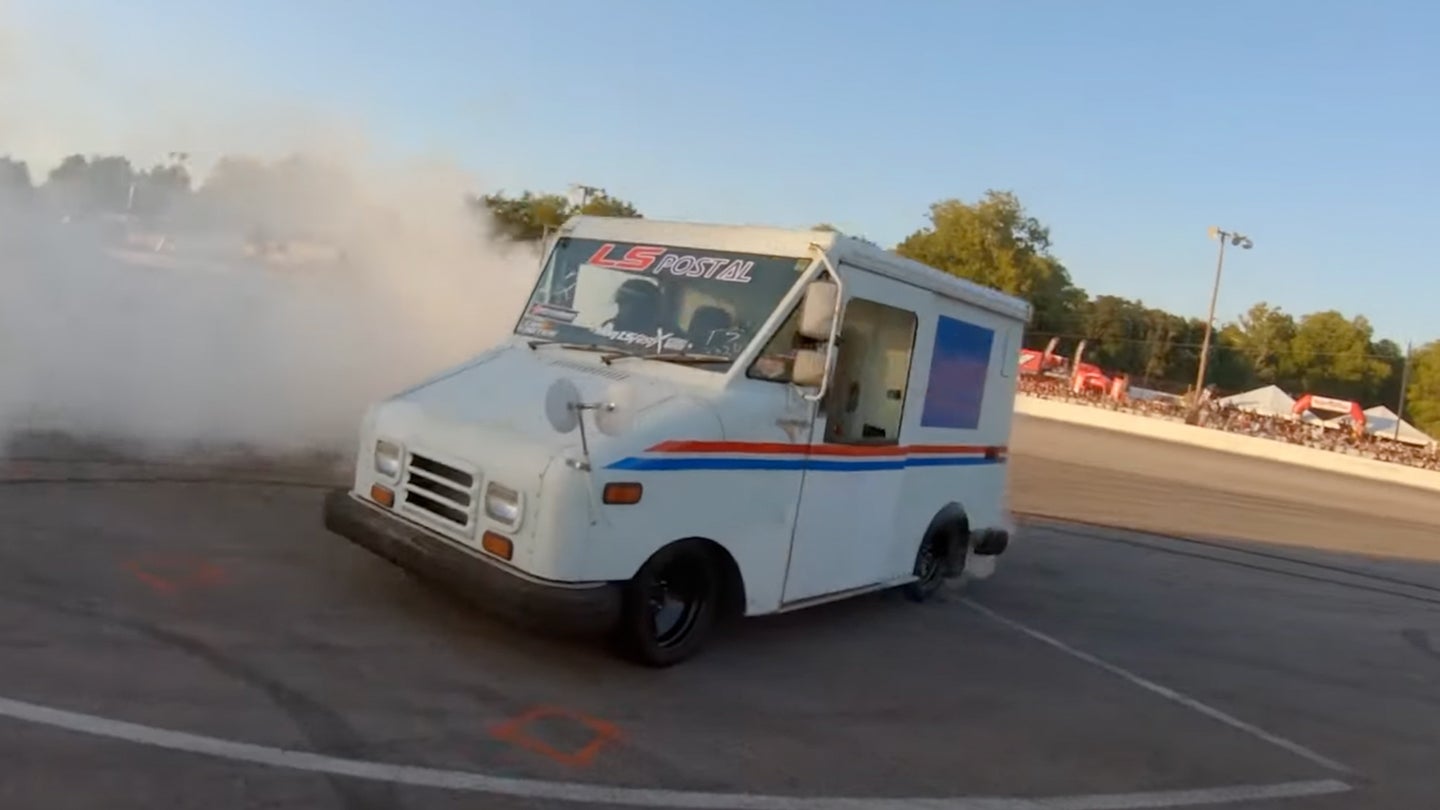 After much hemming, hawing, and more than a few fires, the United States Postal Service is finally getting a new fleet of mail trucks. They're beautiful (to the eye of this beholder), slightly Pixar-looking machines, which in 2023 will become a common sight in neighborhoods across our nation—and maybe nostalgic icons for generations to come. Their arrival, of course, has a major implication: Government surplus auctions are about to be flooded with Grumman LLVs, the USPS's outgoing mail trucks. With this in our not-so-distant future, let's turn our eyes to the future of these venerable vehicles in private hands, and answer the following:

How would you customize your surplus USPS mail truck?

I'll admit, this is something I've already thought a lot about, having daydreamed of racing one at Pikes Peak. My blank-check fantasy is an Unlimited-class truck with a carbon fiber body, ground effect aero, independent suspension, slick tires, and under the hood, GM's LS V8—practically a bolt-in, as the LLV is closely related to the Chevy S-10. And not just any LS, but one with a flat-plane crankshaft and independent throttle bodies, all in the name of making a noise to shake the heavens.

Problem is, of course, I don't see myself having the budget for any of that but the LS swap. Even my interest in that is contingent on there being a commercially available flat-plane crank, which I have struggled to find during sessions of window shopping. If I can't have my Michigan-made Fauxrrari howl, then I'd forego a V8 entirely in favor of Buick's stout, supercharged 3.8-liter V6. It makes a noise almost as awful as Kid Rock, but it redeems itself by making mounds of power, and with reliability that'll see it outlast my grandchildren.

This Is the United States Postal Service’s New Delivery Vehicle

After a six-year search, the USPS announced it will purchase up to 165,000 new vehicles from Oshkosh Defense to replace aging vehicles in its fleet.