What Is Your Mom's Dream Car? 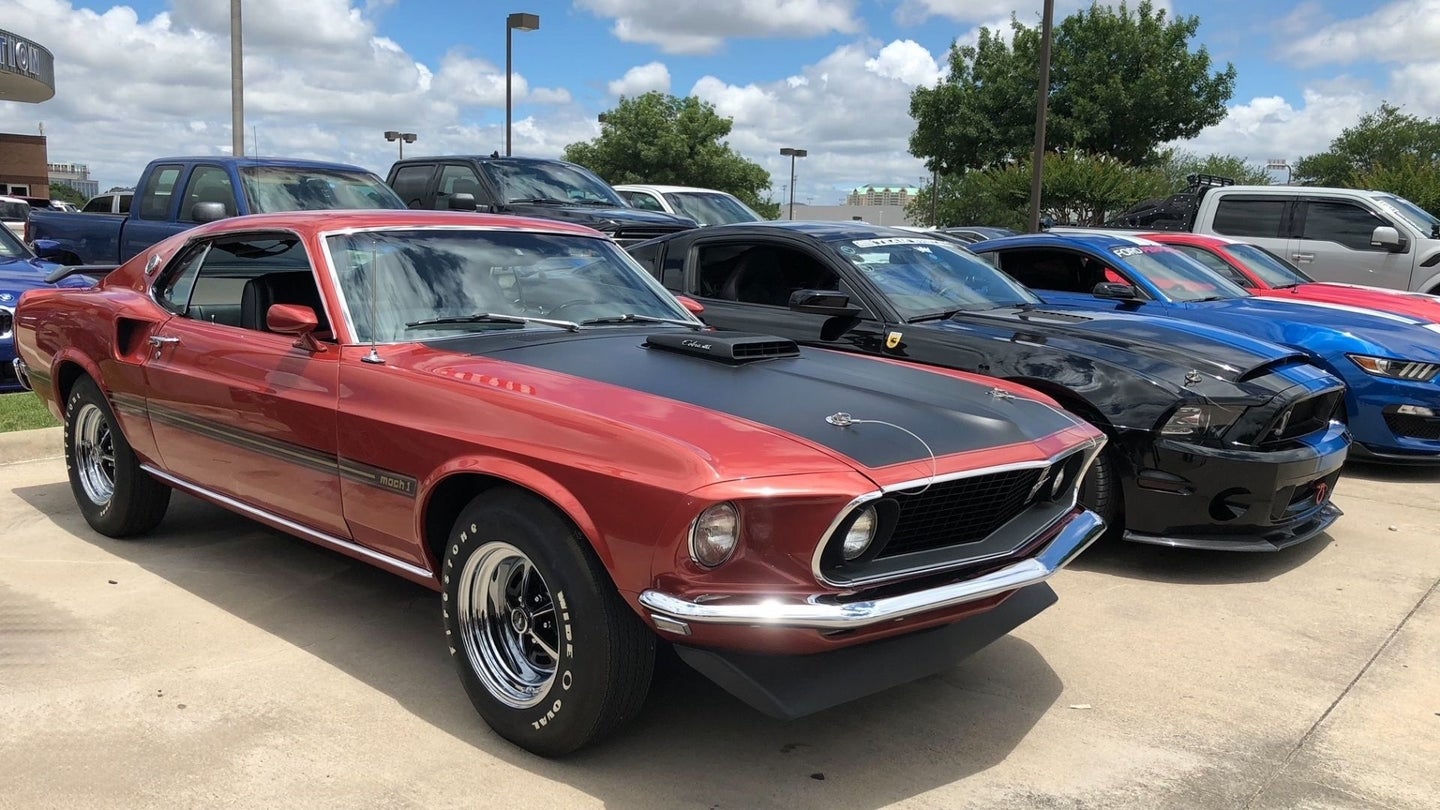 For the longest time, my mom’s dream car was a Jaguar. Not any model in particular; she just wanted a Jaguar. Her first car was a black 1959 Rambler with a red interior that her parents bought used, the signature spare tire sitting on the back bumper. She has the same fond memories of her Rambler as I do of my Spanish Gold Metallic 1977 Dodge Aspen land yacht, except that hers was far more attractive.

A Jaguar or a Mini Cooper appealed to her most for many years, and she has also always loved the 1950s and 60s Corvette body styles. When my parents were first married, they had a 1966 Corvette in Milano Maroon and they had a few good years in it before I was born, sometimes carting my older cousin Patricia around in the tiny space between them.

Mom and Dad are big General Motors fans and have had a GM credit card that gives them credit toward a vehicle for many years now. As a result, they’ve had a steady stream of Oldsmobiles, Buicks, and Chevys for as long as I can remember. Even now, they have three GM cars: a 2009 Chevy HHR SS, a 2019 Buick Envision, and a 2014 Buick LaCrosse. The only non-American brand they have ever owned was a 1988 Honda Accord with a manual that my sister took to college and kept for quite a while.

When Mom came to visit me in Texas in June of 2019, I had a Cadillac CTS-V as a press loaner. The Cadillac is a beast and she loved not only the 640-horsepower 6.2-liter V8 but she giggled every time the automatic seat belt “hugged” her.

Since my husband and son were fishing in Colorado and my dad was home working, I took Mom on a three-hour drive up to Dallas to attend a Shelby American event. We had the option to pilot a new Super Snake for a quick jaunt up the feeder road and back around to the Ford dealership, or we could take a joyride with Shelby American president Gary Patterson. I figured riding shotgun would be the best way to really see what the Snake could do since Patterson is a longtime test and development driver for the company.

My instincts were good. Patterson told us to hold on and zoomed out of the parking lot like a rocket, swerving back and forth on the road to demonstrate the Super Snake's nimble steering. My mom laughed in the back seat like a kid on a rollercoaster.

So now Mom is a Shelby fan. She didn’t forget about the Jaguar, and she still has a soft spot in her heart for Corvettes: my dad’s dream car is a brand-new C8. I got to drive the 2021 Mustang Shelby GT500 on the track a few weeks ago, and added it to my list, too: the supercharged V8 running 760 horses is unquestionably thrilling  When I saw Gary Patterson at the event, I told him that we're ready for another joyride, and he gave me a thumbs up. My mom is the same age as 75-year-old sometime-drag racer Carolyn Batteas, so maybe Mom will drive next time.

Happy Mother's Day, moms. May your dream cars find you.

Ask your mom (or the mother of your children) about her dream car and share it in the comments. Got tips? Send the writer a note: kristin.shaw@thedrive.com.