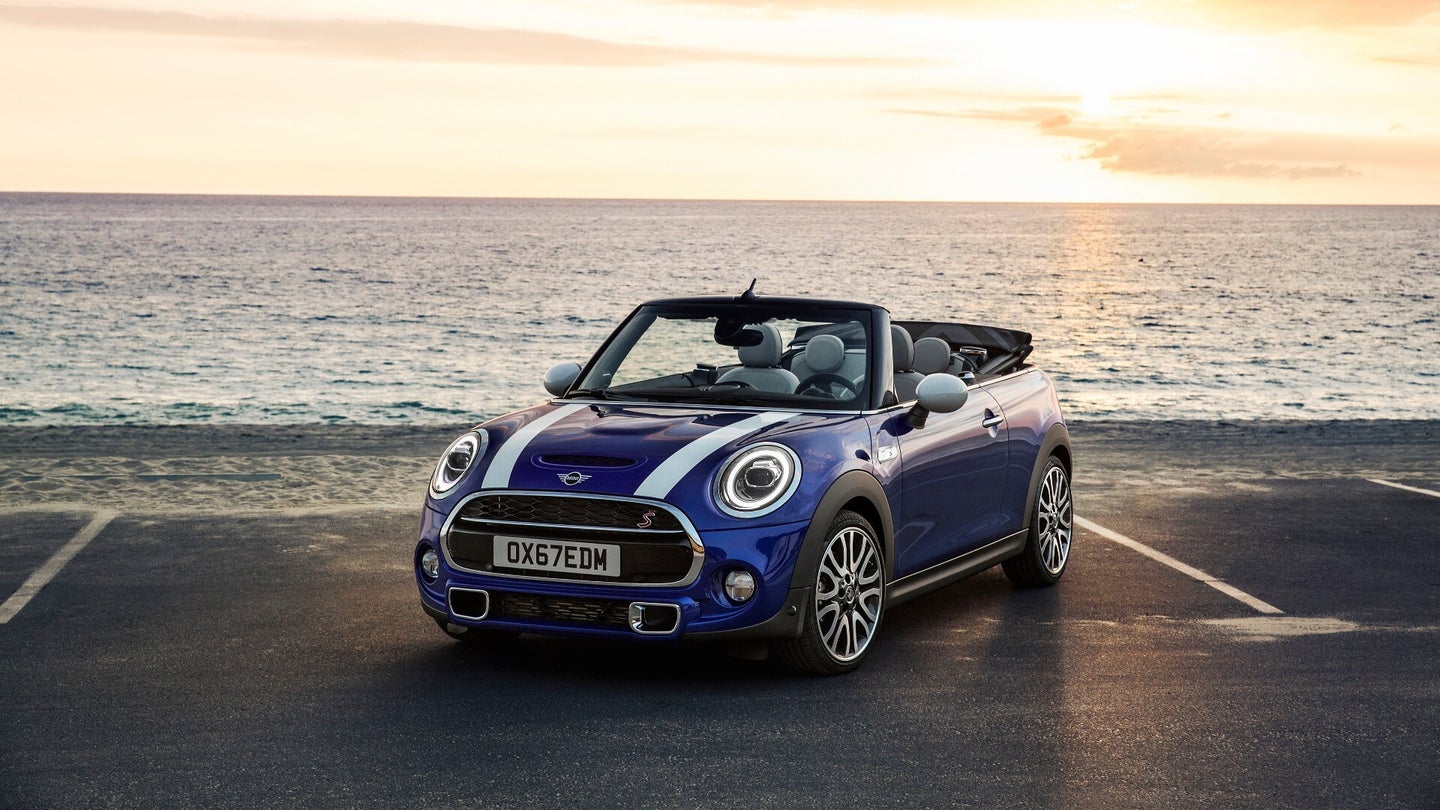 Sedans aren’t the only vehicles being affected by the SUV takeover. Small compact cars and convertibles are also hurting, and automakers have started sharpening the axe. As it appears, even the cutest cars aren’t safe as Automotive News reports that Mini is dropping the Cooper Convertible in 2024.

Mini sold just over 4,000 convertibles in the United States last year 25 percent decrease from 2018. With the current model’s production run ending in 2024, it’ll reportedly be discontinued after that, marking the end of the line for this stylish soft-top after a nearly two-decade tenure.

Given the news, we thought we’d take a look at what Mini is currently offering on the Cooper Convertible.

It starts around $27,000 and is offered in three trim levels: Cooper, Cooper S and John Cooper Works. The latter features a twin-turbo, 2.0-liter inline four-cylinder rated at 228 horsepower. That’s enough grunt to push the convertible from zero to 60 in 6.3 seconds and onwards to a top speed of 149 miles per hour. With options, this top-tier Mini jumps and lands way past the $40,000 mark.

Sadly, the John Cooper Works Convertible is only offered with an eight-speed automatic and even though it has paddle shifters, it’s just not the same. If you want a third pedal with your Mini, it’s gotta be a hardtop.

It’s still a little early to blow out the candles on the Mini convertible’s cake, but knowing we probably won’t see another iteration is a little disappointing. Nevertheless, if you have a fondness for these cars, you better start shopping around.