It's a new variation on a continuing theme, with the retro styling intact. 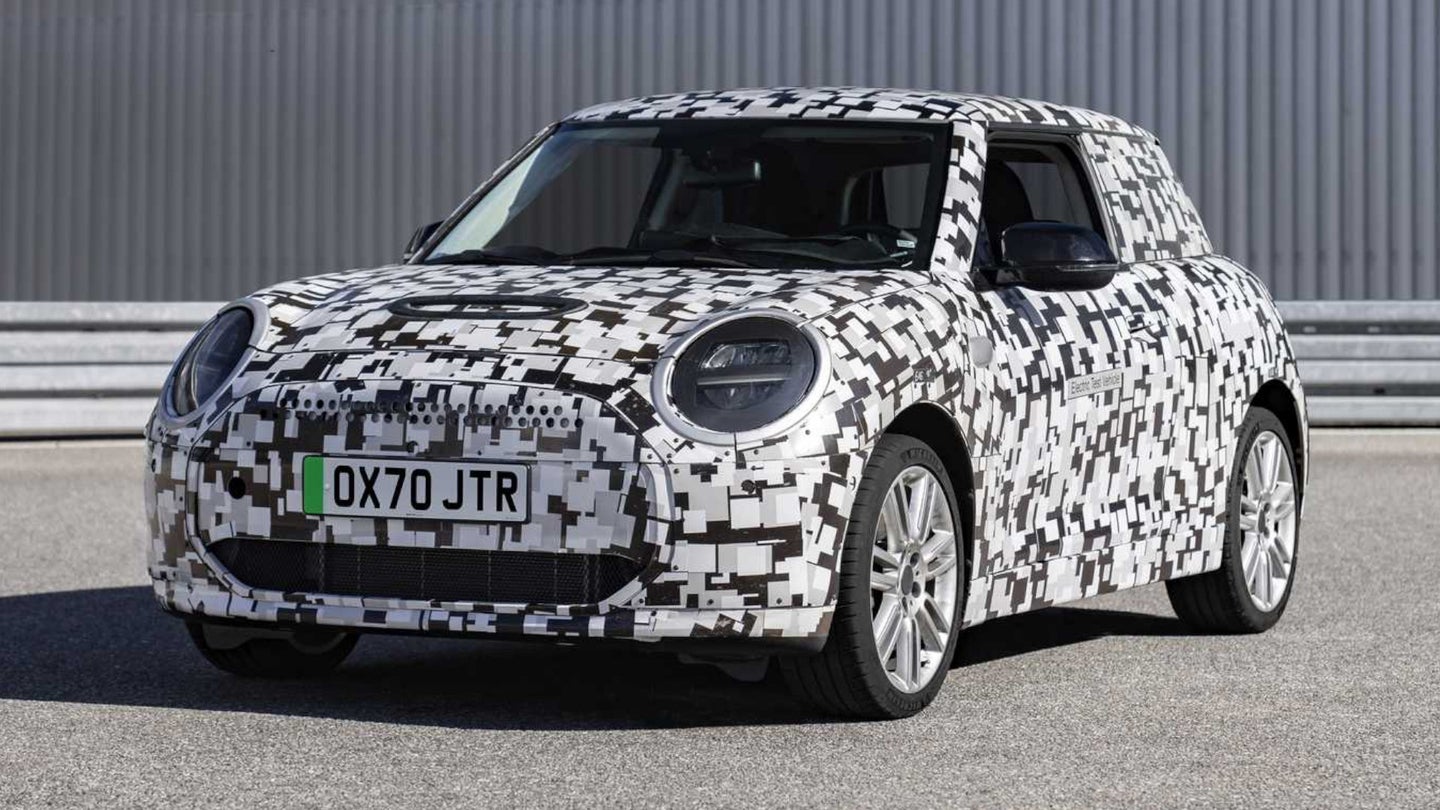 The Mini Cooper has come a long way from the humble original 1959 car. The No longer an impossibly tiny, lightweight car with dinnerplate-sized wheels, the 2001 relaunch by BWM turned it into more of a regular-sized hatchback with a throwback retro aesthetic. The BMW-owned brand has now announced the fourth-generation 2023 Mini Cooper, with the release of camouflaged shots of the new car, as reported by Car and Driver.

The dazzle wrap is intended to make picking out fine details difficult, which is a curious choice for images intentionally released to the public. Nevertheless, the release provides a good look at the general proportions and styling of the car. It's definitely an evolution, rather than a revolution, as you'd expect for a brand that gets by on its strong historic visual identity. 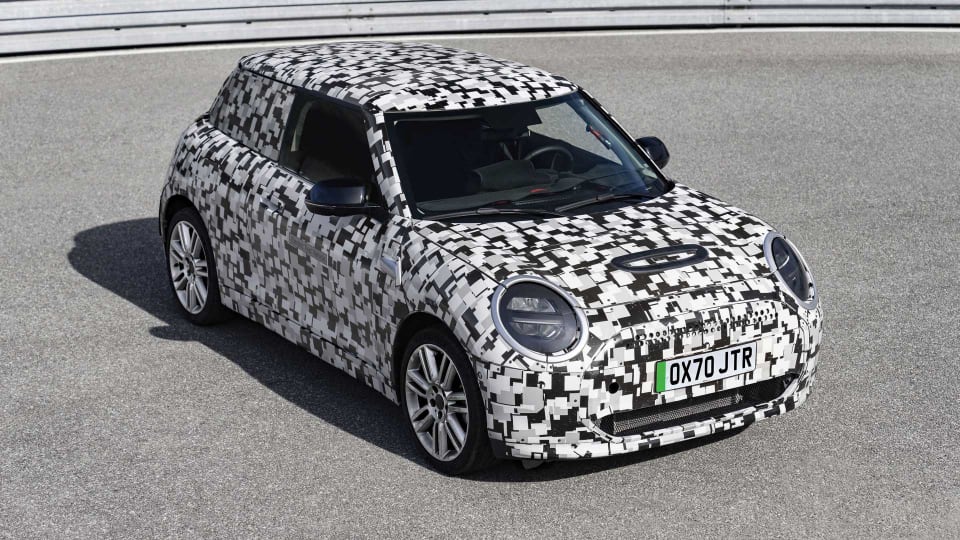 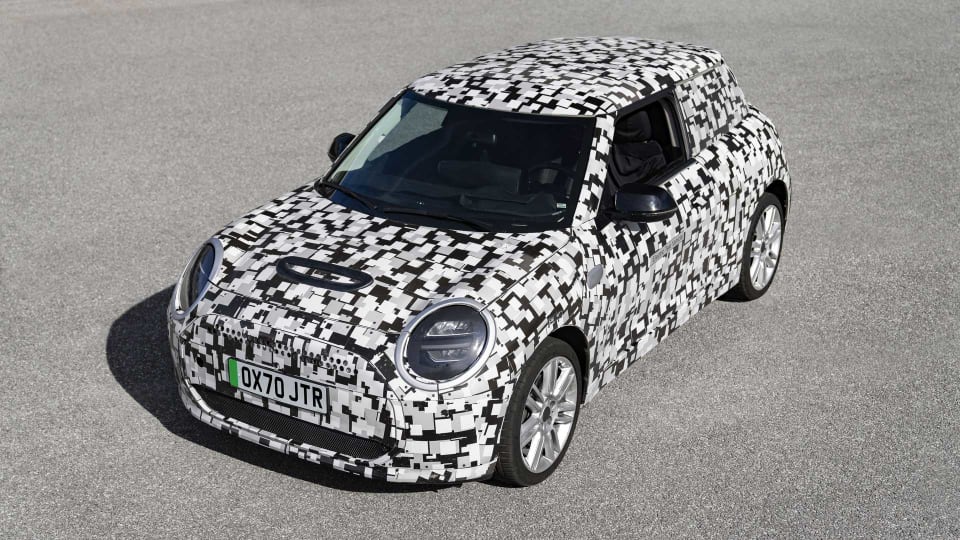 Specs are thin on the ground, as you'd expect for an early pre-reveal teaser. However, Mini confirmed the new model will ship with both traditional internal combustion powertrains as well as electric options. The latter marks a continuing shift towards EVs, as Mini has stated it expects a full 50 percent of sales will be electric by 2027.

The model pictured seems to be an EV itself. This is based on the green stripe on the number plate, available to electric vehicles in the UK. The grille design also suggests an electric drivetrain, rather than being optimized for directing flow to a conventional radiator cooling a combustion engine.

Similarly, the larger Mini Countryman SUV is also due for an update in 2023, and will also be available with internal combustion or electric power. Reportedly, the last-ever combustion-engined model will drop in 2025. Performance fans need not fear change as the brand goes electric, however. Mini has confirmed it is developing electric concepts for future John Cooper Works models, and we saw one such prototype testing at the Nurburgring last year. 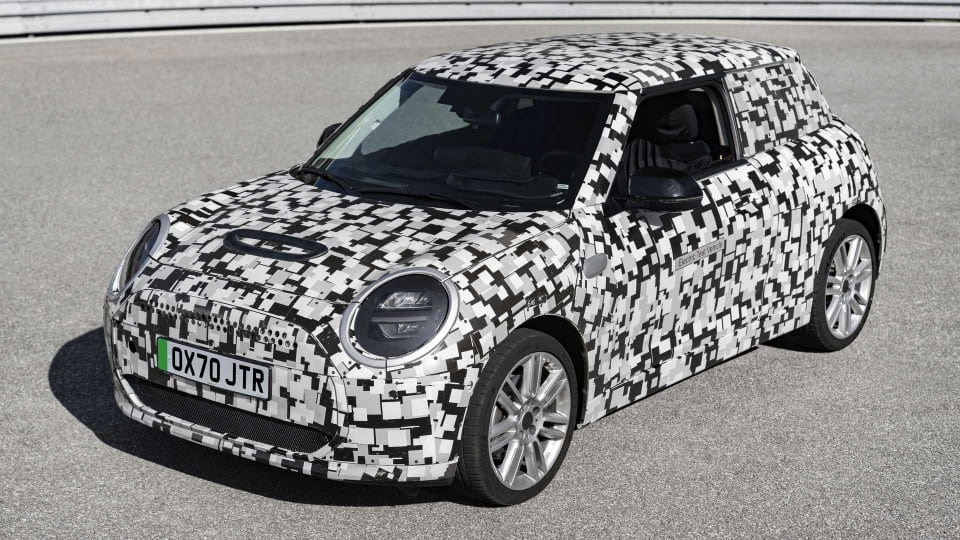 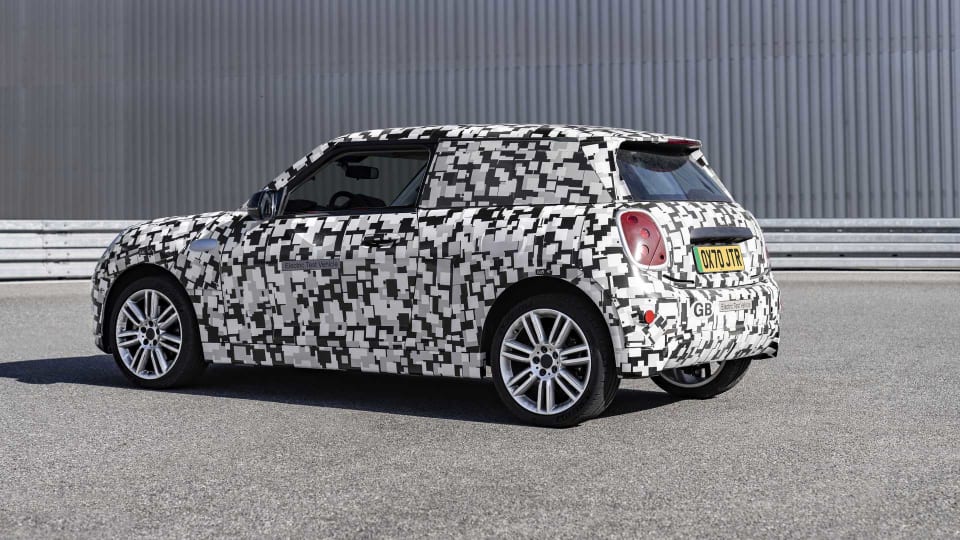 Overall, the new Mini looks exactly how you'd expect. There are big round headlights up front, the usual two-box design, and a generally cute-and-quirky form factor at play. It's almost certain that you'll still be able to get confusing Union Jack tail lights and decals all over the car; at the very least, the aftermarket will step in if Mini doesn't deliver. Fans of the Mod subculture poster car will be surely pleased, and who knows? Maybe this generation will even up the reliability a bit.