A current driver shortage means jobs could be secure for at least the next decade, the study claims. 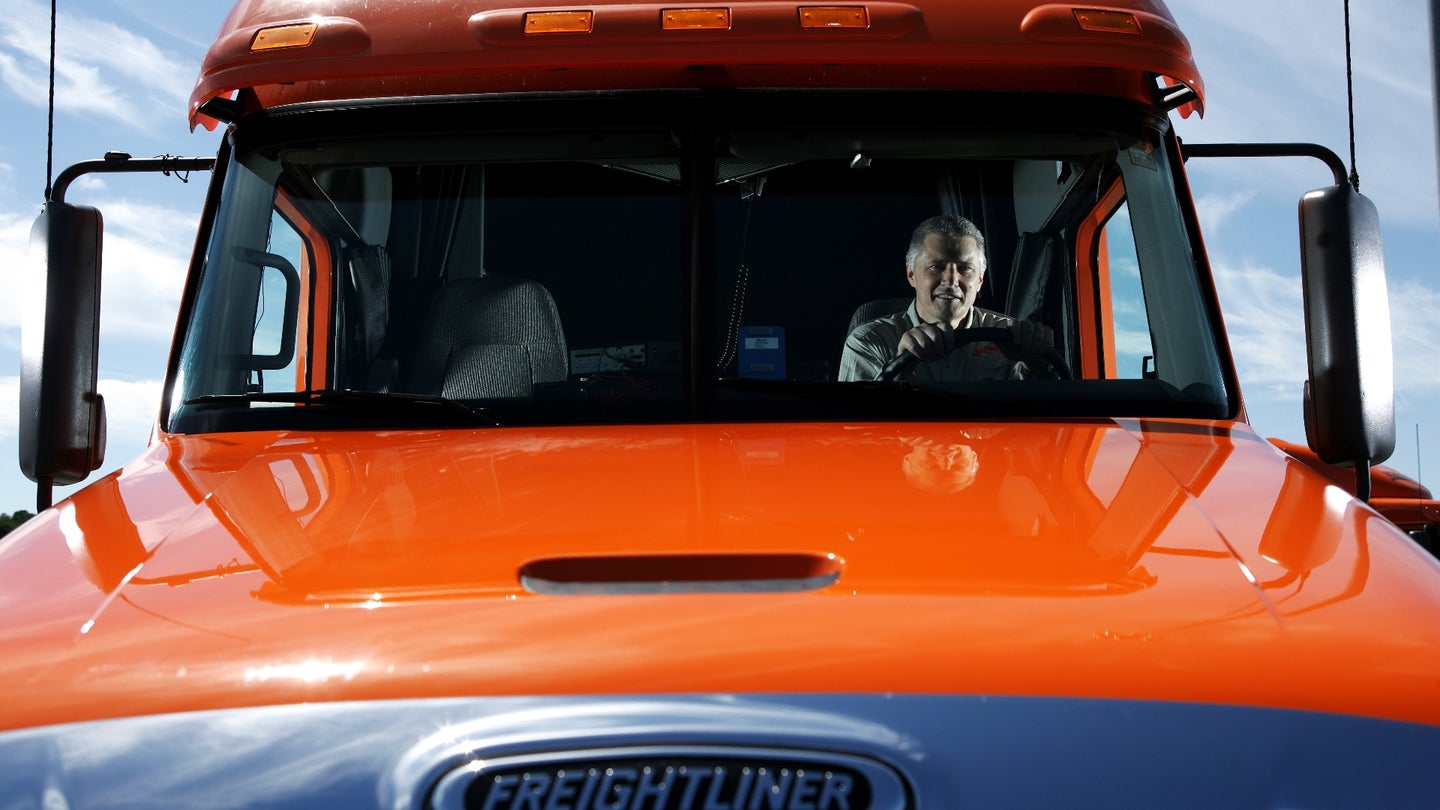 With autonomous vehicles (slowly) on the rise, some people who drive for a living are more than a little uneasy. It makes sense to think that self-driving vehicles could put truck drivers out of a job considering a robot never has to sleep or go to the bathroom. But a new study from the American Center for Mobility suggests the reality isn't quite that simple, and truckers might not need to worry about losing work—at least a while.

Conducted by teams at Michigan State University and Texas A&M, the study claims that “only a modest number of truck driver jobs, if any, will be affected” by the rise of autonomous driving technology in the next 10 years. Since the transportation industry is already struggling with a driver shortage, trucking companies still need people and it sounds like their duties will be changed rather than displaced.

There are ways that autonomy can support truck drivers rather than replace them. For example, a human driver could lead a convoy of a few autonomous trucks that require human guidance to get to their destination. Not to mention the potential safety benefit of autonomy that can help avoid accidents due to drowsiness or distraction.

Also, the study claims that autonomy will help create more jobs in fields like engineering and vehicle monitoring areas to help trucking companies develop and maintain the new technology. Granted, data analysis and cybersecurity jobs require skill sets different from the one needed to double clutch an 18-wheeler, so it’s unlikely that all or even most of the current truck drivers would transition into the new jobs created by autonomy eventually. But for now and the next decade or so, it sounds like truck driving jobs are mostly secure, and possibly even easier thanks to autonomy.

The American Center for Mobility describes itself as “a non-profit testing and product development facility for future mobility, designed to enable safe validation of connected and automated vehicle technology, and accelerate the development of voluntary standards.”