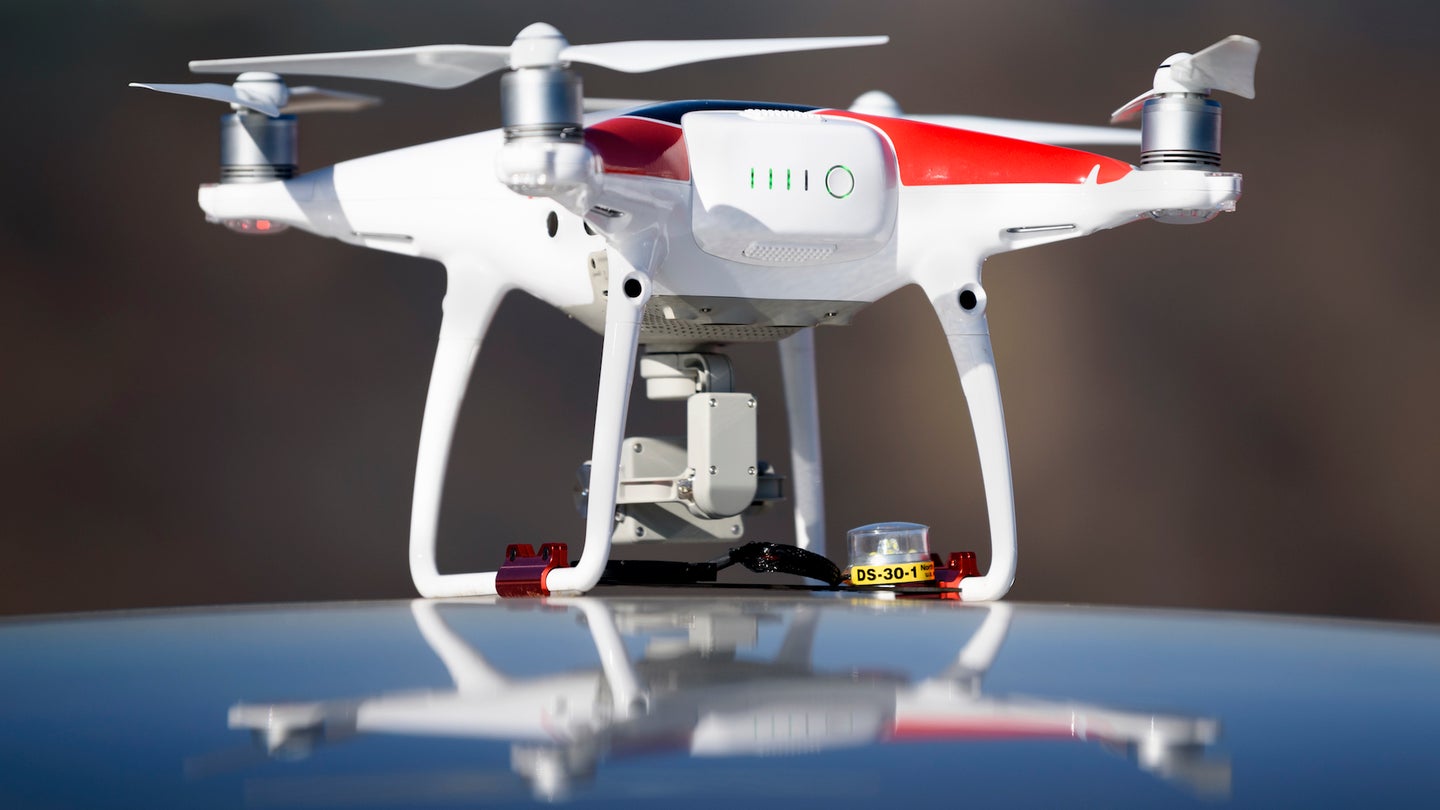 The Royal Cayman Islands Police Service (RCIPS) has been aerially collecting crime scene evidence and conducting remote searches with a DJI Mavic Pro for well over a year now. The drone trial phase has been so successful, according to Cayman News, that the RCIPS has decided to add the DJI Matrice 210 to its fleet. More importantly, however, the RCIPS joined the Cayman Islands Fire Service and Emergency Medical Services (EMS) in a simulated rescue operation involving a drone, helicopter, and rescue boat.

The dummy scenario saw a swimmer in simulated trouble, with the three vehicles aimed to effectively coordinate an efficient strategy between each other. This multi-agency demonstration took place at the West Bay Public Beach, with the police stating this exercise gave them the opportunity to challenge its drone pilots and test its new Matrice 210, which is conveniently capable of carrying two cameras.

Though the Cayman’s Civil Aviation Authority highlighted the increased challenges to air traffic, posed by a rise in drone activity, the RCIPS stated that its Air Operations Unit is legally in charge of regulating its drone equipment and operations. In terms of responsible piloting, the police have successfully trained four Air Operations Unit officers to become professional pilots. A police spokesperson also said that residents will likely see a substantial increase in law enforcement drone missions.

The simulated emergency demonstration, itself, went swimmingly. Home Affairs Minister Tara Rivers said the operation was primarily scheduled to see how effective the various departments were in supporting each other during an emergency mission, and that the end goal would ideally be a formal agreement between them, that would solidify this improved relationship for the public good.

In terms of aerial search and rescue efforts, drones have taken off dramatically in the United States. We recently reported on a study that found 910 state and local police departments, fire departments, and emergency services agencies utilizing UAVs in their day-to-day operations, and it seems like the Cayman Islands are merely attempting to catch up.

While two drones does not a drone fleet make, it certainly seems to have benefitted the local police, and the public wellbeing. This is only the beginning for the Caymans: With one year elapsed, separate agencies now coming together, and an additional drone purchased, the local public offices will surely only continue to bolster their aerial equipment.