Cape's telepresence drones will now routinely aid the police department for up to 10 hours per day. 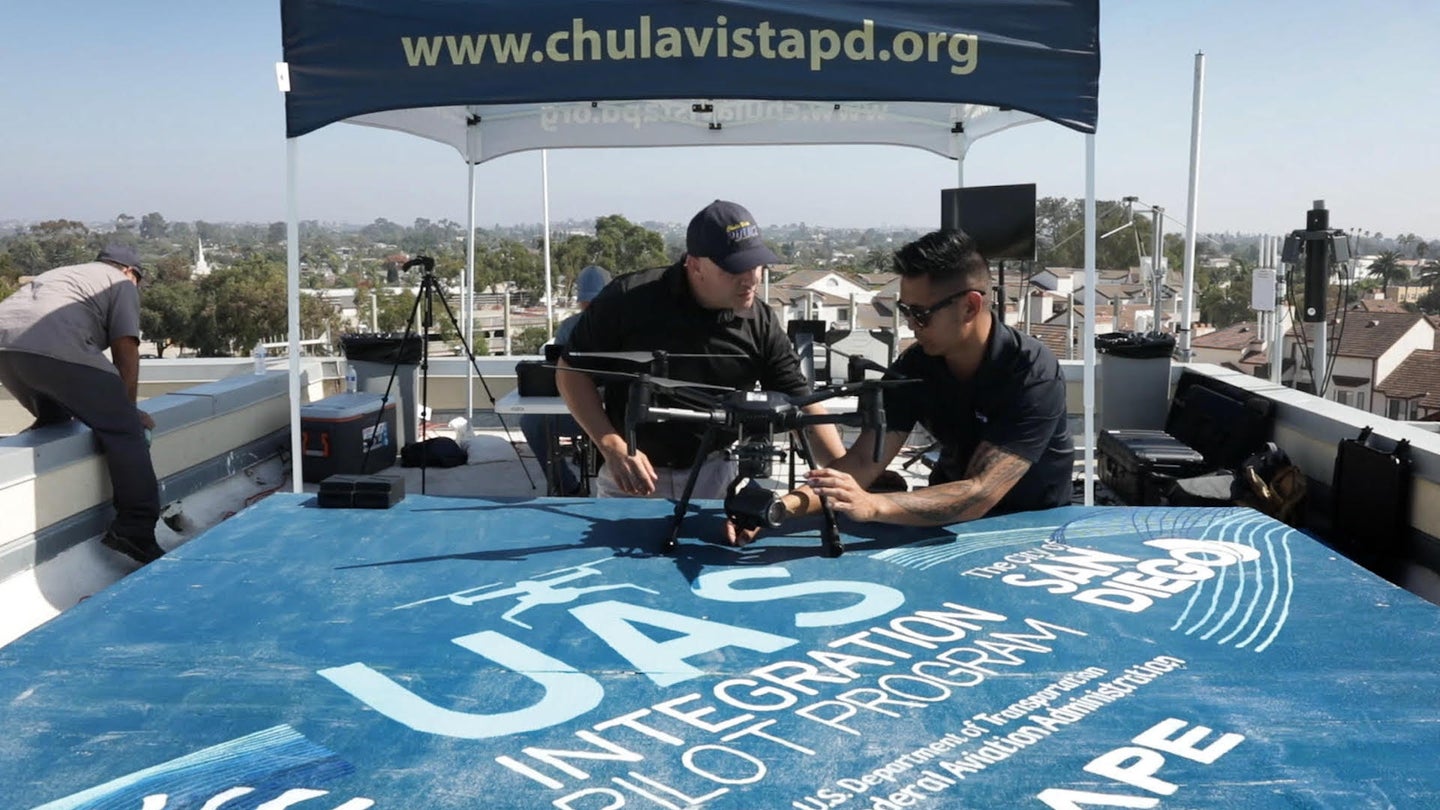 Drone telepresence leader Cape and the Chula Vista Police Department announced Thursday that Cape-enabled drones will officially be implemented into daily emergency response missions. The unmanned aerial vehicles will be deployed for use in Chula Vista 10 hours per day, according to a press release.

In June, the Ensenada Police Department reported over 500 arrests and a 10 percent reduction in overall crime in around eight months as a direct result of Cape’s aerial telepresence. The company is a corporate participant in the UAS Integration Pilot Program where select companies and territories can test unmanned technologies with loosened regulations to advance the industry.

As for Cape’s services, the company’s cloud-based platform provides real-time aerial footage from a drone’s camera feed to both first responders on the scene of an emergency and to those at the command center. Cape essentially provides those in charge of saving lives with a highly advantageous bird’s-eye view, and more effective and informed communication between everyone involved.

The CVPD plans on increasing Cape’s 10 daily hours of added telepresence in the future. As it stands, the drone gets deployed to the highest priority emergency call near CVPD’s headquarters and takes off from the building’s roof. An officer at the station pilots the vehicle to the location of the call, with the drone arriving way ahead of anyone on the ground. The UAV and Cape’s telepresence platform allows responders to see what the scene of the emergency looks like, and how best to prepare for the situation such as what kind of resources to bring and how best to approach.

“Chula Vista is modeling the future of drone integration in public safety by utilizing drones as first responders today,” said Cape CEO Chris Rittler. “We are honored to partner with Chula Vista to lead the effort in shaping the future of safe commercial drone integration in the U.S. We look forward to contributing to work with CVPD and the City of San Diego to increase the safety of residents and first responders.”

In August, Cape and the San Diego Fire Department deployed the first public UAS Integration Pilot Program drone in the city's history. Weeks after the demonstration, Capt. Vern Sallee, who manages the CVPD drone program, said the department is considerate of the community’s privacy concerns and wary of moving too fast. This particular kind of discourse occurs whenever a public safety agency looks toward camera drones to improve its efforts.