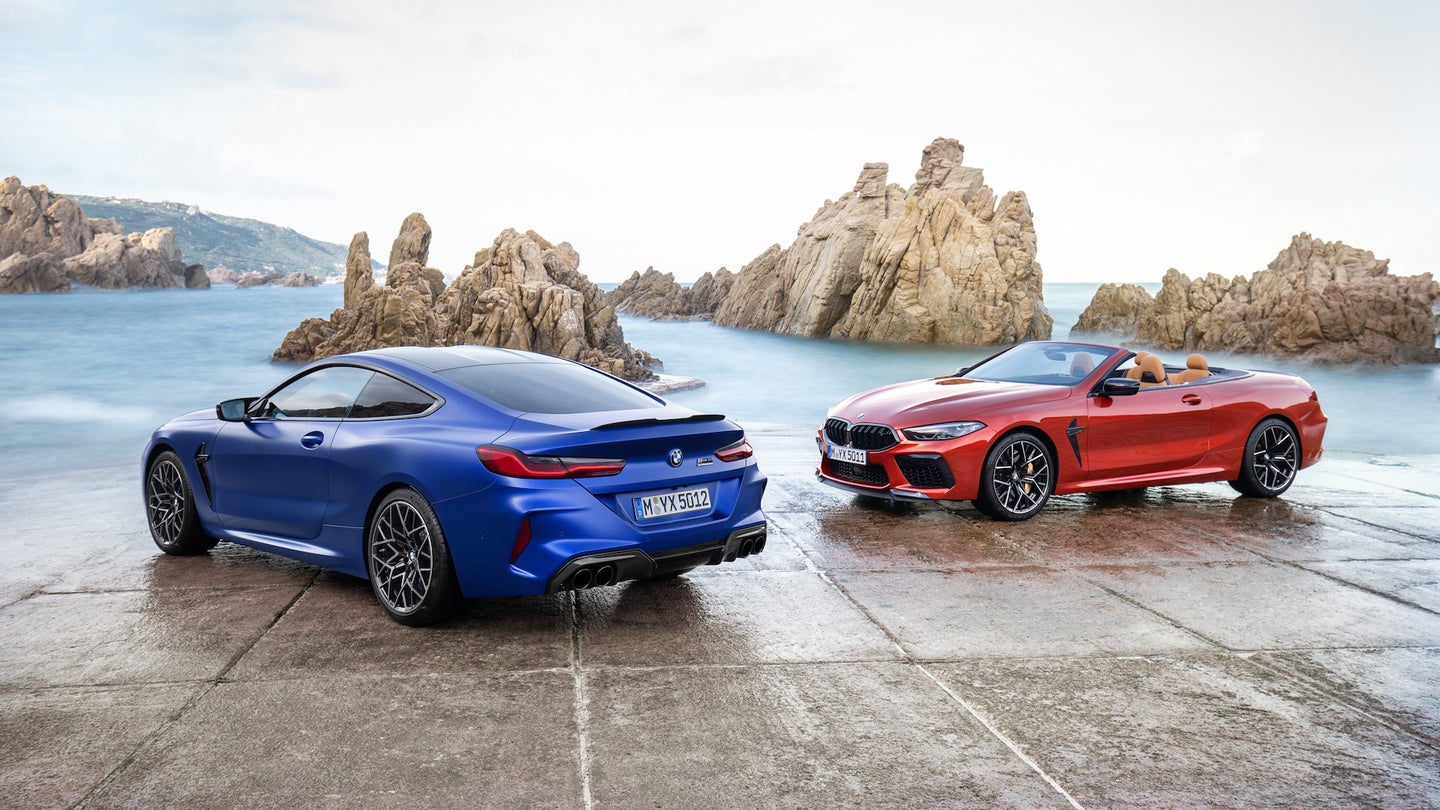 Automakers are scrambling to right the ship after an already rocky outlook on 2020 was sucker-punched by a global pandemic. If a report by BMW Blog is to be correct, the consequences of those efforts are starting to manifest themselves in the most obvious ways: inventory control. North American BMW dealers are reportedly sitting on a glut of M8 Coupes and M8 Convertibles, and have so many in stock that the company is hitting the pause button on new deliveries.

It’s all your fault, really. Well, more specifically, it’s the fault of people who are able to drop anywhere from $133,000 to $155,000 on a new BMW but aren't doing so. As BMW Blog points out, dealers simply can't get inundated with additional inventory, which would not only affect their in-house logistics but also create a brand, image, and price problem. So, halting incoming cars seems to be an easy fix, per se.

Vehicle sales of all types have taken a battering this year, as people either avoid making big purchases like cars and houses, or avoid heading to a dealership amid a virus pandemic. BMW reported that its second-quarter sales fell 39 percent, with both cars and SUVs seeing similar drops. Cars, in general, have become a tougher sell in the United States as many buyers look for larger vehicles like crossovers and SUVs.

The inventory shift leaves the M8 Gran Coupe as the only M-badged 8-Series seeing new shipments for now. It’s slightly cheaper than the Coupe with a starting price of $130,000 instead of $133,000—and despite its moniker, has four full-size doors so it's a bit more practical and therefore an easier sell.

If you were hoping to spec a variant of the M8 for yourself, you’ll now have two choices: you can visit a dealership to see what they’ve got on the lot, though it may not be the exact model you’re looking for, or you can shop out-of-state and take a couple of days off to pick up your new ride. Can't hurt, right?

We've reached out to BMW for comment and will update when more information becomes available.